Women often think a man will automatically respect them if he loves them.

But this isn’t always the case.

You’ve got to teach a man to respect you by learning how to make him respect you.

How To Make Him Respect You 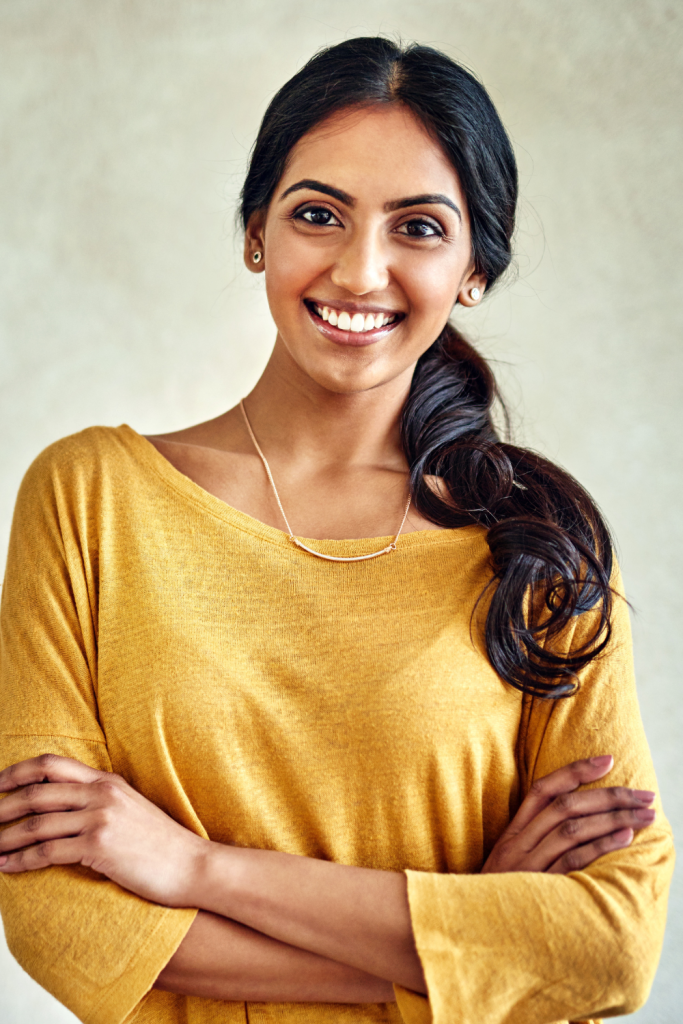 It’s not about being cocky or arrogant but about knowing that you’re worth more than someone who doesn’t treat you right and that you deserve to be respected.

Your self-worth will determine how you treat yourself and how you let others treat you.

Let’s face it: You can’t expect a man to respect you if you don’t know your self-worth.

If you don’t know what makes you special and unique, how will your man see it?

You might think that it’s not important to know what makes you great—that if he loves you for who you are, then that’s all that matters.

But here’s the thing: If you don’t know what makes you great, how will he ever be able to see it?

The truth is that men love and respect women who know their own value.

So, make sure that you can answer these questions: Why am I valuable? What makes me worth being loved by someone?

Once you have those answers, you’ll have the foundation on which to build any relationship with confidence and strength.

2. Don’t let fear keep you from speaking up 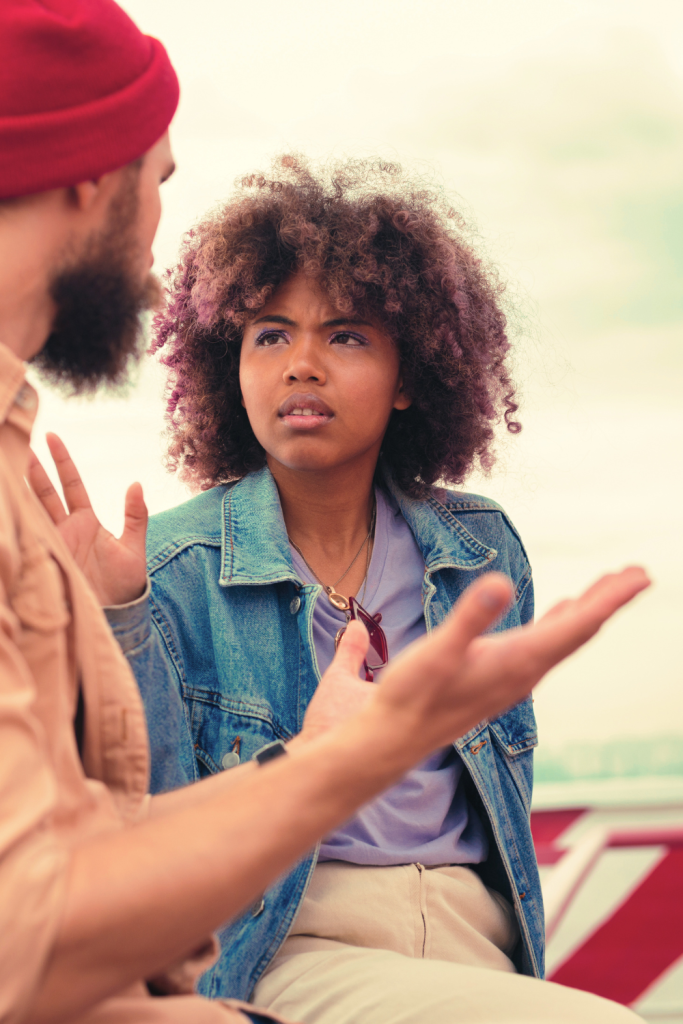 Sometimes as women in relationships, we do not speak our truth because we don’t want to hurt our partners or be thought of as difficult.

But that’s no way to build a relationship based on mutual respect and trust.

You have every right to speak your mind and say whatever is on your mind—even if the other person doesn’t like it or disagrees with you.

You shouldn’t feel guilty for expressing yourself in any way that makes sense for your situation.

This doesn’t mean you should be disrespectful. Attitude is everything.

It’s not just what you say but how you say it.

So when a man comes at you disrespectfully, don’t let it slide off you like water off a duck’s back.

Stand up for yourself and tell him you’ll not be disrespected.

If you don’t, he’ll think you’re okay with being treated the way he treats you.

Whatever you tolerate will continue. 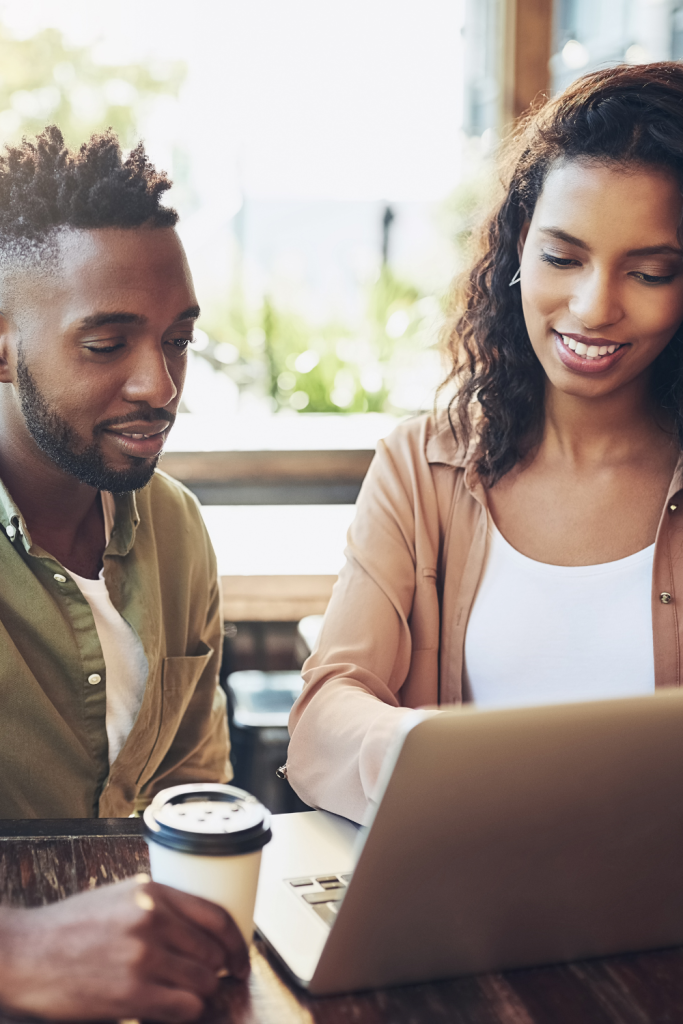 If you want to make your man respect you, it’s important that you be a woman of value.

You can’t just sit back, relax, and expects him to respect you automatically.

It’s your job to be a woman of value.

It means that you have to be someone who he can look up to, who he wants to spend time with and talk to.

It means that you have to be someone who inspires him with his own life goals and dreams—and makes those goals and dreams seem attainable by being an example of the kind of person who can achieve them.

You’re not a lowlife he can treat anyhow.

You’re a woman of substance who has integrity and is authentic.

You’re honest about your feelings and actions and can be counted on to do what she says she will do.

You don’t need to be perfect to be a woman of value. 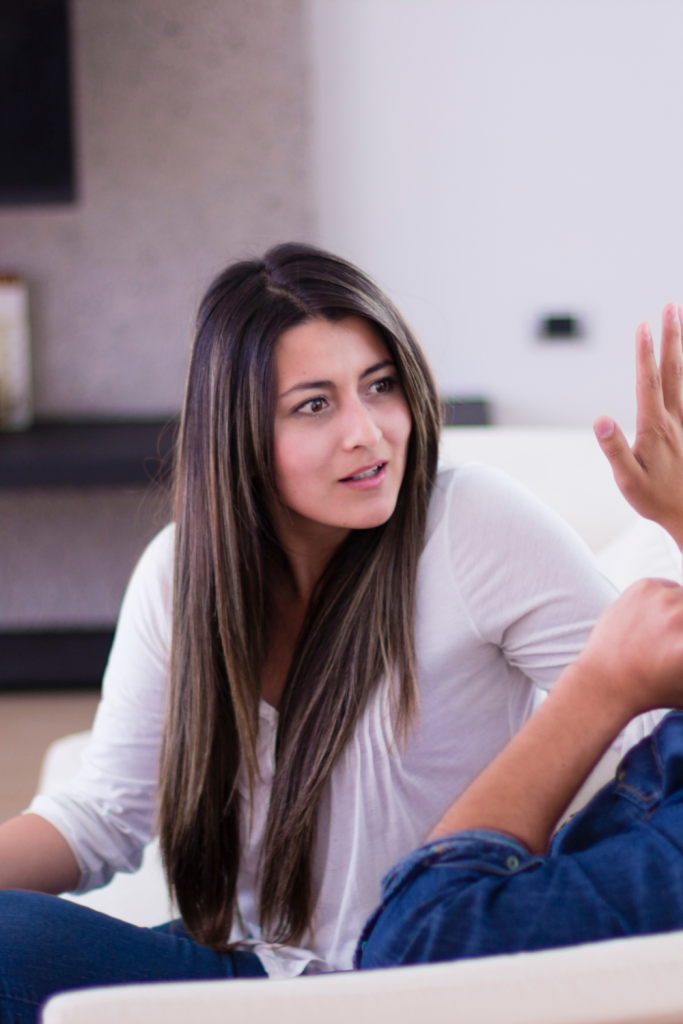 Every relationship needs boundaries, and the best way to make sure your man knows that you’ve got them is to tell him.

Tell him what you expect in your relationship—what he needs to do or not do.

If you want him to stop flirting with other girls, tell him so.

If you’re hoping that he’ll be more open about his feelings, let him know.

Be clear about what you want from him and what he can expect from you in return.

Once the lines are drawn, it will be easier for both of you to stay inside them.

Define your boundaries with confidence.

Part of defining your boundaries is letting him know your dealbreakers.

When he knows that if he’s guilty of any of your dealbreakers, you’re walking out of the relationship, he’ll take you more seriously.

You deserve to be treated with respect, and that means you have to start by giving yourself the same respect.

Respecting yourself means believing in yourself, your choices, and your ability to make choices for yourself.

It’s about knowing what you want and going after it.

And if you don’t know what you want?

But we can all agree that there are some things we should never settle for:

-Being taken advantage of

When you respect yourself, you won’t let yourself be treated this way.

Also, when you respect yourself, you’ll refrain from doing things that could bring disrespect your way.

Things such as lying, cheating on him, using foul language, depending on him for everything, etc.

If you want to be respected, keep your promises even if it is inconvenient.

If you always say yes but never follow through with your commitment, he will lose all respect for you because he can’t depend on you.

A man will respect a woman who will do what she says she’ll do because this shows that she has character, that she’s reliable and trustworthy, which are qualities every man wants in a partner.

7. Respect his need for space 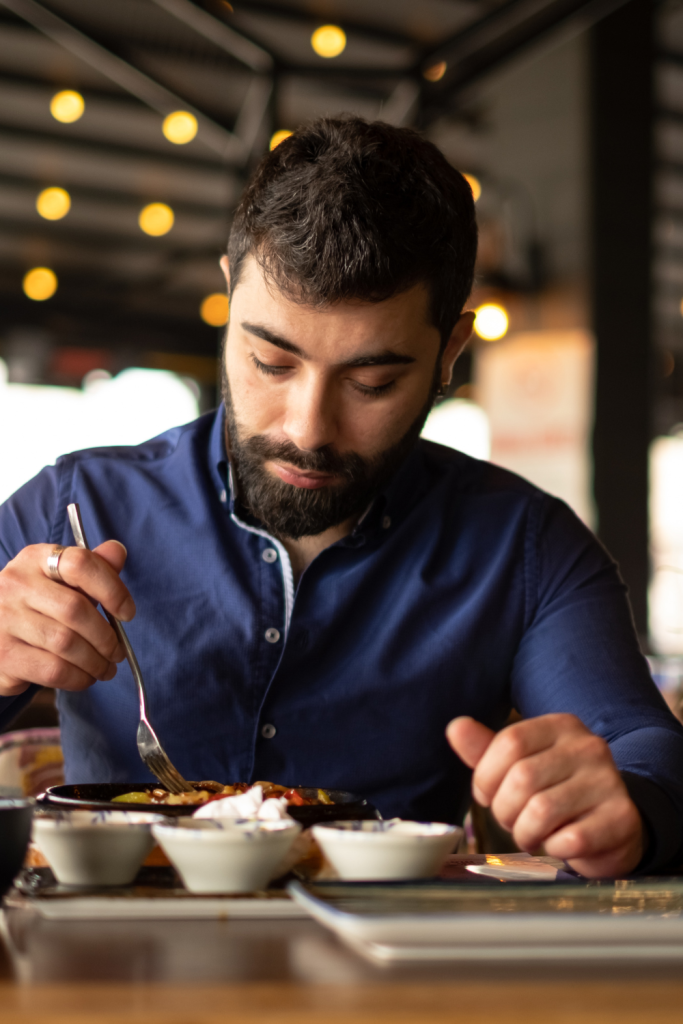 Just because he’s your man and you’re his woman, that doesn’t mean he’s going to want to be around you 24/7.

He needs time to himself just like you do.

Don’t call him all the time.

Don’t always check up on him.

And don’t be controlling or possessive either.

Give him some space, and let him know that you understand and respect that need.

Don’t be a clingy girlfriend who is a burden more than a blessing to her man.

It’s hard to respect a clingy girlfriend who has no life outside of her boyfriend.

Get a life. Pursue other interests outside of him.

Have fun by yourself and with friends and let him see that he’s got an independent woman who can take care of herself. 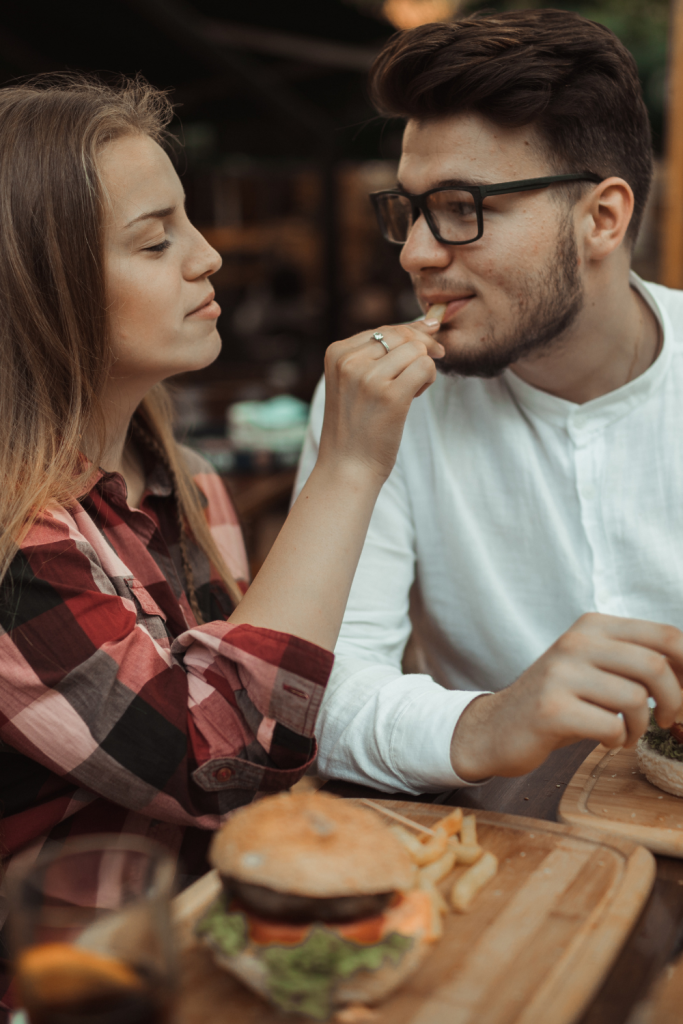 Respect is the foundation of a relationship. Without it, there is nothing.

Respect is a two-way street, and men love to feel respected.

If you want your man to respect you, then make sure that you give him the same respect in return.

If you respect your man, he will be more likely to respect you in return.

Talk to him respectfully.

Don’t nag or criticize him all the time.

Men love being appreciated by their partners, so if your guy does something nice for you or makes an effort every once in a while, then be sure to thank him for it.

Just live by the golden rule: do unto him what you want him to do to you.

Treat him the way you’ll want him to treat you.

You’re likely to succeed in how to make him respect you by doing these eight things.

And if he doesn’t respect you, do not hesitate to dump him.

You deserve a man who values and respects you. 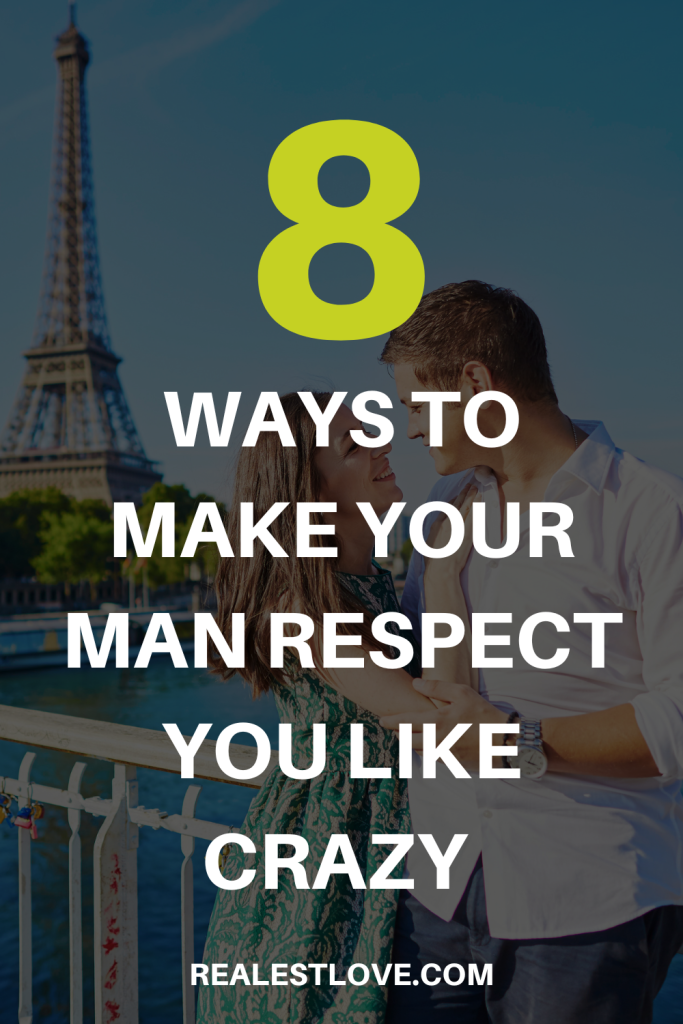 How To Make Him Crazy About You