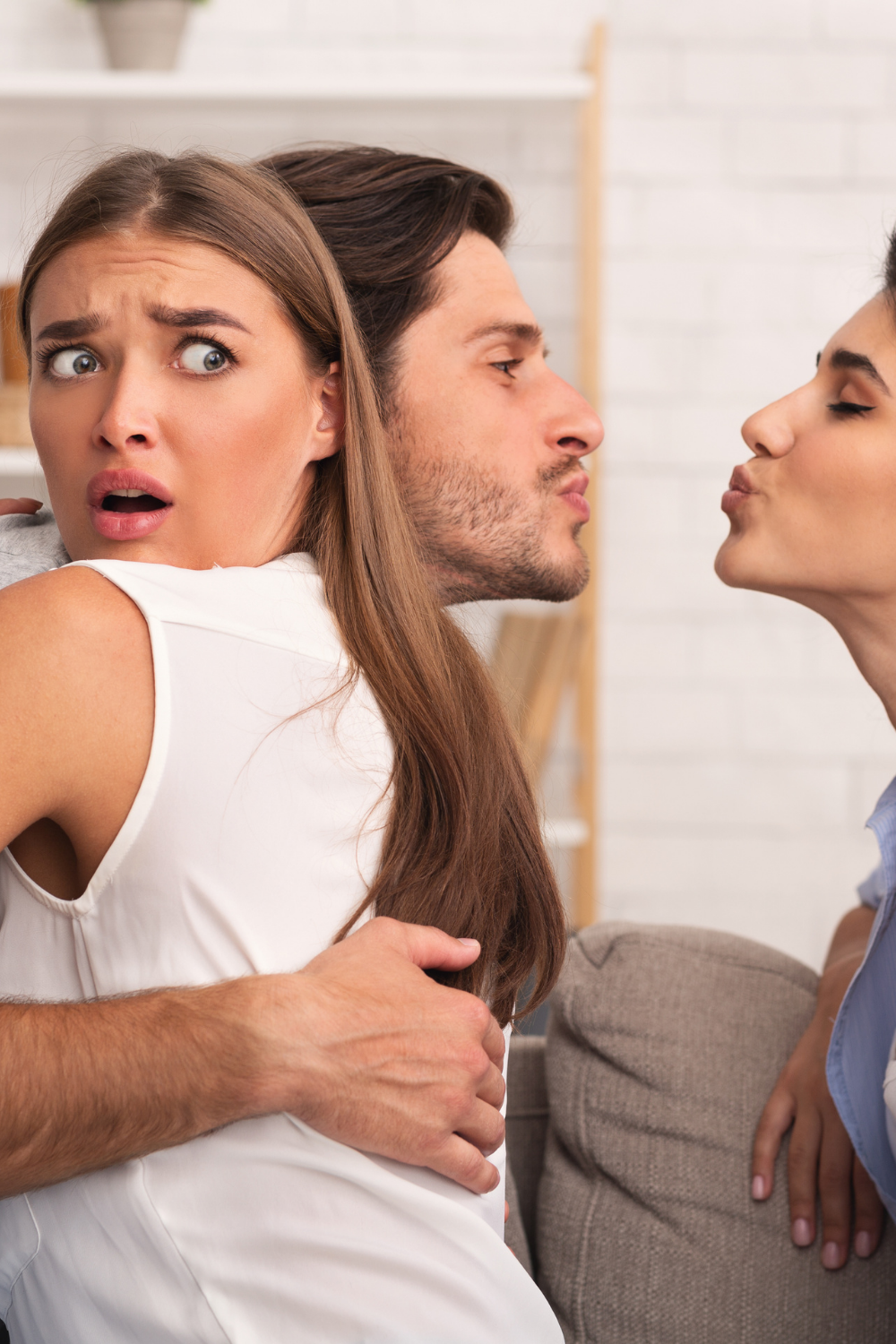 Every woman, including women who were raised to see polygamy as a norm, desires a man who will be faithful to her and only her.

If this is your heart’s desire, ensuring you don’t end up with a man who lacks the capacity to be committed to you alone starts from the dating period.

You want to look out for signs he will cheat on you, so you know whether you and your man are an endgame or not.

It’s not that hard to predict if a guy will cheat on you.

You just have to look for the signs because the signs are always there.

Here are some of the signs he will cheat on you:

14 Signs He Will Cheat on You 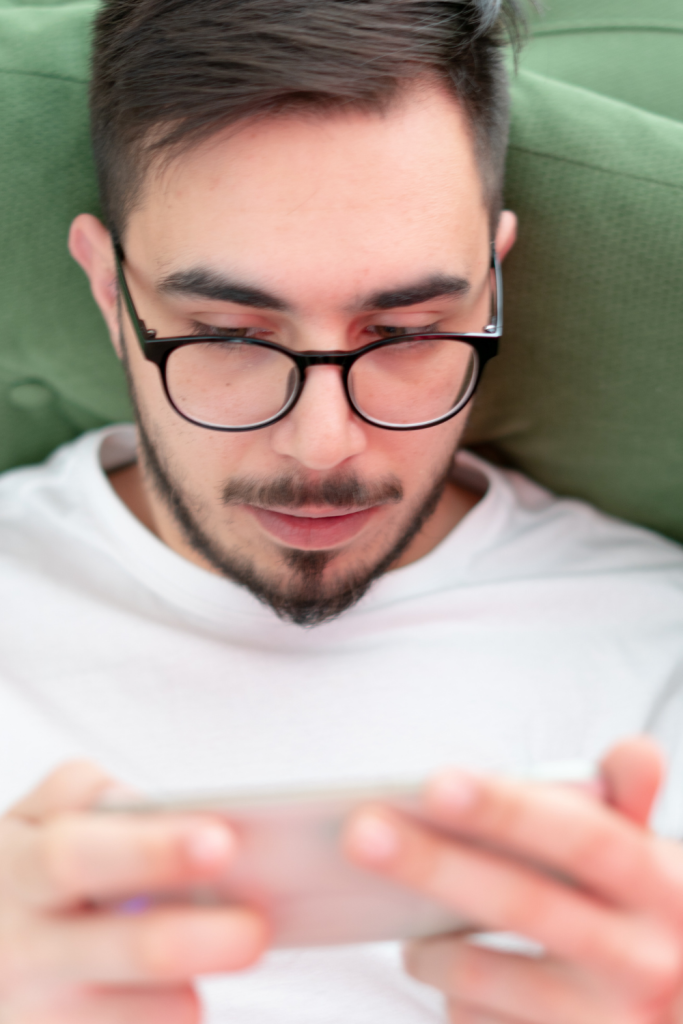 In a healthy relationship, partners should be able to pursue other interests outside of their relationship because clinginess is never attractive.

However, if your man desires space more than usual, especially if he’s not an introvert who needs plenty of time to recharge, he might not be one for emotional connection.

It’s easier for a man to cheat on a woman they’re not emotionally connected to, and you need quality time to build an emotional connection.

So, if he wants way too much time away from you, it could be to pursue other interests that do not include you, i.e., other women. 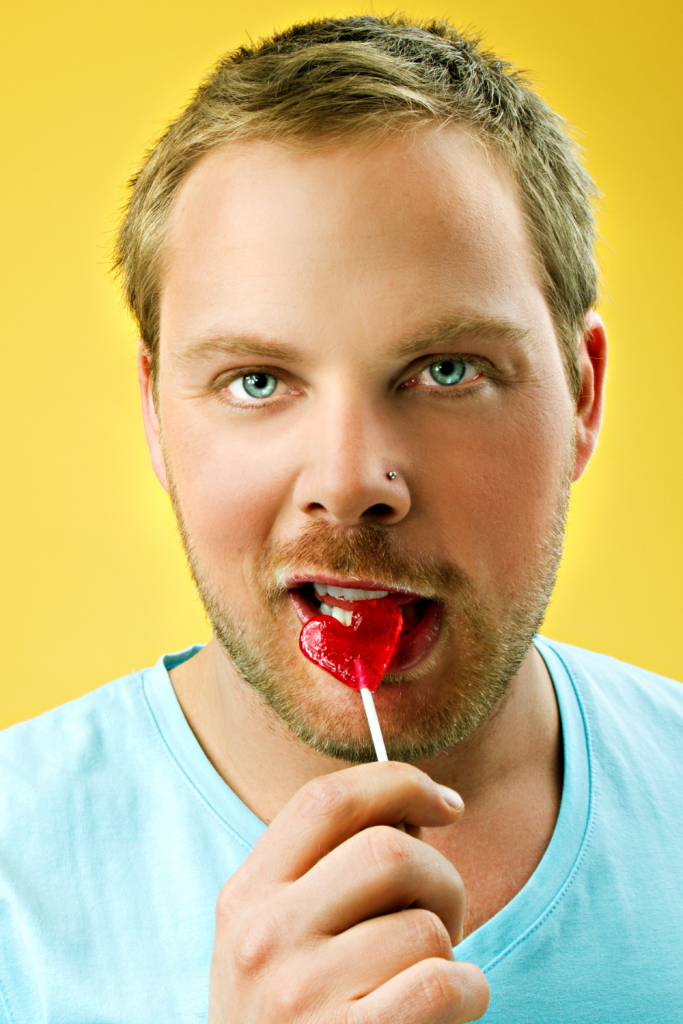 The reality is that everyone is a little bit flirty, but some people are more so than others.

Men who are constantly seeking the attention of others, especially women—and especially when they’re in your presence—are prone to cheating.

Flirty guys are the worst.

They’re always talking to other women and telling them how much they love their hair, shoes, or whatever.

And then you’re sitting there like, “Wait. Did he just say she had nice shoes?”

The thing about flirts is that they don’t know how to be faithful.

They’re too busy thinking about all the other women in the world, so they never stop to think about the one who’s right in front of them—you!

Flirting can be harmless and fun, but it can also be a warning sign if your man’s flirtatiousness doesn’t have boundaries.

It shows a lack of respect for you and your feelings.

3. His friends are bad influences 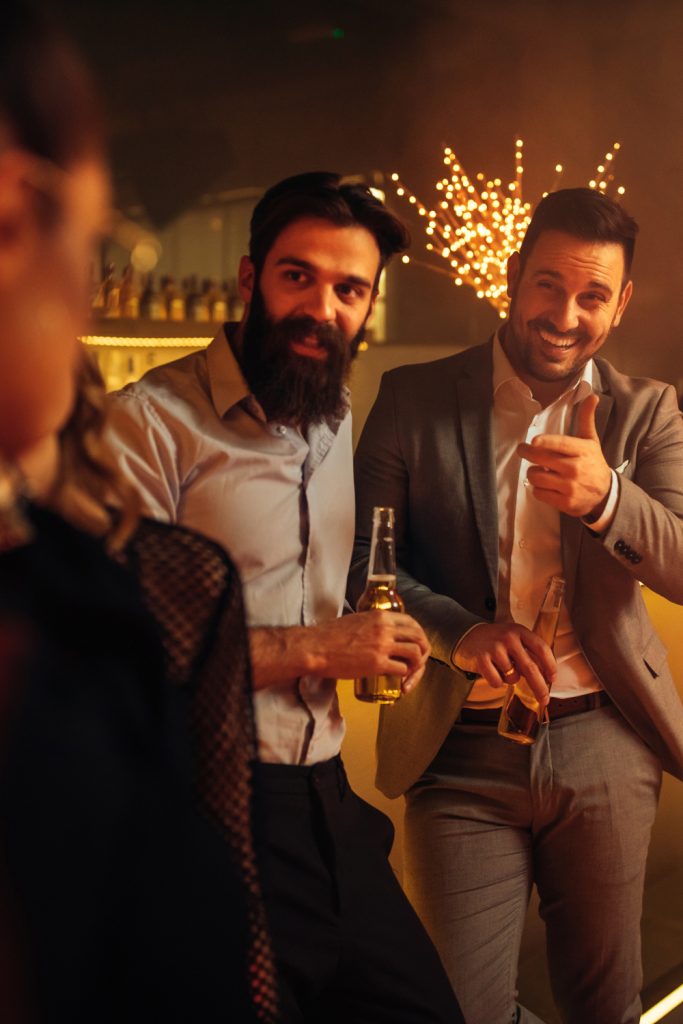 “Show me your friend, and I’ll tell you who you are.”

He will learn bad habits if he hangs out with the wrong crowd.

It’s as simple as that.

Our friends influence us in ways our minds cannot capture.

If his friends are unrepentant cheats, he’ll learn their ways, even if not now, but eventually, he will.

4. His family members, especially his father, don’t see cheating as a problem

A person who is willing to cheat on their partner often comes from a background where cheating was common and acceptable.

If his family members aren’t big on faithfulness, trust that he won’t, too, especially if he values their opinions.

5. He believes phones and PCs should be off-limits even in marriage

Many people, especially millennials, are glued to their phones and use them as their primary means of communication.

But this behavior is a red flag for infidelity, especially if he doesn’t want you near his devices.

If he never puts down his phone or tablet even when in the same room as you, it could mean that he’s hiding something from you.

If he’s not doing that yet, but he believes that husbands’ phones should be off-limits for wives, that’s a huge warning signal he’s a potential cheat.

6. He has wandering eyes 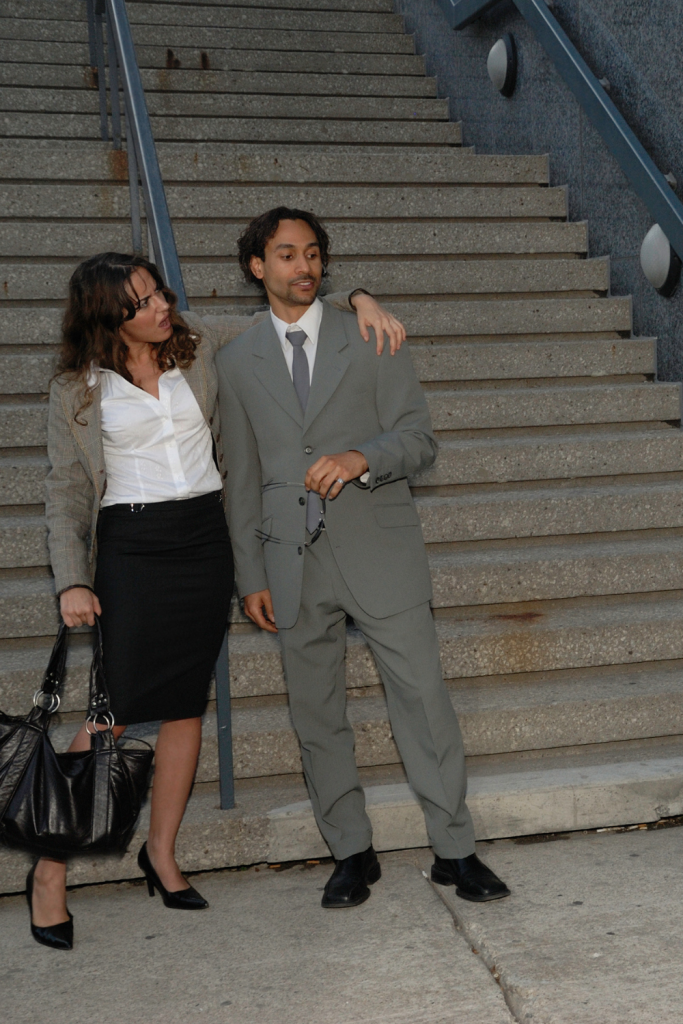 If your boyfriend is always looking around the room, checking out other women, or getting distracted by their presence, he’s probably going to cheat.

Of course, you don’t expect him to become blind just because he’s in a relationship with you.

We all look at others and admire some of them.

However, it’s different when a man has wandering eyes.

He actively looks at other women. He stares at them.

7. He’s obsessed with his looks 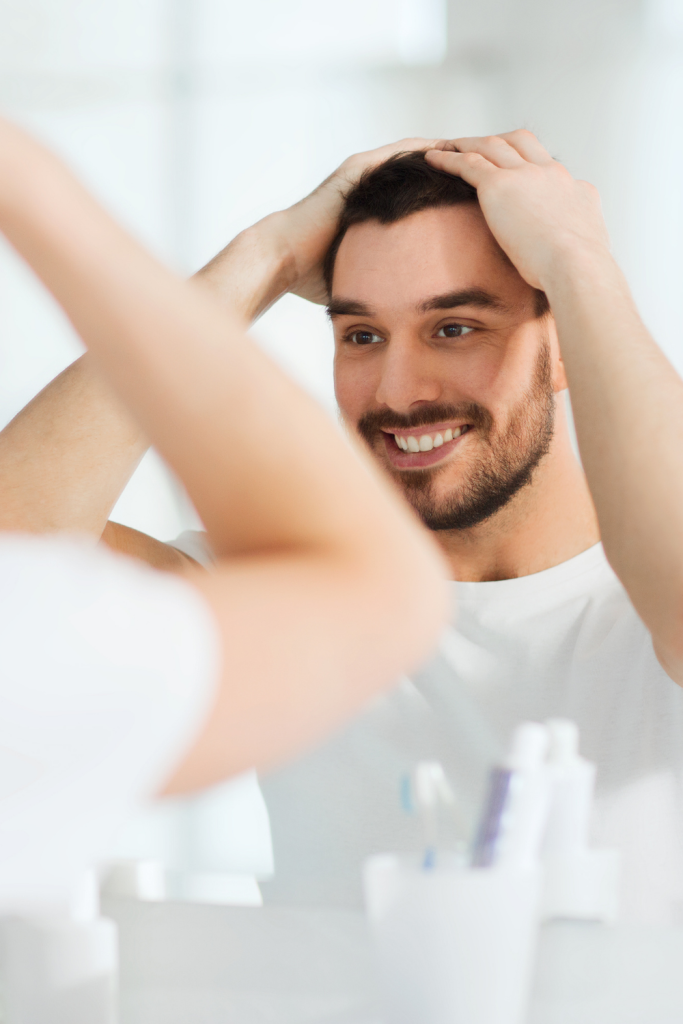 If he’s going to cheat, he needs women to see him as attractive, so he has to be obsessed with looking good.

A real man should care about his appearance; of course, every woman is attracted to a man who takes care of his looks.

But a potential cheat OBSESSED with his appearance, in a way that might even irritate you.

Maybe he’s always checking himself out in the mirror, spending hours getting ready to go out.

Maybe he stops mid-conversation to fix his hair.

Perhaps he has a collection of cologne bottles or spends a lot of money on his grooming products.

He talks about the latest fashions and always seems to know what’s in style.

He asks you what you think of his outfit before he leaves the house.

He spends more time in the gym than necessary.

If his concern about his looks makes you uncomfortable, that might be telling you something.

However, some guys don’t care about their looks and still cheat anyway.

They believe they can get any woman they fancy, no matter how they look.

8. He has a history of multiple partners 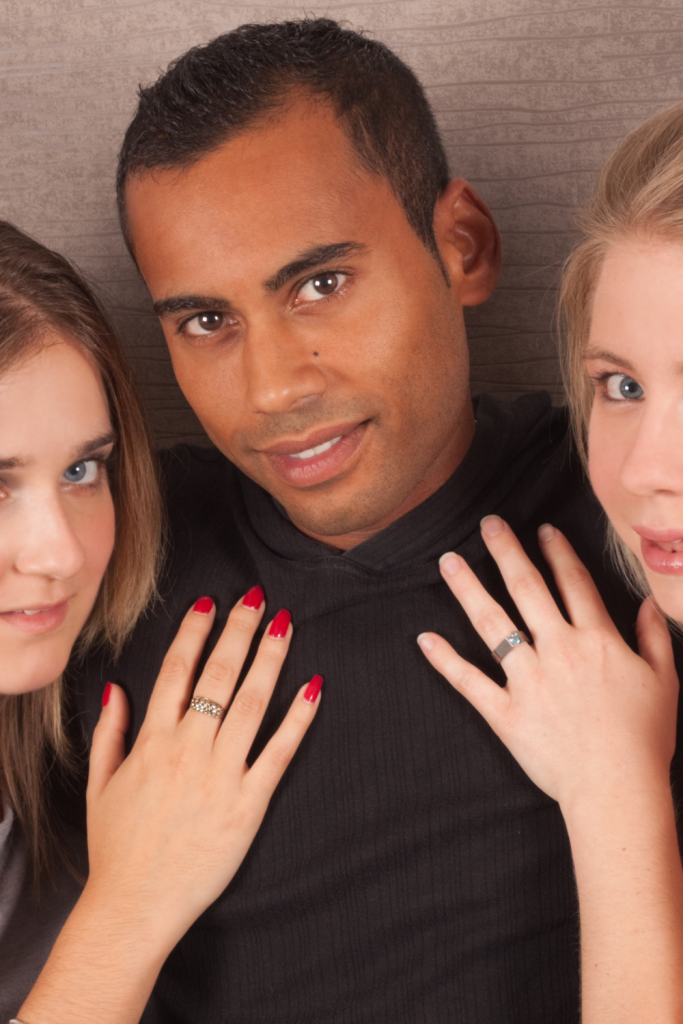 If your partner has a history of multiple partners, he is at a higher risk of cheating on you.

Men who have had many sexual partners are more likely to be unfaithful than men who have only had one partner.

This may be because they have been exposed to more opportunities for infidelity and have learned that it is easy to get away with it.

They may also be more likely to act on their impulses without thinking about the consequences.

9. He lies, even about little things

To be a cheat, you have to be a master at deception.

If you’ve caught him lying several times, even about little things, then it’s almost guaranteed that he’ll lie about big things too.

If he doesn’t think twice about lying to you now, why would he start thinking twice when it comes time to cheat on you?

10. He doesn’t respect the sanctity of marriage

People who are unfaithful to their spouses don’t respect the sanctity of marriage.

So, if he doesn’t understand the value of a loving relationship that lasts forever (like marriage), you should be very wary.

He believes that there is no such thing as a sacred commitment between two people.

A boyfriend who truly values marriage will not cheat on you because he believes that marriage vows are sacred and should be taken seriously.

A man who doesn’t place so much value on marriage will likely cheat on you at some point in your relationship or marriage.

11. He doesn’t have self-respect

If a man doesn’t have any self-respect, he would not care about his marriage vows and therefore wouldn’t hesitate to cheat on you.

Sometimes, cheating isn’t about you or the other woman; it’s about a man who lacks the self-respect to be committed to his woman.

A man who lacks self-respect can do anything shameful. 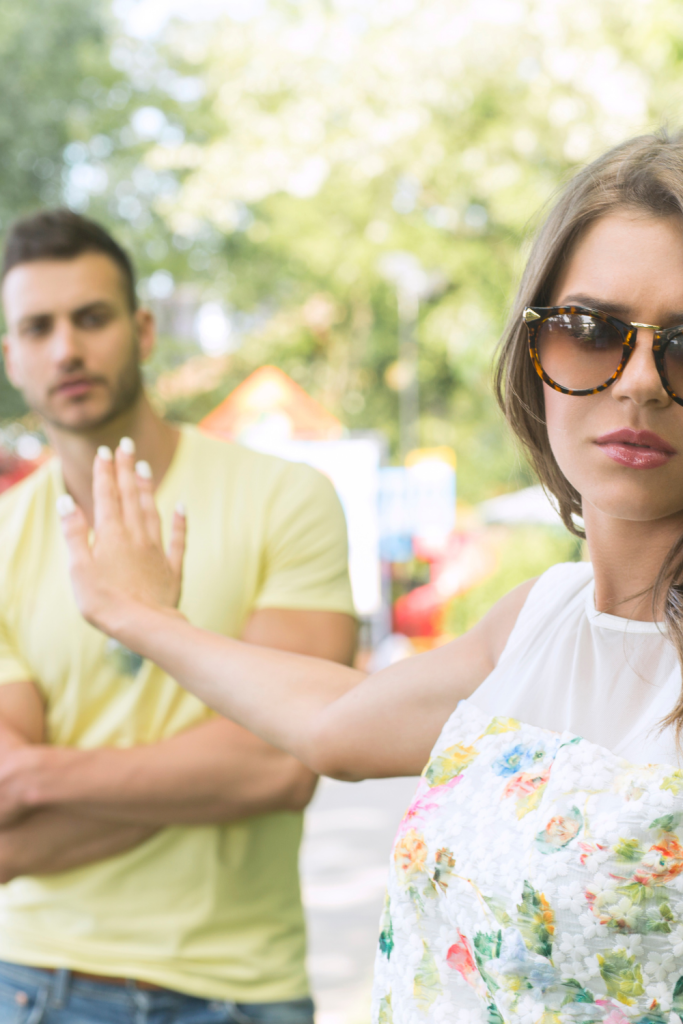 Having respect for others means that we take their feelings into consideration when making decisions.

If a guy doesn’t have respect for you, he’s probably going to cheat on you because he doesn’t care about you being hurt.

He can cheat on you without feeling guilty or remorseful because he doesn’t value you anyway.

13. He has cheated with you on a girl

This isn’t about karma or anything but a pattern in his behavior.

If he has cheated with you on his ex before you became the main chick, what makes you think he’ll be faithful to you?

You’re a sweetheart, but what makes you special or different from the girl he cheated on with you?

14. He doesn’t respect women in general

If you are in a relationship with a man who doesn’t respect women and who objectifies women, he’s likely to cheat on you.

With his mindset, he can use and dump women at his will.

If the man you’re dating exhibits any of these signs and cheating is a deal-breaker for you, it’s better to take these red signals seriously and make the right decision for you.

Even if these signs aren’t an indication that he’ll cheat on you, no man should treat his woman in any of these ways. 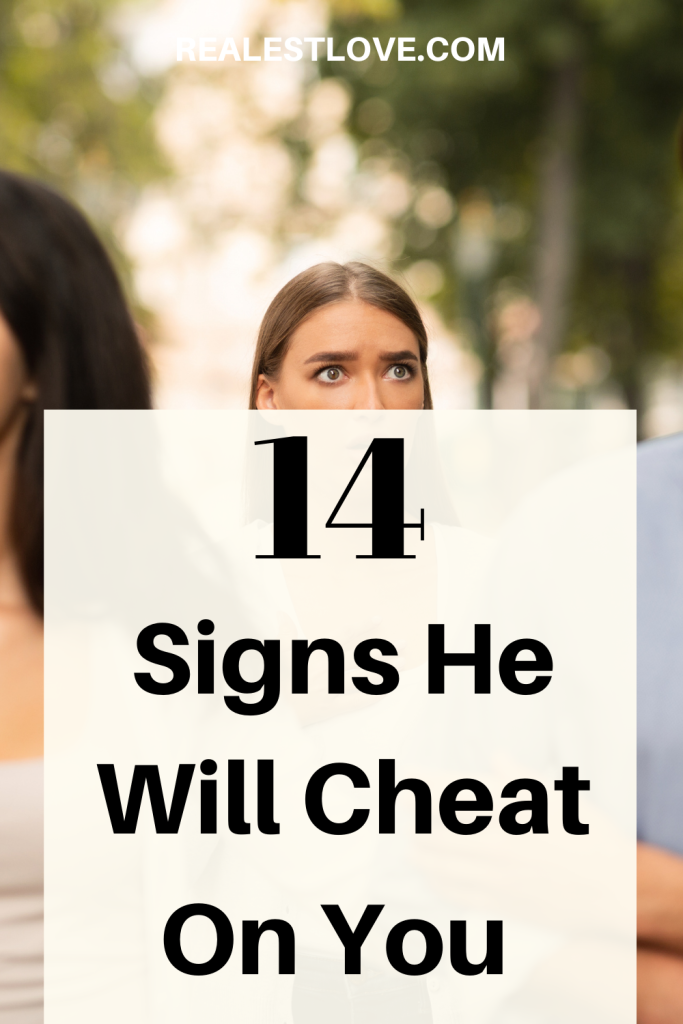