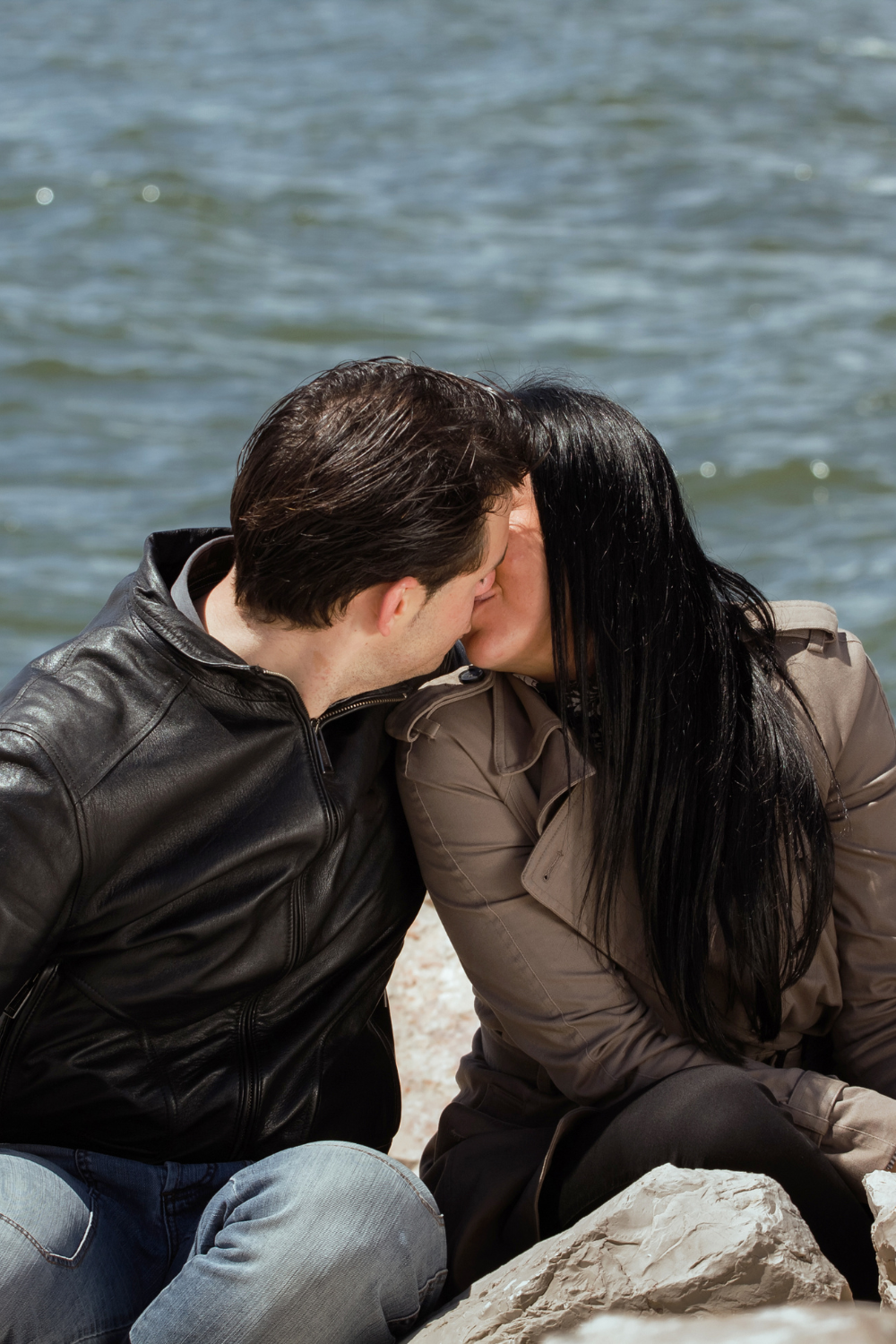 Every woman wants to be loved, cherished, and adored by her partner.

However, not all relationships are as they seem.

Sometimes, we can be in a relationship with someone who isn’t really into us – he’s just pretending.

If you’re starting to think that your guy might be faking it, here are the signs to look out for:

13 Subtle Signs He Pretends To Love You

1. He’s always busy and doesn’t have time for you 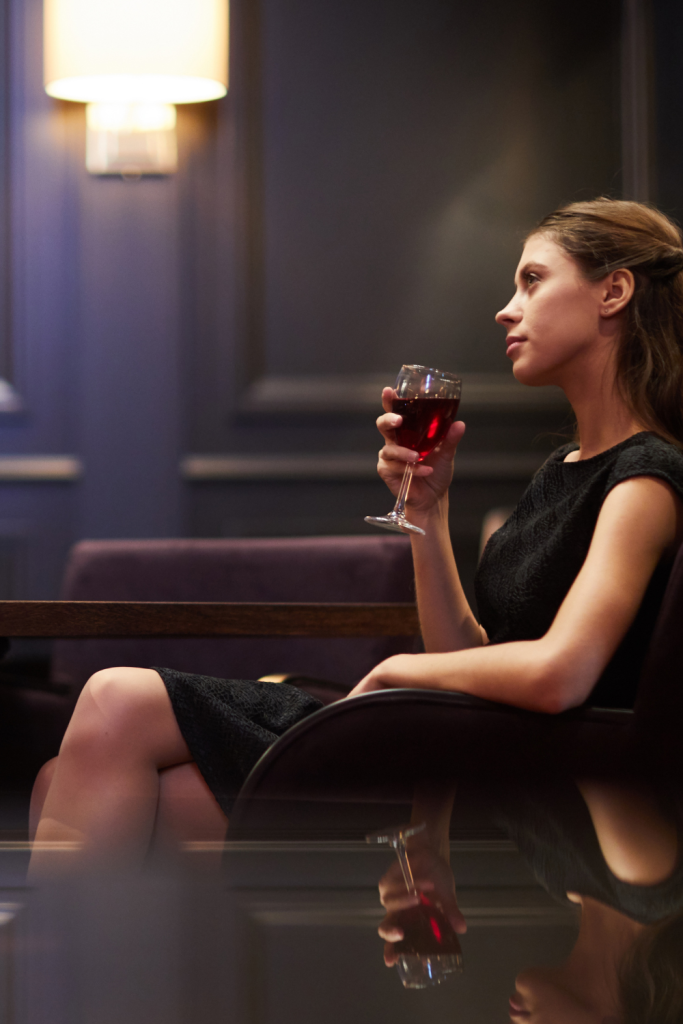 If your man is always busy and never seems to have time for you, it’s a sign that he might not be as in love with you as he pretends to be.

He may be using you as a placeholder until something better comes along, or he may simply be enjoying the benefits of having a girlfriend without having to put in the effort of being a good partner.

A man who loves you will make time for you, no matter how busy he is.

If he’s always too busy to spend time with you, it’s a red flag.

One of the clearest signs that he pretends to love you is that he’s simply not interested in your life.

He doesn’t seem interested in learning about you and what’s important to you.

A man who loves you will be interested in every aspect of your life, from your work to your hobbies to your family and friends.

If he’s not interested in knowing you for who you are, something is definitely off.

This lack of interest can be a real turn-off, and it’s a sign that he’s not truly invested in the relationship.

3. He never wants to spend time with you outside of the bedroom 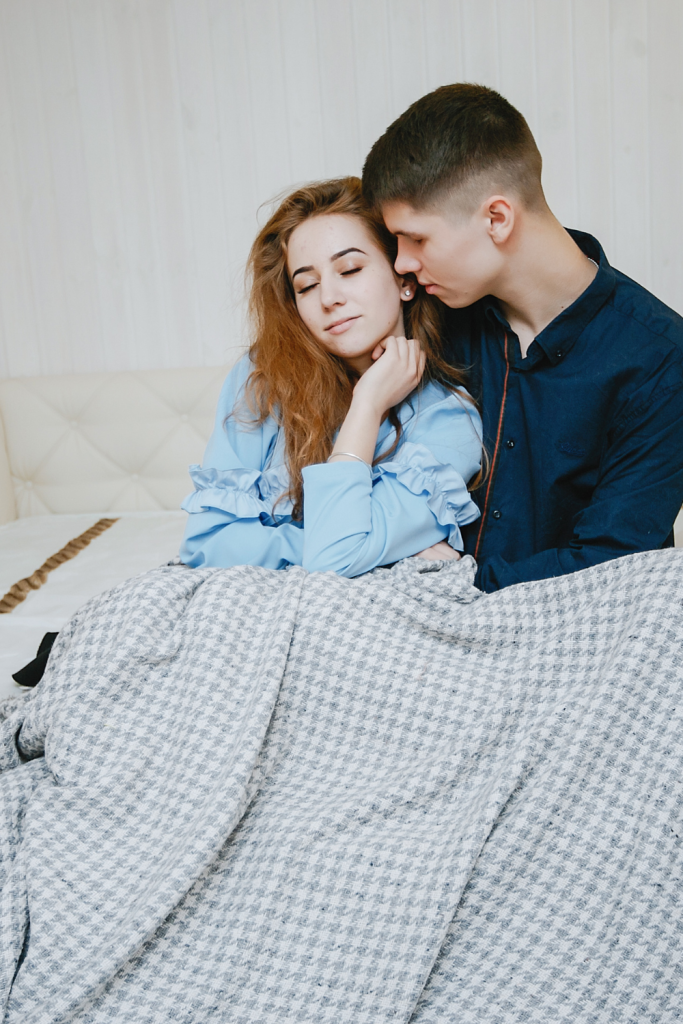 If he’s only interested in being with you when things are going to get physical, it’s a pretty good indication that he’s not really in love with you.

Instead, he’s just using you for sex.

4. His reaction when things aren’t going well in your relationship 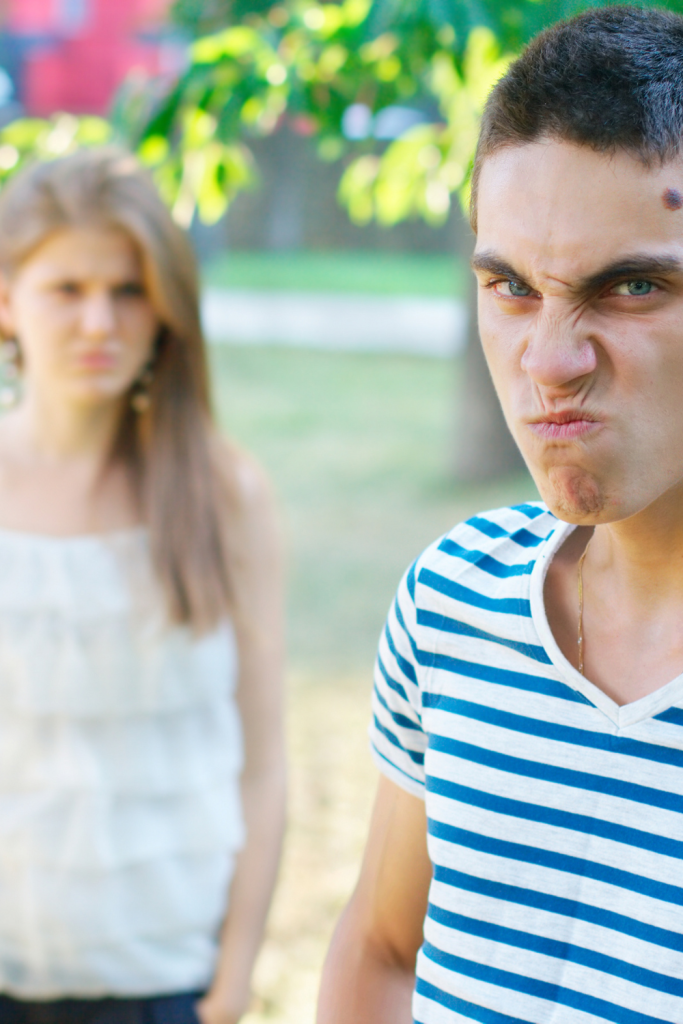 Pay attention to how he treats you when things aren’t going well.

If he’s quick to anger or blames you for any problems in the relationship, it’s a sign that he doesn’t care about you.

You might find yourself always extending the olive branch after a fight, apologizing every time even when he is wrong.

This shows he doesn’t care about your relationship.

His ego is more important than working things about with you.

A man who loves you for real will want to resolve issues because he doesn’t want to lose the relationship or you.

5. He acts like a perfect boyfriend but never talks about his feelings 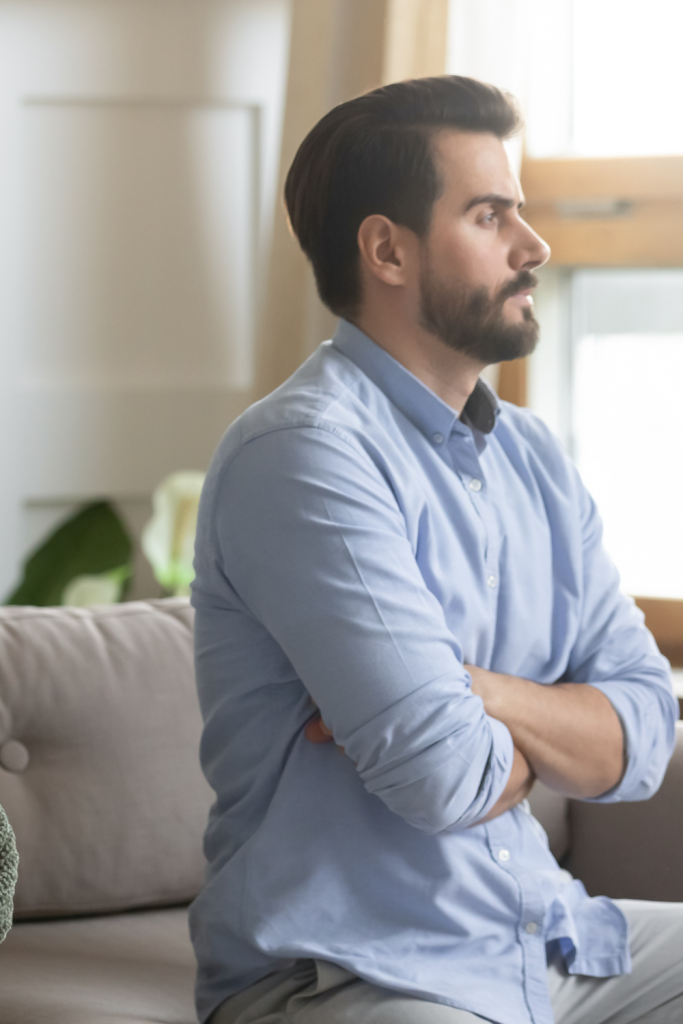 If he always says everything is perfect and there’s nothing wrong in your relationship when you know something is off, then beware.

Because he’s afraid the mask might be off when you start dissecting the problems in your relationship.

So rather than being honest about things, he just pretends everything is fine and dandy between you.

6. He says ”I love you” when he needs something from you 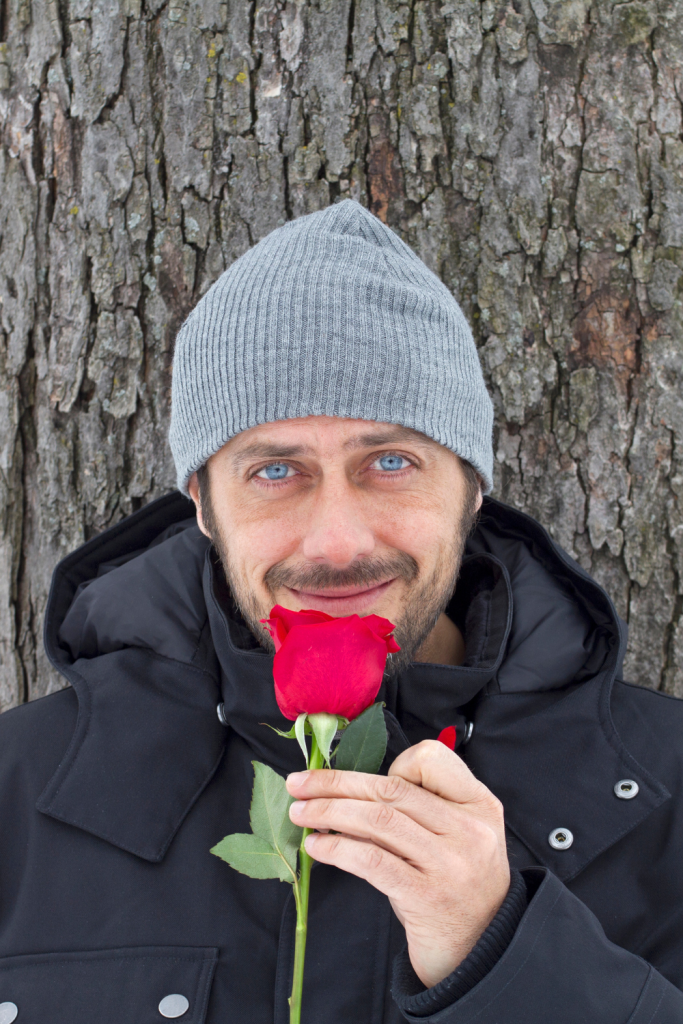 If a guy is pretending to love you, he will often use the words “I love you” as a way to try and get what he wants.

The key to knowing if he is telling the truth is to look at his actions rather than his words.

If he says “I love you,” but then doesn’t act like it, then it is likely that he is just saying those words in order to get something from you.

He knows every woman melts when the guy they love says the three magic words to them.

7. He shows no interest in meeting your friends and family members and vice versa

However, if he’s just pretending to love you, then he probably couldn’t care less about meeting your friends and family members and you meeting his.

8. He acts too good to be true 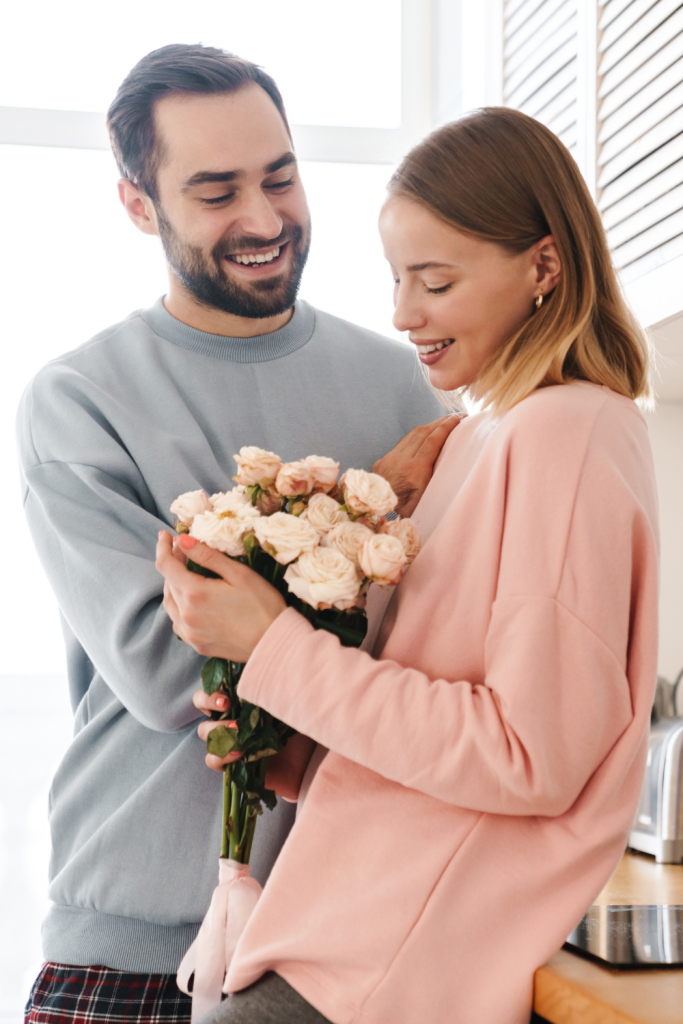 Does everything seem too good to be true?

Maybe he never argues with you, always agrees with everything you say, and always says the right things.

While it’s great to be with someone who treats you well, it might be a sign that he’s trying too hard to impress you.

It may seem like you have finally found your perfect match, but unfortunately, this may be a case of your partner pretending to love you.

9. he puts up a façade: If your partner seems to be hiding something or avoiding certain topics, it may be because they are not being completely honest with you. This lack of honesty can damage trust and make it difficult to have a healthy relationship.

9. You catch him in lies often, and they are usually really stupid lies too

He tells you he was working late when really he was out with the guys or he “forgot” to call you when he said he would.

These little white lies are a huge sign that he’s not being truthful about his feelings for you.

If he can’t even be honest about the little things, it’s a pretty good indicator that he’s not being honest about his feelings.

Men know that women who are ready for marriage and a family tend to want a partner who is on the same page.

So, if he’s telling you he’s ready for a serious relationship but his actions say otherwise, it’s a big sign he is faking things with you.

He might say he wants you to be the mother of his kids, but he’s not acting in ways that convince you of that, then he has other plans that do not involve you.

11. You catch him looking at other women

This one is a pretty obvious sign that he’s not all that into you.

If he’s constantly looking at other women, it’s a pretty clear sign that you are not his permanent home yet.

He might say that he loves you, but if he can’t keep his eyes off of other women, then he’s still searching.

12. You give more than you receive in the relationship

You might think that he loves you if he is constantly showering you with gifts and attention.

However, it is important to look at the whole picture.

If you find that you are always the one giving more than you receive, it might be a sign that he is only pretending to love you.

In a healthy relationship, both partners should feel like they are equally invested.

If you find yourself constantly giving without receiving much in return, something is definitely not right.

You are the one who calls more, initiates conversations more, plans dates/hangouts, buys gifts more and he’s just laid-back, enjoying all your effort.

He’s surely up to something, and itøs no good.

When you’re head-over-heels in love, it can be hard to see the signs that your partner is pretending to love you.

But if your family and friends don’t like him, it’s worth paying attention to their warnings.

They may be able to see things that you’re blinded to by your feelings.

If your partner is exhibiting any of these behaviors, it’s worth taking a step back and reassessing your relationship, and making the best decision for you.

If things don’t seem right or feel right, chances are they are not right. 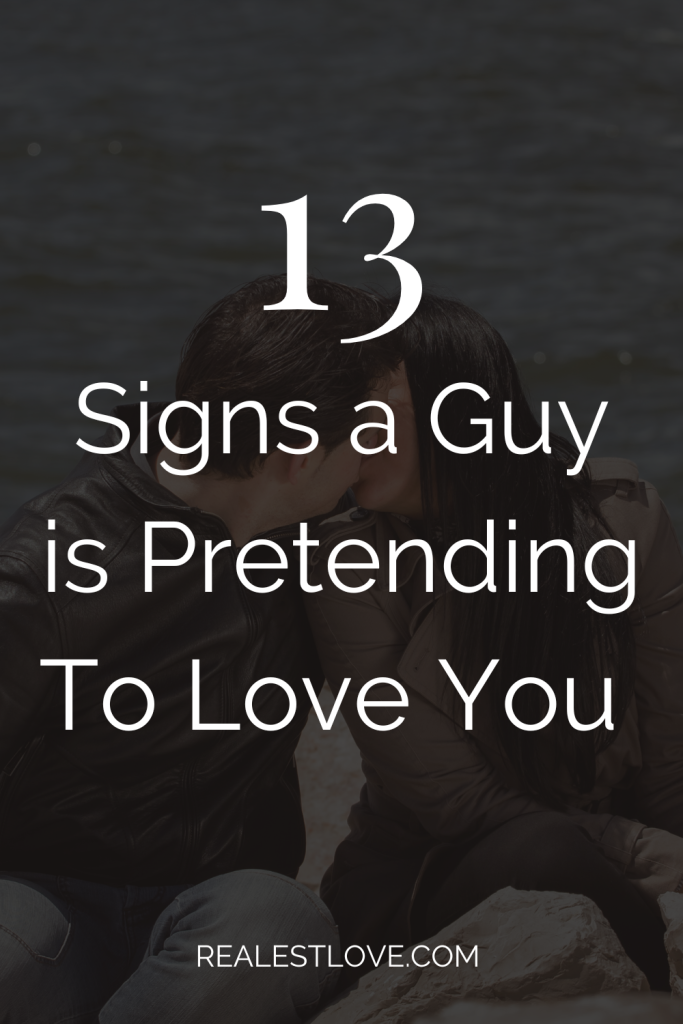 18 Amazing Signs He Plans To Marry You Someday

15 Warning Signs Your Partner is Not Right for You