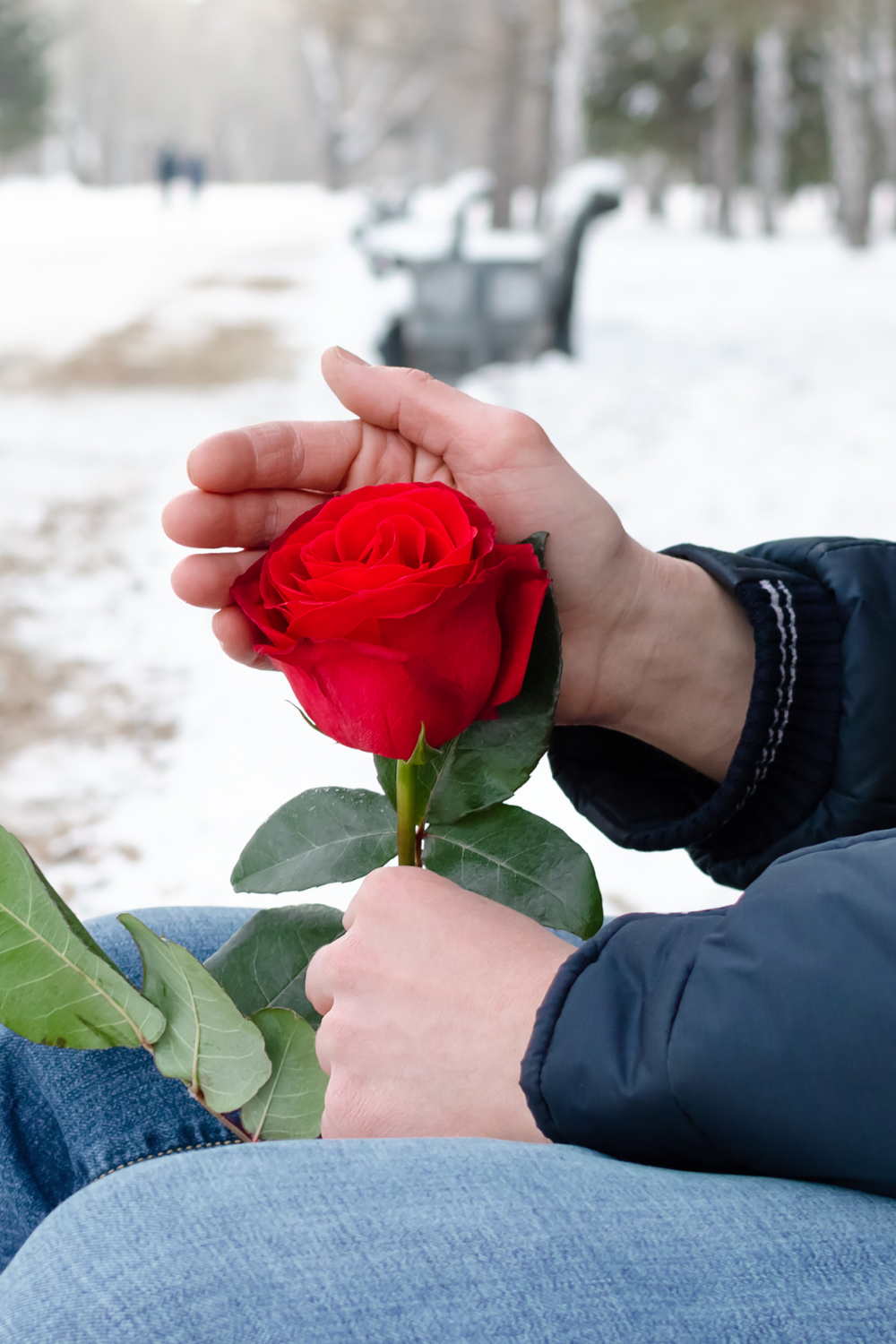 Have you ever been dating a guy, and things seem to be going great, only to have him suddenly disappear on you?

You might be left wondering what happened and if you did something wrong.

While it’s impossible to say for sure why this happens, there are a few possible explanations.

Some men might feel overwhelmed by their emotions and need some time to process them. Others might start to doubt their feelings and wonder if they’re really ready for a relationship. And in some cases, a man might be afraid of

Ghosting can happen when guys aren’t sure what they want.

Maybe they like the attention from dating multiple people at once, or maybe they don’t think anyone is good enough for them.

Maybe they’re just not ready for a relationship but don’t want to admit it yet.

Whatever the reason, these guys don’t know what they want — which means it’s hard for them to commit to just one person.

And that’s why they might disappear and leave you wondering. 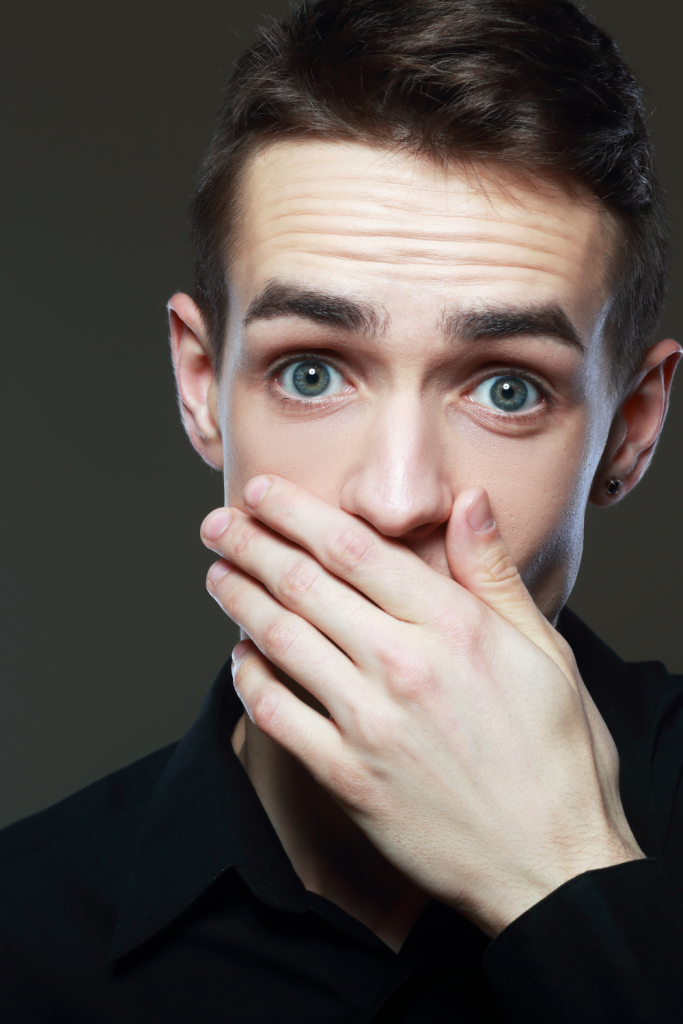 It’s a common fear, and it’s one that keeps men from pursuing relationships.

Many guys are afraid that if they date you, you’ll want more from them than they want to give.

They might not know what they want or be afraid of being tied down.

So yeah, guys will often disappear because they’re afraid of getting too close and becoming attached.

This is especially true if a guy hasn’t had very many serious relationships in the past.

He may start to like you more than he’s comfortable with and then back away.

3. He’s been busy with work or other commitments 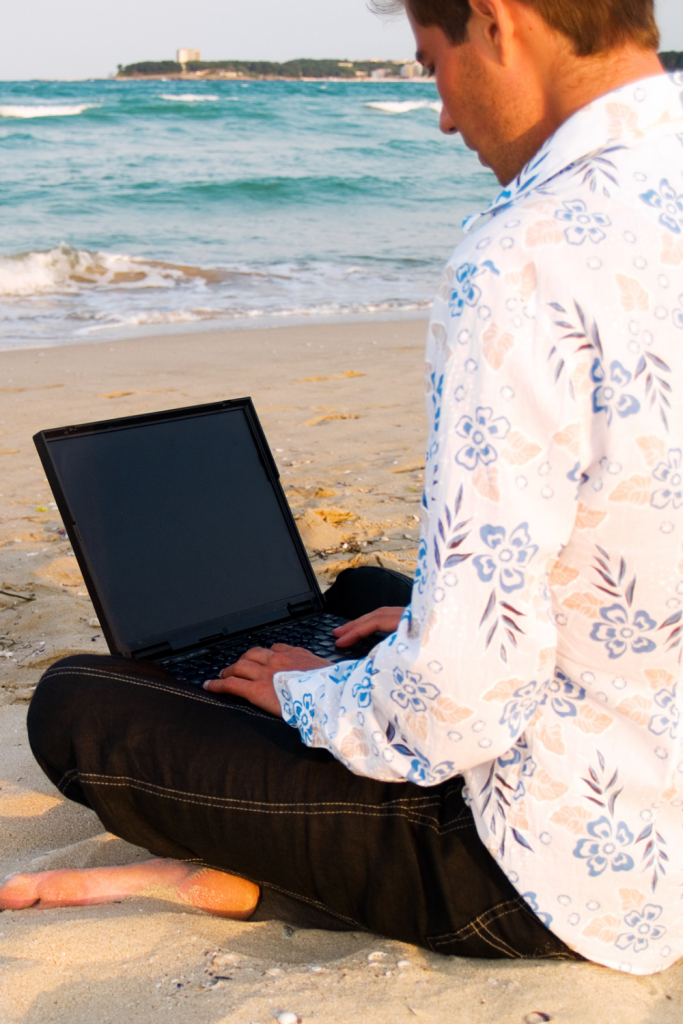 It could be that your guy has been busy with work or other commitments and hasn’t had much time for socializing or dating at all recently.

When this happens, guys often fall into the trap of thinking everyone around them is getting on with their lives perfectly well without them – which isn’t true.

So, a guy might disappear if he likes you if he is busy with work or other commitments, especially if he doesn’t know how to juggle things.

4. He doesn’t want to hurt your feelings

A guy who likes you might be afraid that he’ll lose a friend if he tells you how he feels and it doesn’t work out.

Or he may have started to develop feelings for you, but he isn’t ready for a relationship.

Disappearing allows him to avoid having to tell you that he isn’t interested in something more serious.

Because he doesn’t want to hurt your feelings or lead you on, he’ll pull away instead.

5. He’s scared of being hurt again

Some guys don’t want to take the risk of getting involved in a relationship because they’ve been hurt before; especially if their last break-up affected them in a negative way.

They fear that if they get too close to another woman, she might not feel the same way about them or leave them for someone else.

So instead of risking rejection or getting hurt again, they avoid commitment altogether by disappearing on you instead.

6. Maybe he’s just not that into you

If a guy isn’t into you, he probably won’t stick around very long to let you know that.

Sometimes, a guy will pursue a woman for a while, and then when she finally reciprocates his feelings, he’ll start to lose interest because he was only in it for the chase.

If he disappears after you finally give him what he wants, it’s likely because he’s just not that into you.

7. He wasn’t ready for a relationship

Sometimes a guy will disappear because he isn’t ready for a serious relationship yet.

Maybe he just broke up with someone and needs some time alone, or maybe he has been through some tough times lately and isn’t ready to jump back into the dating scene yet.

If this is the case, then just give him some time.

Don’t pressure him into anything because it will come across as desperate and only make him more determined not to reappear,

8. He’s got some other baggage going on in his life 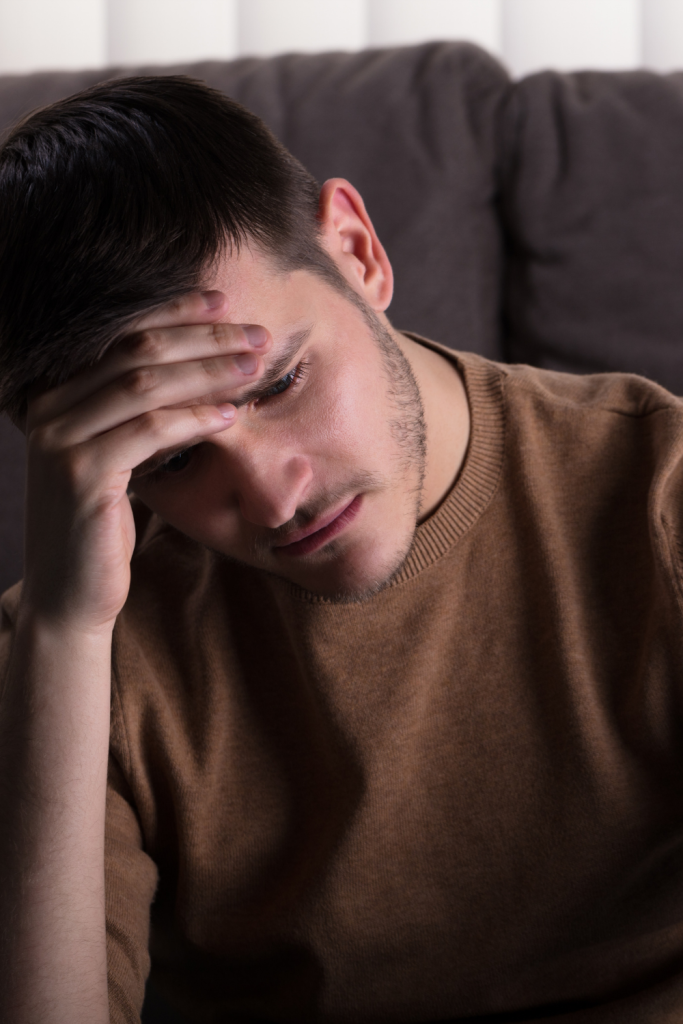 There could be something else going on in his life that makes him disappear right when things are getting good between the two of you.

A guy might be struggling with depression, anxiety, money, family drama, or any other personal issue, which could cause him to act out in ways that hurt your feelings or make him seem like an asshole when he really needs help taking care of himself.

So, a guy may need some time to deal with personal issues before he can be emotionally available to you.

He may not want to drag you into his problems if he likes you.

So he disappears for a while, hoping that things will eventually work out on his own.

9. He met someone else

This is one of the most common reasons men disappear.

There’s always the chance that he met someone else and decided to pursue things with her instead.

If you’re not exclusive, he might not feel the need to let you know he’s seeing someone else.

This is especially true if he wasn’t that interested in you, to begin with.

If a guy likes you, he’ll want to make things exclusive so that he can have your full attention.

But if he’s not that into you, he’ll be happy to keep things casual and move on if he meets someone else.

Some guys are just players and don’t want anything serious with anyone.

He may have enjoyed the attention he was getting from you at first, but once he realized that you wanted more than just casual dating, he decided to move on to someone else who wasn’t making demands of him.

11. He thinks you’re too good for him 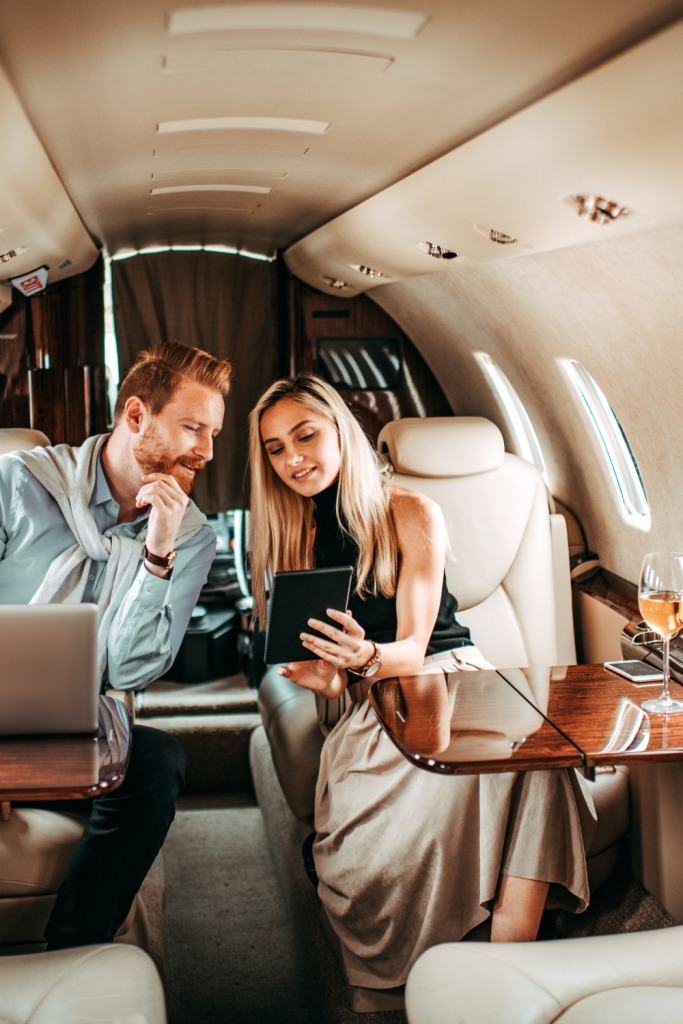 Guys are often insecure about their worthiness when it comes to dating, especially when they’re talking to a woman who seems out of their league.

And that could include anyone from a friend to someone they’ve had their eye on for months or even years.

It might sound like an overreaction, but it’s not uncommon for a man who isn’t sure about his relationship skills or doesn’t feel confident enough in himself to walk away from a woman he likes before he gets hurt.

12. Your relationship moved too fast emotionally, and that scared him

Sometimes, guys will disappear when they like you because things moved too fast emotionally, which scared them or made them uncomfortable.

So instead of dealing with those feelings head-on, they just run away from them altogether.

13. He doesn’t know how to handle his feelings 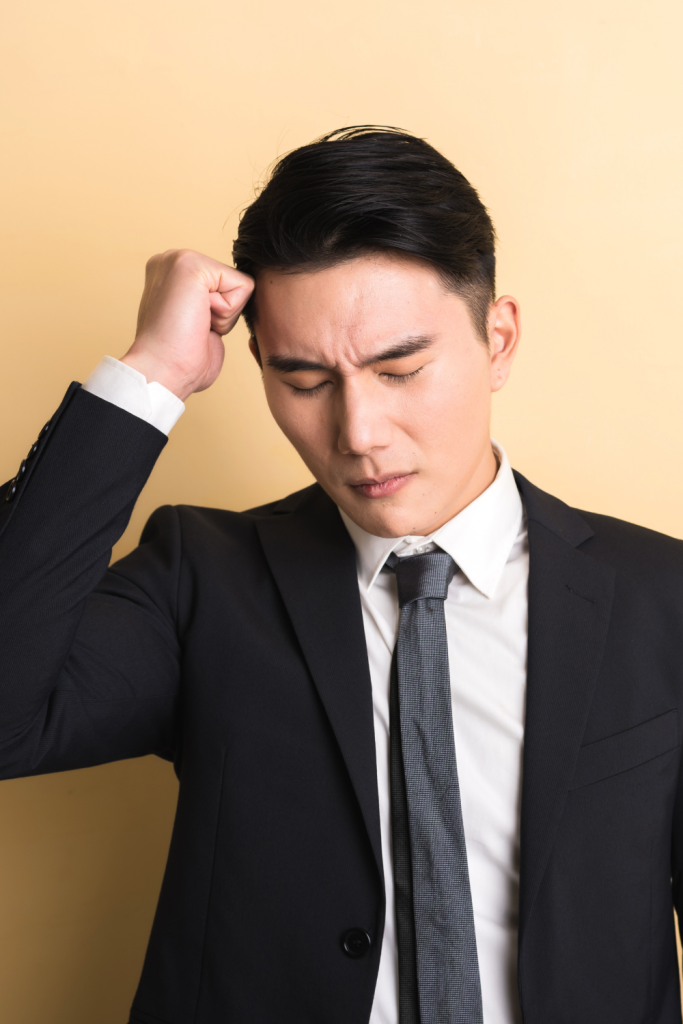 Men are notoriously bad at expressing themselves, so it’s no wonder that some of them would rather run away than face their emotions head-on.

If a guy has been growing increasingly interested in you and then suddenly disappears without any explanation, it’s likely that he just doesn’t know how to handle the feelings that have suddenly come up for him 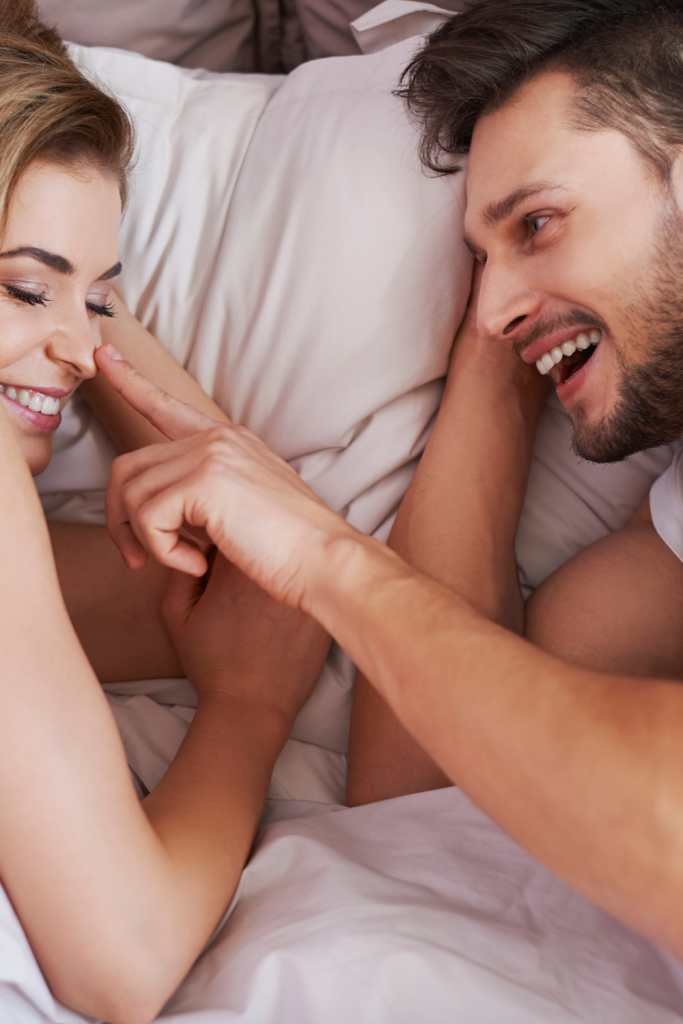 If your guy seemed like he wanted to take things further than just casual sex but then vanished without a word, chances are he was only interested in having a good time with no strings attached.

From the beginning, he was looking for someone who would be willing to warm his bed without any bit of commitment.

If you weren’t up for that kind of encounter, he might have decided that there wasn’t much point in pursuing anything further with you.

The bottom line is, if a guy disappears on you, it’s probably because he’s not that into you. Don’t take it personally and move on to someone who will appreciate you for who you are. 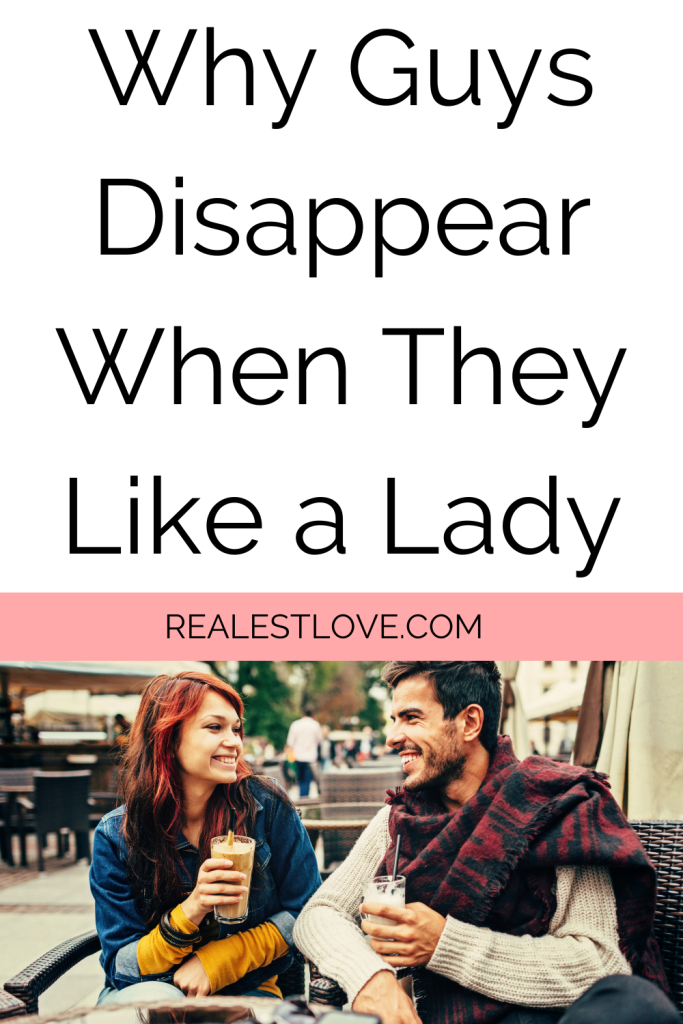 18 Amazing Signs He Plans To Marry You Someday

15 Warning Signs Your Partner is Not Right for You

13 Signs He Pretends To Love You