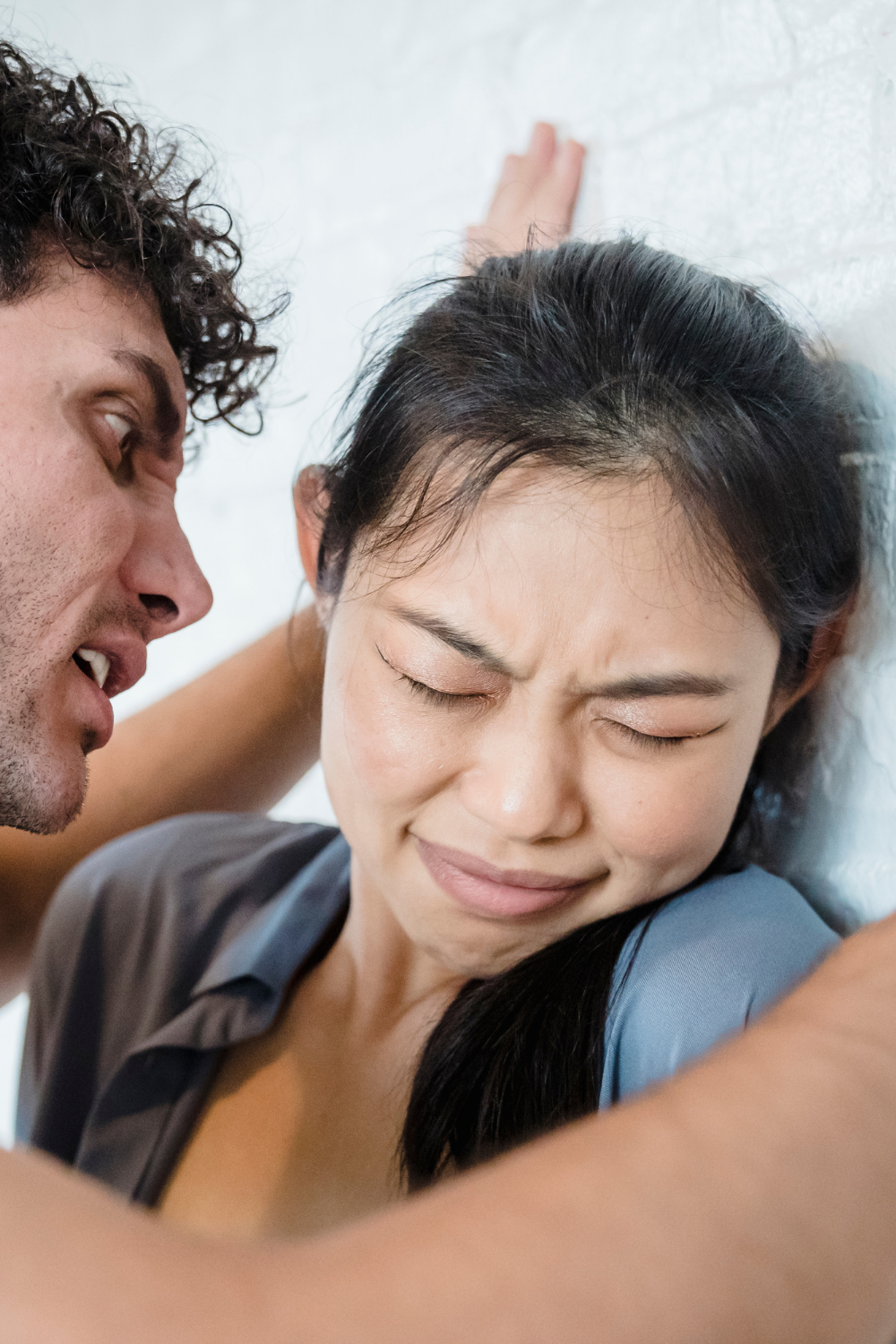 ”What is the worst thing a husband can say to his wife?”

No matter how strong and independent a woman is, there’s one thing that can always make her feel vulnerable – when her husband says something hurtful.

We may not want to admit it, but words have the power to destroy relationships.

And unfortunately, husbands sometimes say things to their wives that are just downright harmful.

If you’re wondering what the worst thing a husband can say to his wife is, read on for some examples.

The Worst Thing a Husband Can Say To His Wife

1. ”I wish I had married someone else” 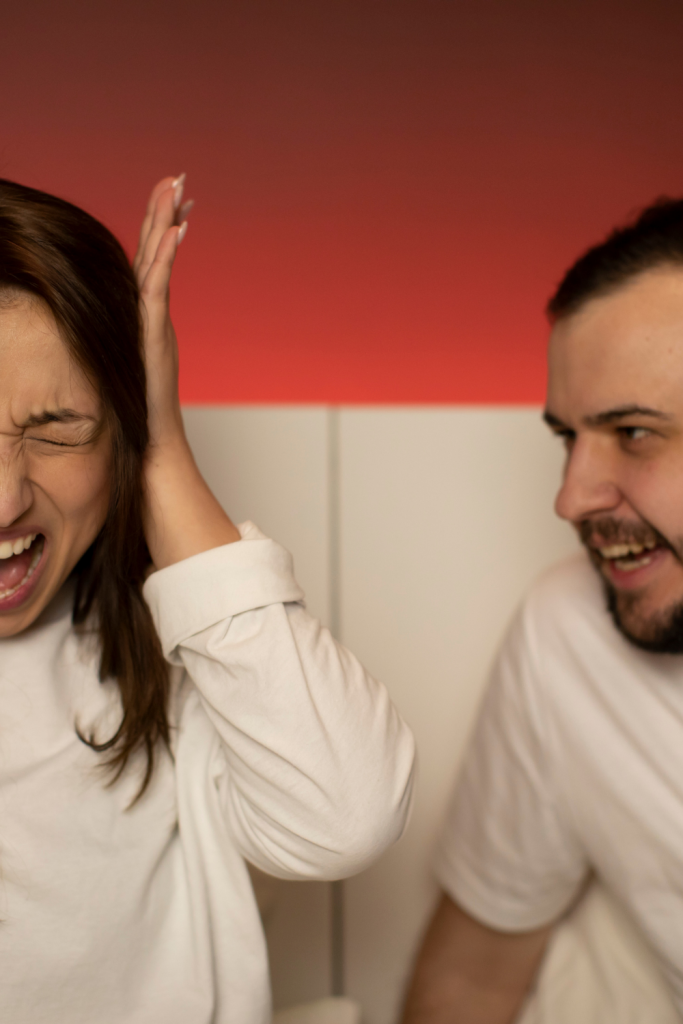 Nothing destroys a woman’s confidence more than her husband telling her he regrets marrying her.

While it may seem harmless to make this comment a joke, it can have a lasting negative impact on your wife.

She may begin to wonder if you really do regret marrying her and look for evidence that you’re unhappy in the marriage.

No matter how charged an argument may be or how angry he feels, a husband should never tell his wife that he regrets marrying her.

Situations simmer down and disagreements come to an end, but hurtful words spoken have lasting damage on the receiver, the speaker, and the marriage. 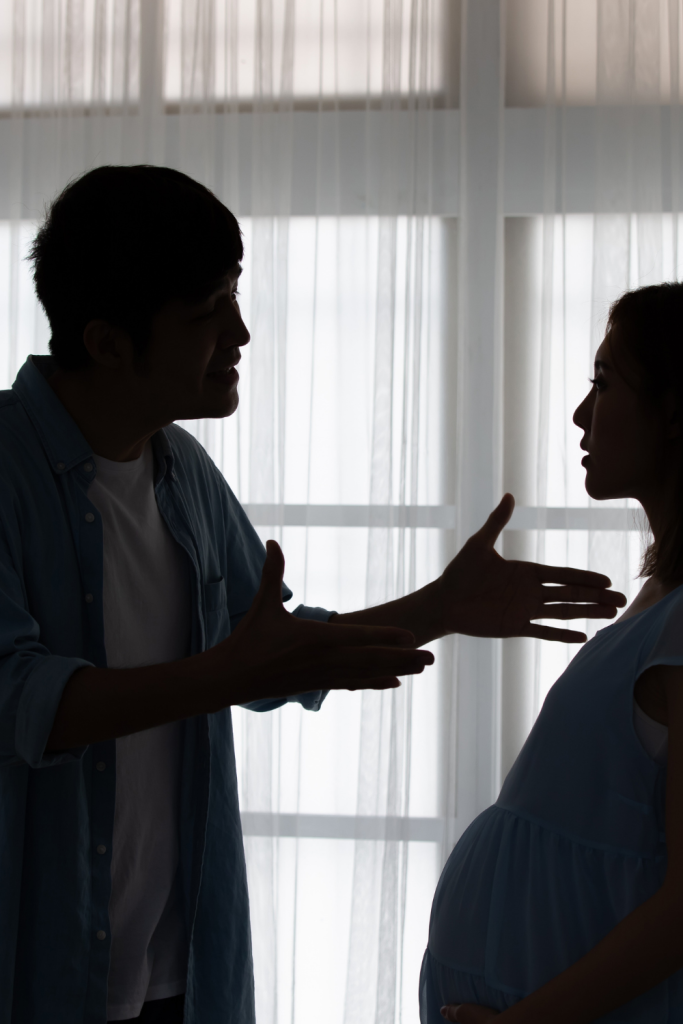 Making your wife feel unattractive will not build up her self-esteem; it will tear it down, making her less confident in herself and less likely to be interested in physical intimacy.

Instead of criticizing your wife’s appearance, focus on what you like about how she looks and make positive comments when she makes an effort to look good for you.

Women are highly sensitive to any hint that they’re inadequate in some way: too old, too unattractive, too fat or skinny or dull.

Sometimes men inadvertently send these messages by comparing their wives with other women, women they see on TV, women at work, or even friends who seem more “together” than their own spouses.

Making destructive and negative comments about your wife’s looks, appearance, and body size will not help your marriage in the short and long run.

Most wives are stretched thin trying to juggle work and family life, so putting dinner on the table every night can be difficult at times.

Instead of complaining about your wife’s culinary inconsistencies, why not make something up for the family by yourself?

Or help out more around the house to lighten her workload and reduce the burden on her to keep the home together.

Reality check, this is the 21st century.

Household responsibilities no longer fall on the woman alone.

A husband should think twice before hurting his wife’s feelings by making her feel inadequate.

4. ”You’re being too sensitive” 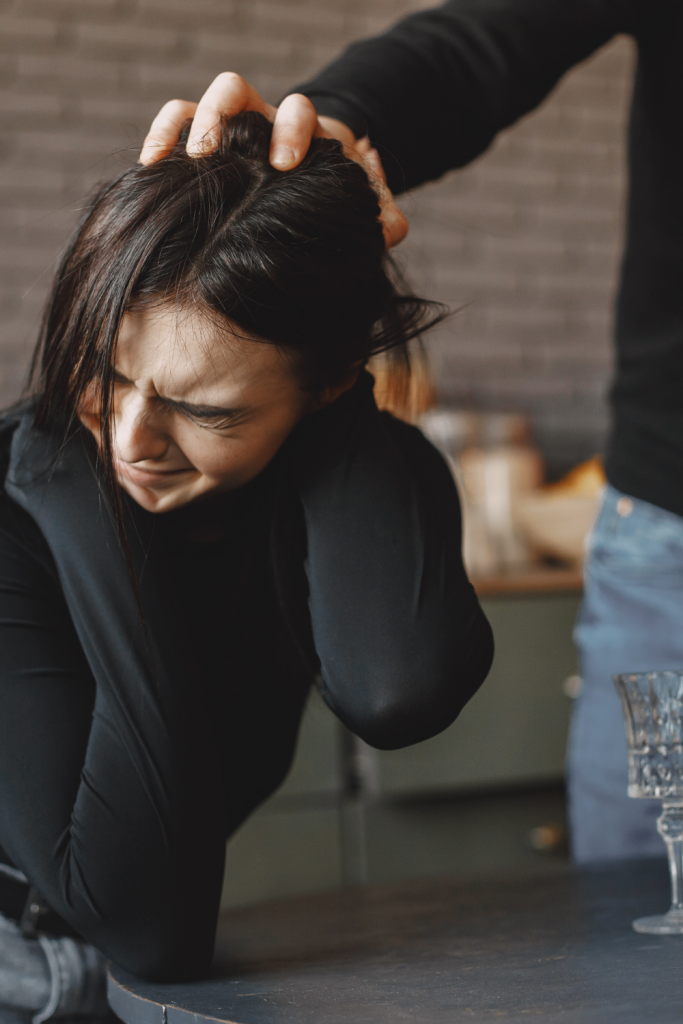 This is among the worst things you can say to someone for two reasons: first, it’s dismissive, and second, it makes your spouse think they’re overreacting.

If something is bothering your wife, it’s important that you address what they’re upset about head-on instead of trying to invalidate their feelings.

Telling his wife she is too sensitive is not only one of the worst and most damaging things a husband can say, it is also an insult and an entirely inappropriate comment to make.

The fact is, people do change over time, and not always in ways that are positive.

If you’ve noticed something about your partner that’s been a sore point for quite some time now, it may be worth discussing the issue with them to resolve it (if possible).

It doesn’t mean your partner hasn’t changed for the better in other areas of life or that you might need to change too.

Constantly accusing and criticizing your wife about her flaws and nagging her towards change will only chip away at her mental health and put negative stress on your relationship with her.

Instead, offer tips that will help her easily navigate the change and support her while she’s going through it.

6. ”You never do anything right” 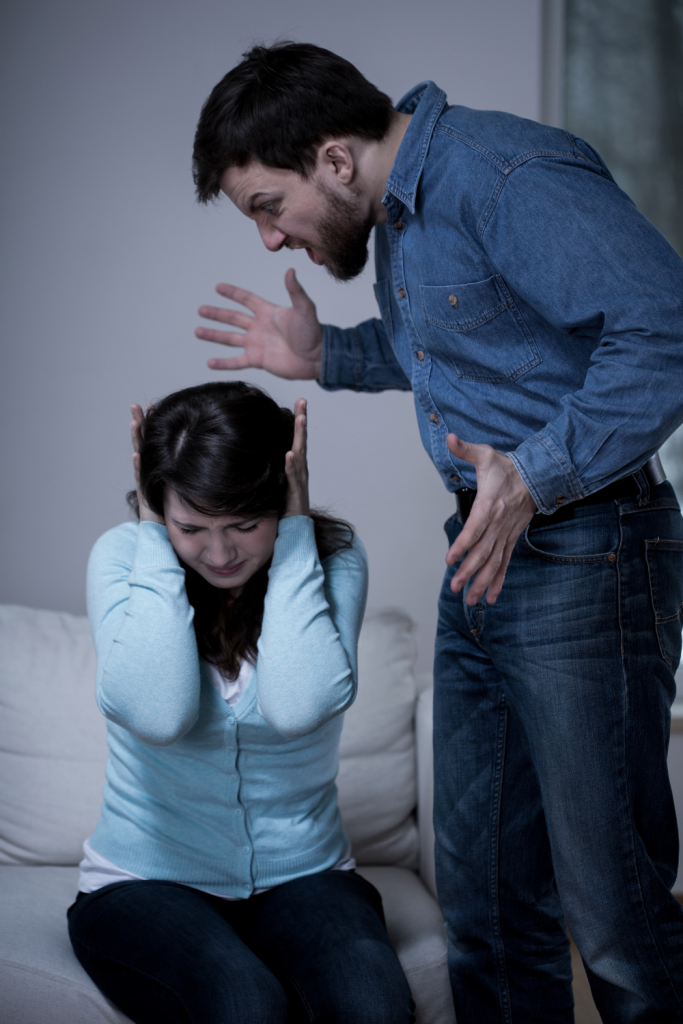 You can’t say this to your wife and get away with it.

It is the equivalent of telling her that her existence is pointless and that you don’t appreciate her at all.

You might not mean it, but if you’re saying this, it’s probably because you’re frustrated with something she just did.

Regardless of what she did, it isn’t worth telling her that she’s just incompetent.

It makes her feel like a bad wife for not getting her husband’s needs met.

She will naturally want to please him and may become resentful of the fact that he’s not happy with her.

In reality, no one can make another person happy, and being offensive in this way does nothing except destroy the trust in the marriage.

It also communicates that she is failing as a wife and doesn’t meet his standards.

If a man says this to his wife, she will feel inadequate and unloved.

This is especially true if it’s a new marriage or if they are newlyweds.

7. ”You’ve gotten fat since you had the baby”

If a woman gives birth to your child, you should at least be able to give her the respect of letting her know that she’s still attractive.

It’s not just about your wife looking good for you, it’s about her feeling good about herself.

This is why this statement is just so wrong.

When you say this to a woman who has just given birth, you are basically telling her that having your child has ruined her body forever and that she will never look the same again.

I don’t know of any woman who would want to hear this statement from their husband.

If you have a wife that has given birth recently, don’t make the mistake of saying this to her.

Those words can cut like a knife, especially if they come from the person who has vowed to love you ’til death do you part.’

This can be said during an argument when one or both spouses are angry and not thinking straight.

If your marriage needs work, it’s better to say something like: “I’m having trouble loving you right now because of _____.” Or “You hurt me when you did/said _____.”

A statement like this puts the focus on what happened instead of on your spouse as a person. 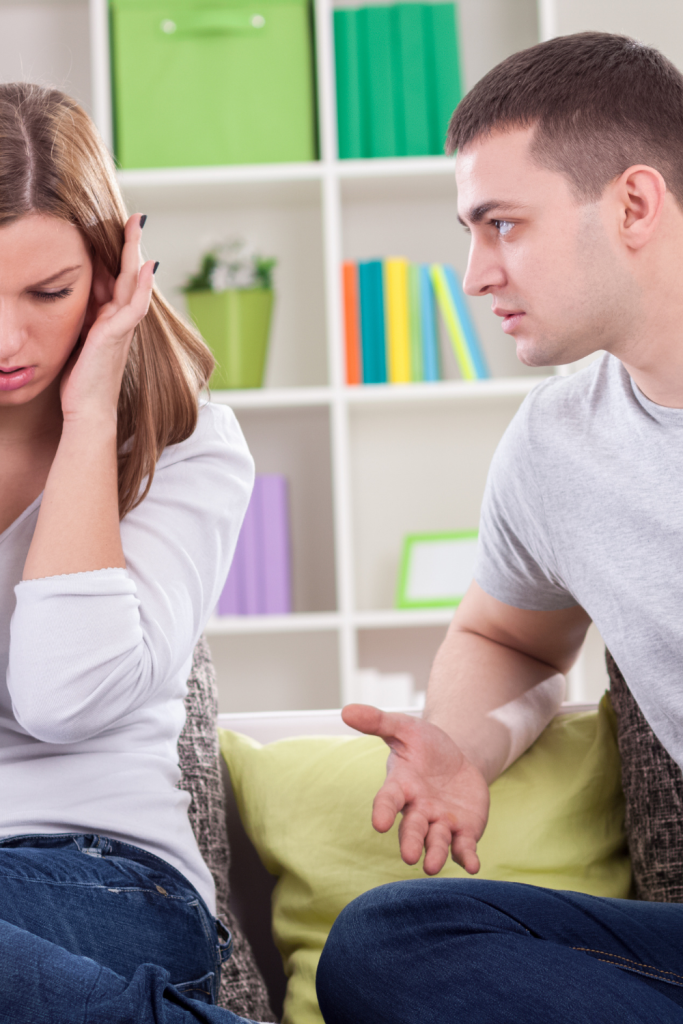 It is not difficult to be a good husband.

It is enough to understand that your wife is a human being with her own needs, desires, interests, and preferences.

As long as you respect her as an individual and treat her with care and consideration, chances are you will almost never be in trouble with your wife.

However, there are certain phrases that no self-respecting woman would ever want to hear from her husband.

Telling a woman that she is boring is rude.

If you’re constantly telling her that she’s boring, your wife will eventually believe it herself and start acting like she really is boring.

And if she thinks she’s boring, she won’t be interested in spending time with you or doing anything fun together anymore.

She’ll think that she has nothing interesting to offer and won’t feel motivated to improve herself either.

Your constant criticism will only make things worse and drive an even bigger wedge between the two of you. 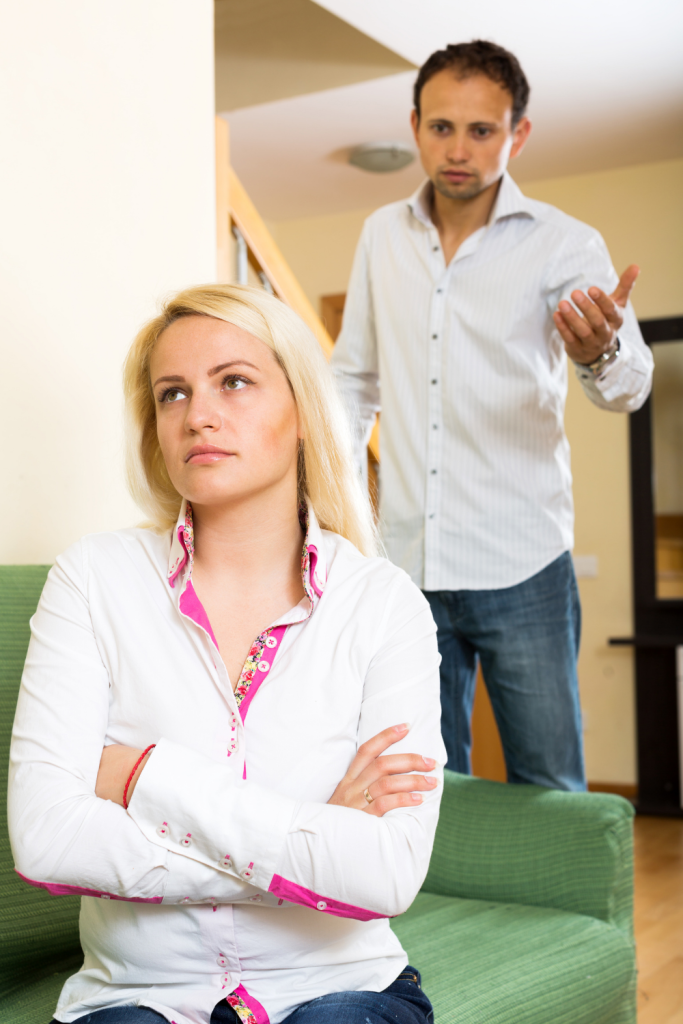 One of the worst things a husband can say to his wife is “I told you so”.

These four simple words can instantly transform a loving relationship into one of resentment and bitterness.

When a husband says “I told you so”, he is implying that his wife is foolish or incompetent and that he knows better than she does.

Not only is this incredibly hurtful, but it also damages the trust between the husband and wife.

After all, why would the wife listen to her husband’s advice if he’s just going to rub it in her face when she makes a mistake?

It’s much better for the husband to bite his tongue and show his wife some understanding and compassion.

In the past few years, there has been a spate of articles, books, and blog posts dedicated to the subject of husbands and wives.

Even the most committed couples can find themselves at odds with one another.

When this happens, the need for a difficult conversation arises, even if it means admitting fault or apologizing.

We all say the wrong thing sometimes in our relationships.

It does not make you a terrible partner.

Rather, it makes you human.

But this does not mean that you should hang on to humanity as an excuse to make constant inappropriate comments about your partner.

A husband and wife are the two halves of a whole, and the relationship between them is one of the most important in their lives.

As such, the husband should be careful with his words, as they can have a profound impact on his wife’s wellbeing.

These statements above are inappropriate and have no place in any healthy marriage. 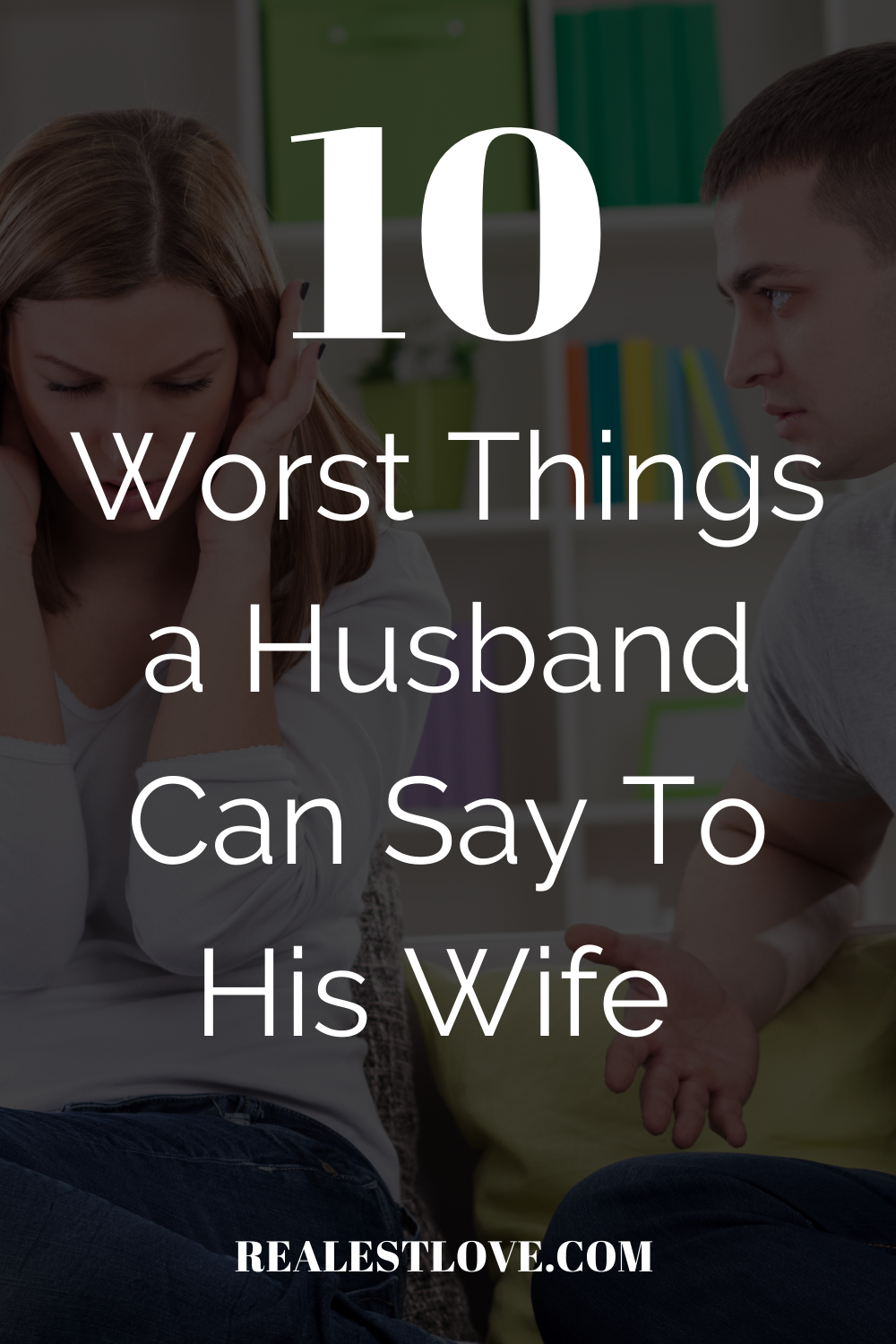