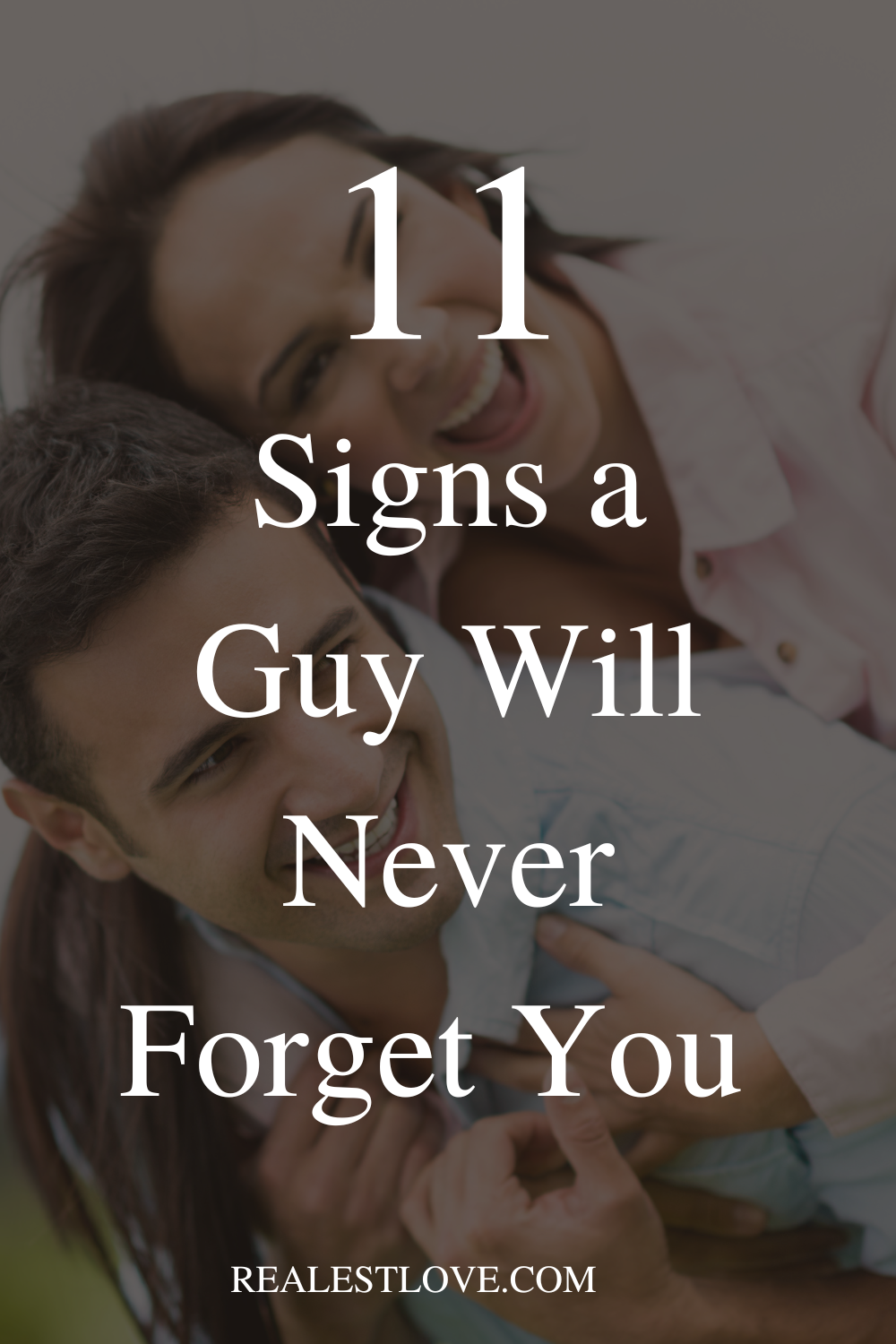 Guys are hard to read sometimes.

You might think you have them figured out, but then they do something that totally throws you off.

If you feel like a guy has forgotten all about you, maybe he hasn’t.

Here are some signs he will never forget you and maybe is still in love with you:

11 Signs He Will Never Forget You 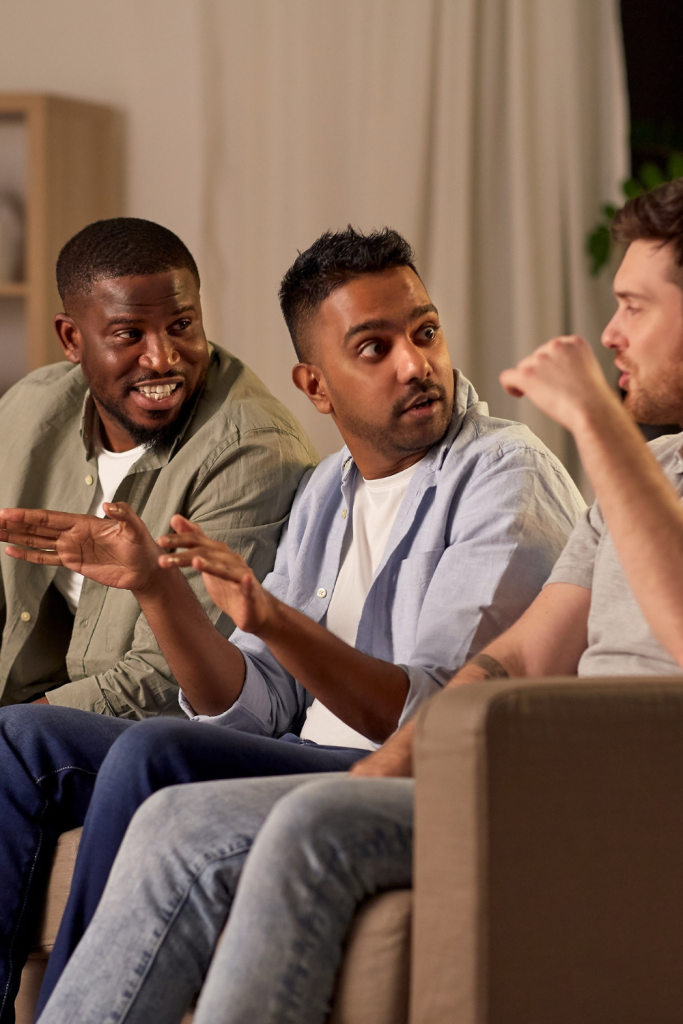 If your guy is constantly bringing up stories about you to his friends, it’s a good sign he will never forget you.

He obviously enjoys talking about you and relives the happy moments the two of you have shared together.

This means he really values you and cherishes the time spent with you.

So if he can’t seem to stop talking about you to anyone who will listen, then it’s pretty clear he’s still head over heels in love with you and won’t be forgetting you anytime soon.

2. He’s Still Got Your Stuff 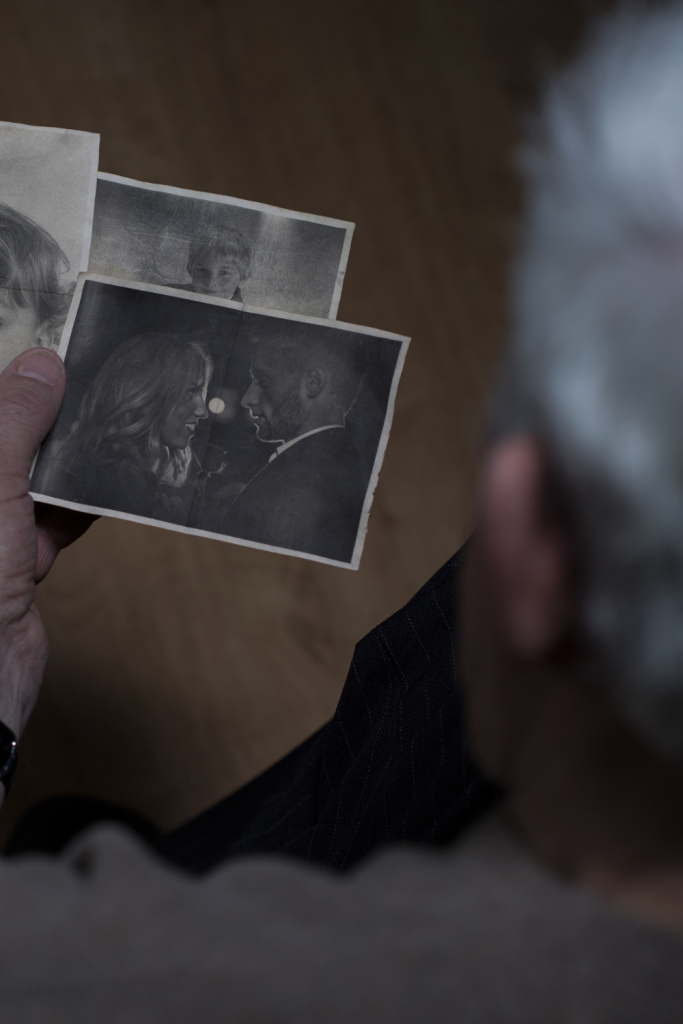 If he has kept all of your letters, photos, and memorabilia for years, he’s probably never stopped loving you in the first place.

He’s hanging on to the physical reminders of your relationship in the hopes that you’ll come back.

Or maybe he just can’t bear to part with them because they hold too many memories.

Either way, it’s a sign he will never forget you.

3. He Texts/Calls You Out of the Blue 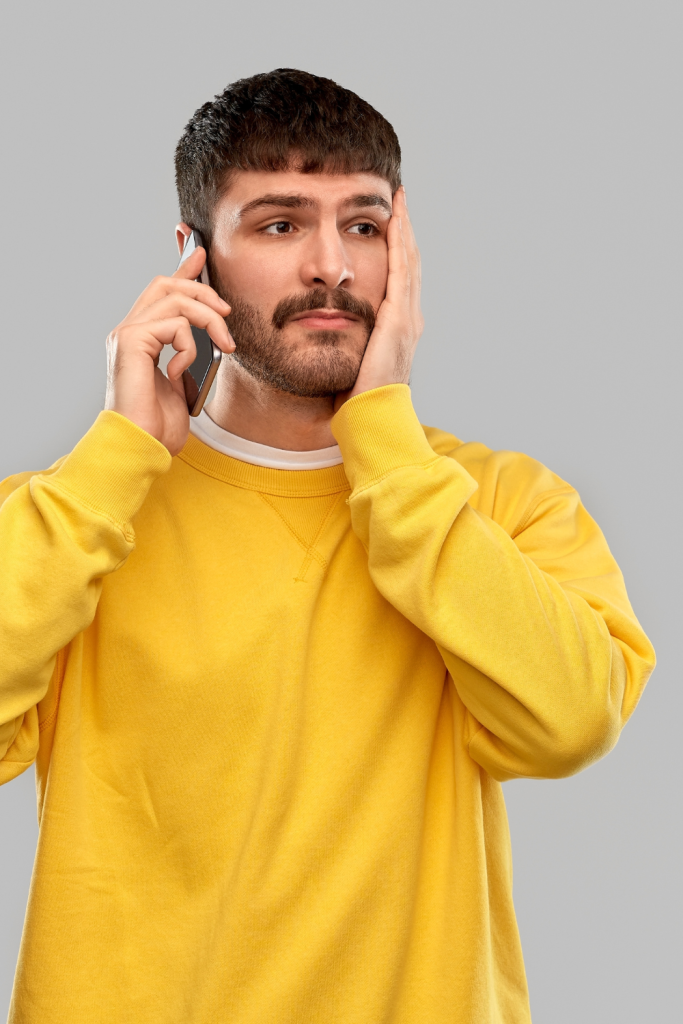 If your guy randomly texts or calls you out of the blue, it’s a clear sign he’s thinking about you.

It’s natural to reach out to people when we think about them.

He could be wondering how you’re doing and if you’re still single.

So if he contacts you after a long period of time, it means he really misses you and can’t stop thinking about you.

This is one of the signs he will never forget about you.

4. You Helped Him to Grow and Become a Better Person

Guys rarely forget women who have helped them to grow and become better people.

If you were there for him during a tough time in his life or helped him to overcome a difficult situation, he will never forget you.

He will always be grateful for your support and everything you’ve done for him.

Even if you’re not together anymore, he will still cherish the memories of the good times you had and how you helped him to grow as a person.

5. You Truly Made Him Happy 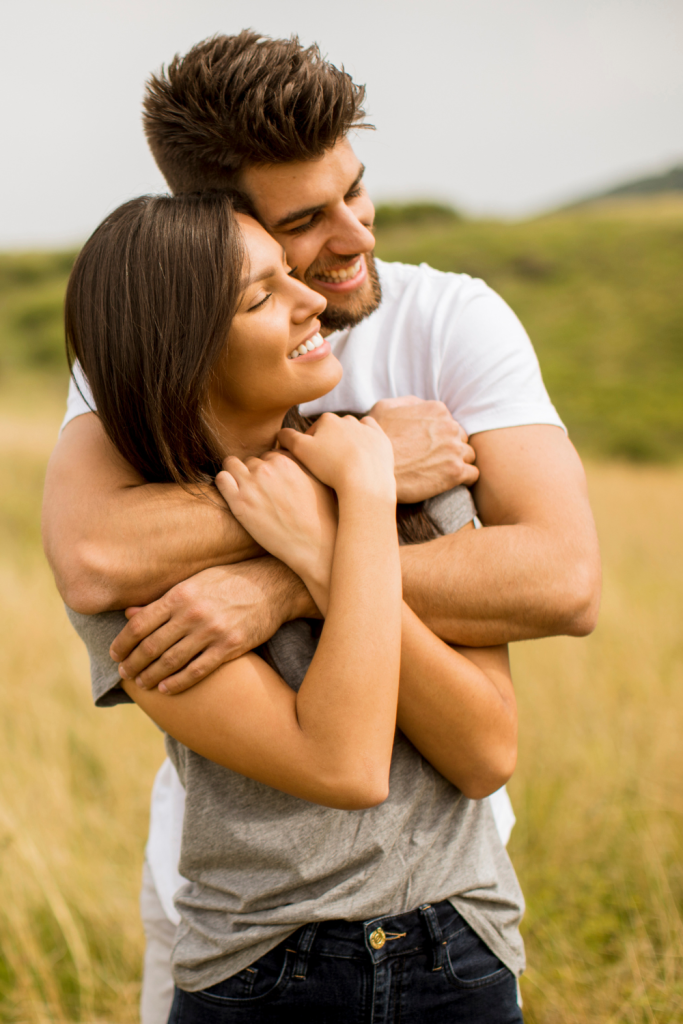 This is probably the most important sign of all.

If you truly made him happy, he will never forget you.

No matter what happens, he will always remember the happiness and joy you brought into his life.

Maybe you were his best friend, and he could always count on you.

Maybe there were times when he was feeling down, and you were the only one who could make him laugh.

How will a man forget the woman who made him feel this way?

6. He Was Deeply in Love With You 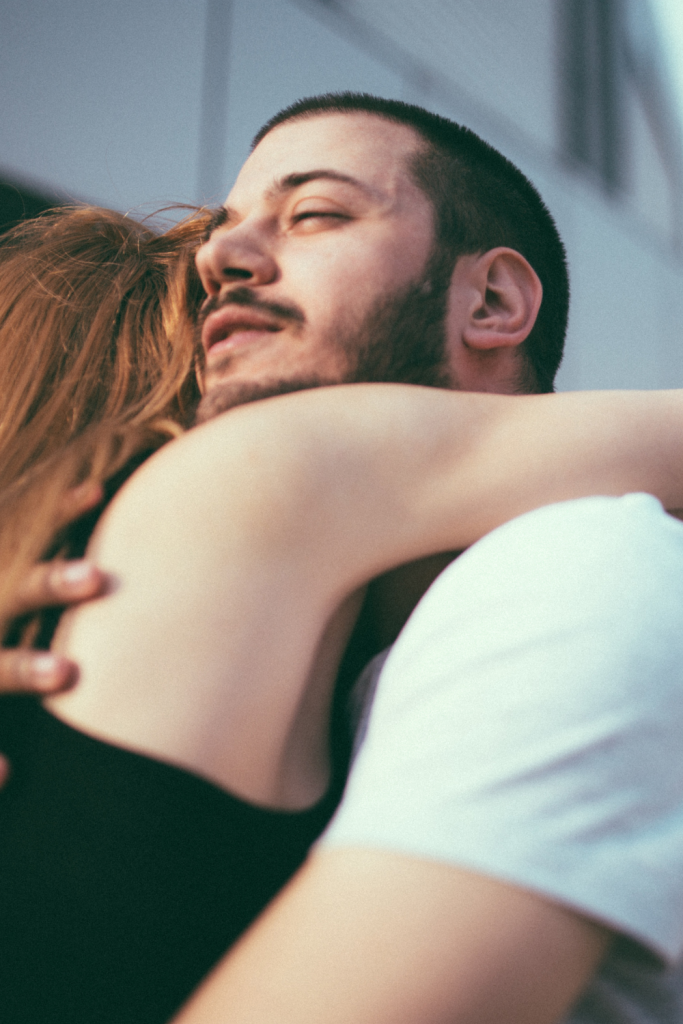 He will never forget you if he was deeply in love with you.

Being deeply in love with someone leaves a mark on your soul that can never be erased.

It’s a love that is all-consuming, all-encompassing.

It’s a love that fills up every empty space inside of you until you feel as though you might burst from the sheer intensity of it.

That kind of love is rare and special and, once experienced, never forgotten.

So, if he was deeply in love with you he will never forget you because you’ll be forever imprinted on his heart.

7. He Still Follows You on Social Media

If a guy is really in love with you, he won’t unfollow you when things go sour.

In fact, he might even follow you more often than before because he’s always curious about what’s going on in your life and wants to see if there’s anything that might make him regret his decision not to be with you anymore.

He doesn’t want to lose touch with you completely.

He wants to stay in your life, even if it’s just through social media.

So if he’s still following you on social media, it’s a sign that he’ll never forget about you or the time you spent together.

8. He Hasn’t Moved on By Dating Anyone Else

If he hasn’t moved on by dating anyone else, it’s a pretty good indication that he’s still not over you.

Why would he date someone else when he’s still in love with you?

It doesn’t make any sense.

So if he’s still single, it means he’s holding out hope that you’ll get back together again.

And if that’s the case, he’ll never forget about you.

9. You Made a Lasting Impression on Him 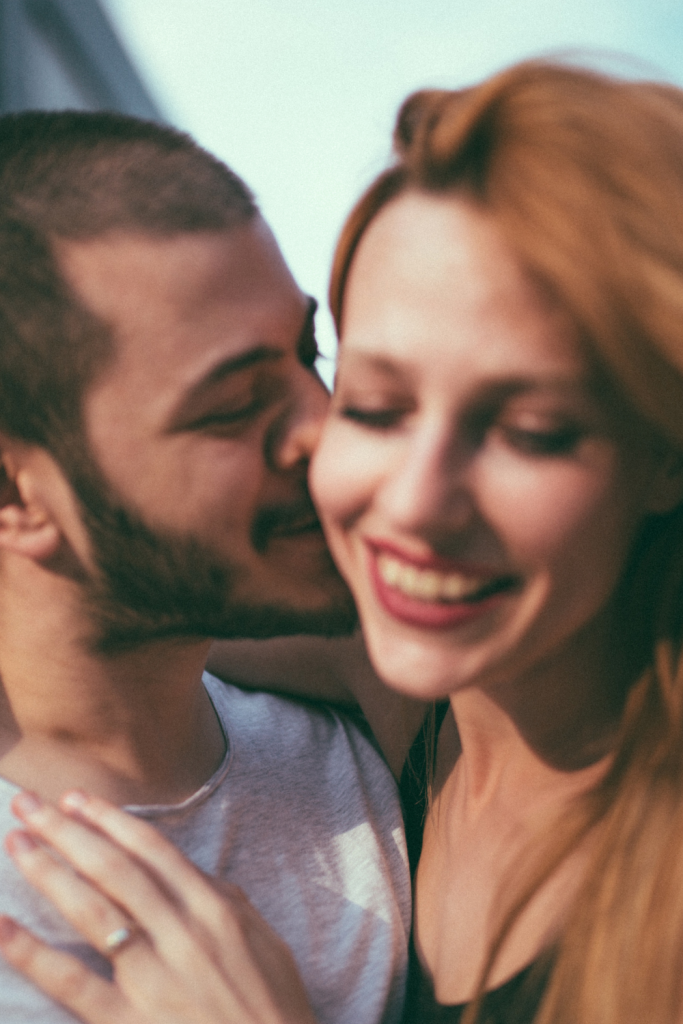 If you made a lasting impression on him, he will never forget you.

You might have left such a strong impression on him that he can’t imagine his life without you.

You might be the one person who truly understood him and accepted him for who he is.

You might have been his first love or the love of his life.

Whatever the case may be, if you made a lasting impression on him, he will never forget you.

10. He Has Only Been Casually Dating Since the Two of You Broke Up

If he has only been casually dating since the two of you broke up, it’s another sign that he’s not over you.

Why would he be casually dating if he was truly over you?

The only reason he would be casually dating is that he’s not ready to move on.

He’s hoping that you’ll come back to him, and in the meantime, he’s trying to keep his options open.

But even if he is dating other people, he will never forget about you.

11. You Created Fun Memories Together 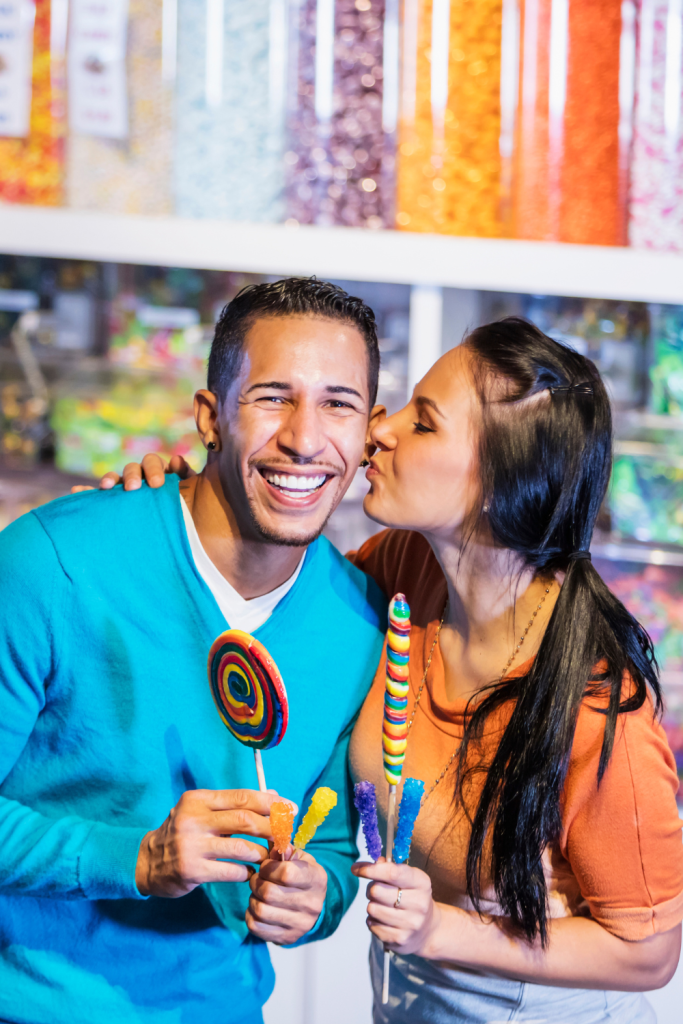 If you created fun memories together, he will never forget you.

He will always remember the good times you had together and how you made him feel.

Even if things didn’t end well between the two of you, he will still cherish the happy memories you created together.

So if you have fond memories of your time together, it’s a sign that he’ll never forget you.

These are signs that a guy will never forget you.

If he loved you deeply, if you made a lasting impression on him, or if you created happy memories together, he will never forget you.

You have left your mark on his heart and soul, and he will never be able to forget you. 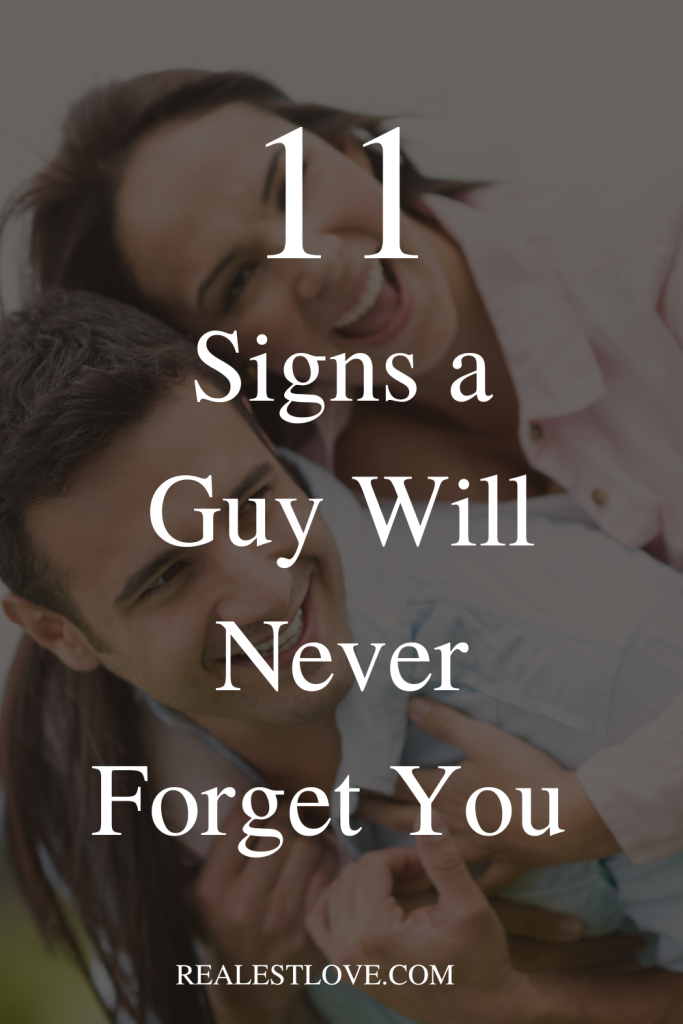