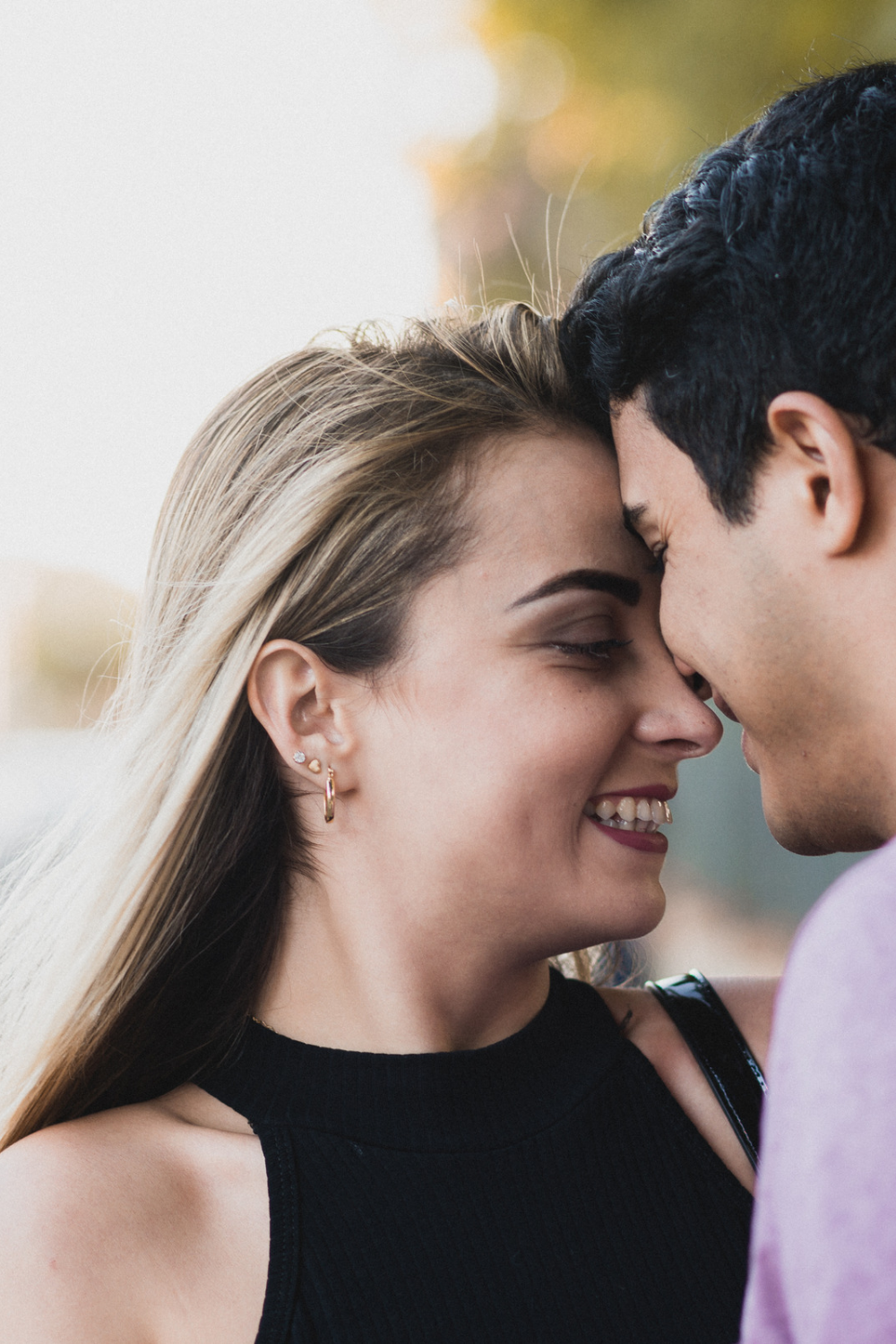 The dating world could be a tough scene to navigate sometimes.

While some guys have pure intentions, some are out to play the field.

So it’s could be hard to see the signs a guy is playing you especially if you’re in love already.

Well, this article will open your eyes to the signs a guy is playing you.

15 Signs a guy is Playing You 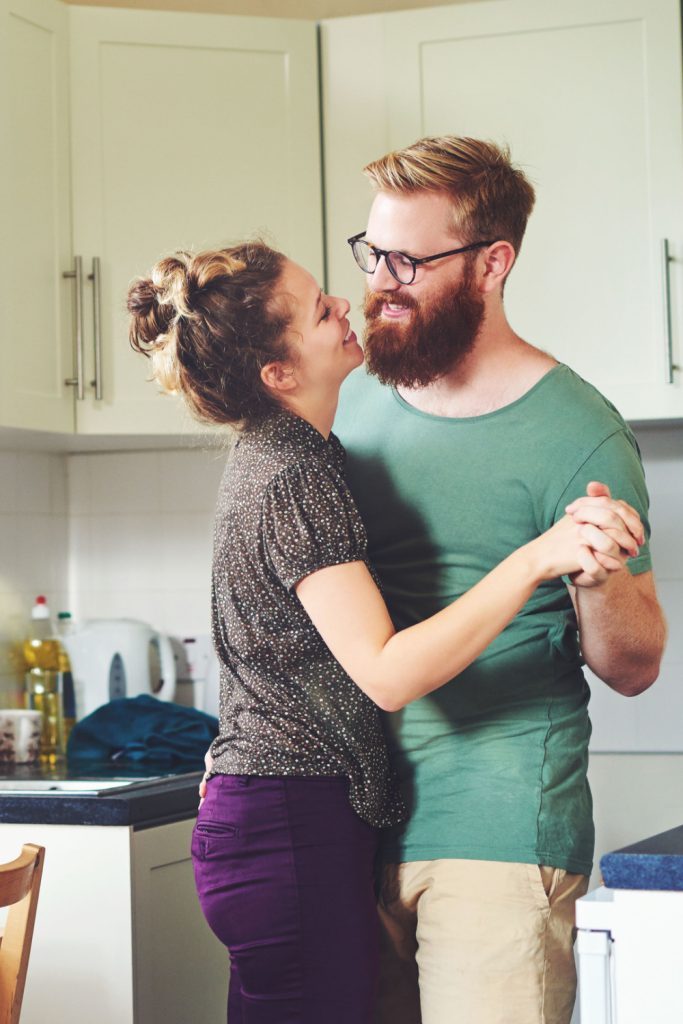 If a guy is playing you, he will be hot one minute and cold the next.

He texts you all day and night, but when you try to meet up, he always seems to be busy.

He loves spending time with you, but as soon as you try to get serious, he backs off.

He says all the right things, but his actions don’t match up.

He will make promises and then not follow through.

He’s playing games with you because he knows he can get away with it.

And why does he do it?

That’s the MO of a player.

If you’re confused about where you really stand in a guy’s life, maybe it’s because he’s playing you.

With a player, you’re never sure.

One of the signs that a guy is playing you is that he is always busy.

He always has something else to do, somewhere else to be, and someone else to see.

He’s never available when you need him, and he always seems to be in a rush.

When you’re together, he’s always looking at his phone or checking his watch.

It feels like he can’t wait to get away from you.

You start to wonder if he’s really as busy as he says he is, or if he has something up his sleeve.

3. He won’t introduce you to his friends

A guy who’s playing you will do everything he can to keep you away from the people who matter most to him.

He knows that if you meet his friends, they might see through his act and tell you the truth about him.

So he’ll do whatever he can to keep you separate from his inner circle.

If he’s always making excuses for why you can’t meet his friends, it’s a surefire sign that he’s playing you.

He doesn’t want you to know the real him, so he’s doing everything he can to keep you in the dark.

4. He only wants to hang out at night 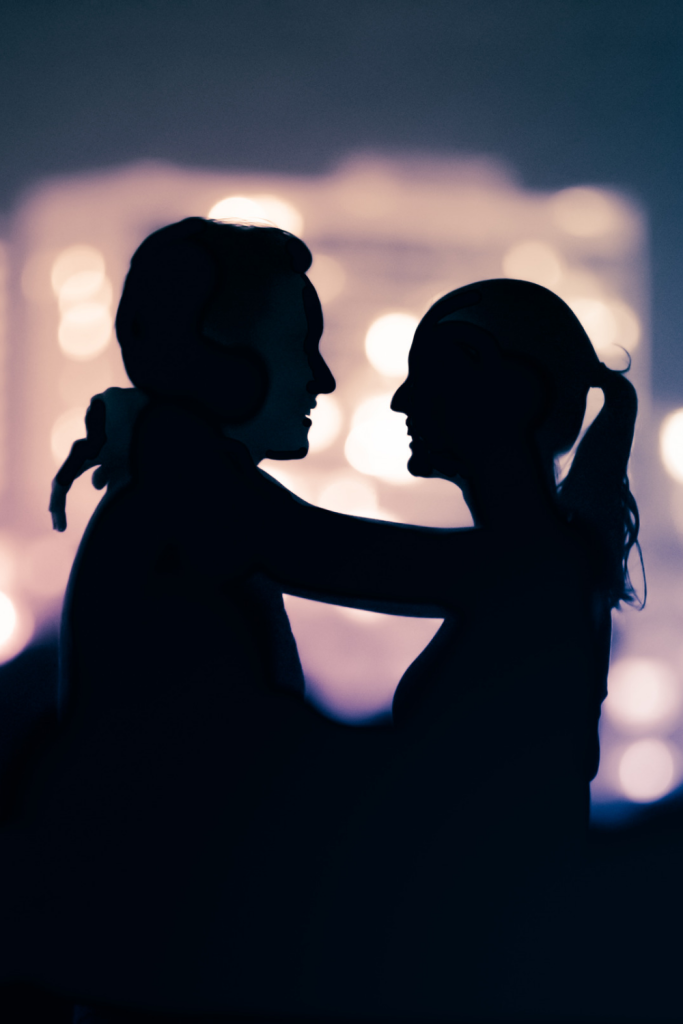 If a guy only wants to see you at night, it’s a red flag.

He’s probably hiding you from the people he knows because he doesn’t want them to meet you.

Or, he could be married or have a girlfriend and is using you for some extra fun on the side.

Either way, it’s not a good situation for you to be in.

If you’re only ever meeting up with a guy at night, something is not right.

5. He’s always talking about himself 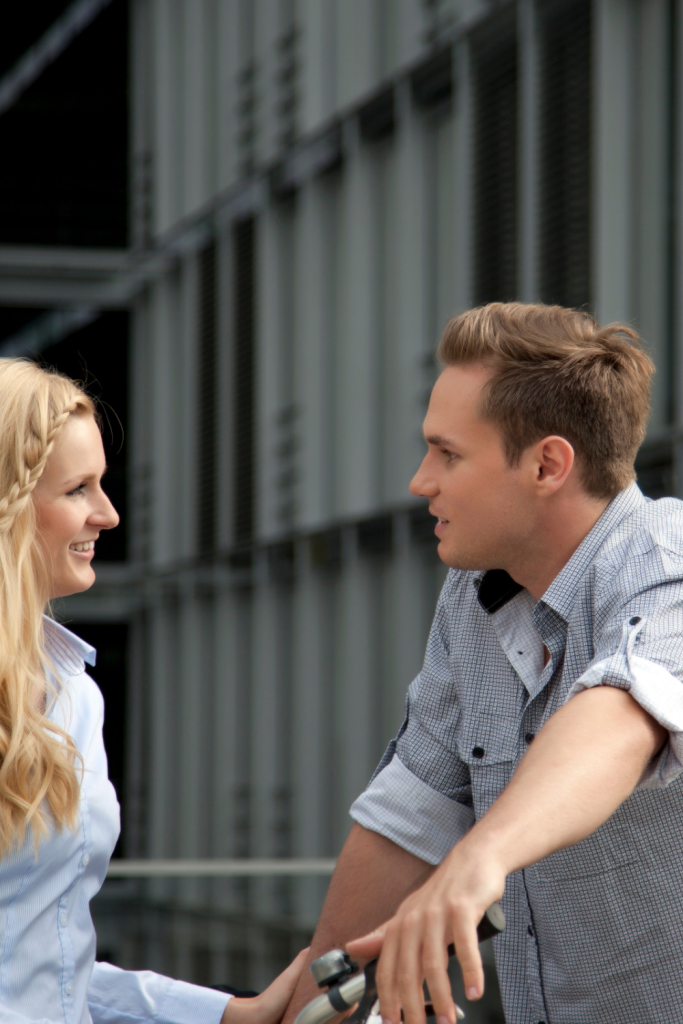 A guy who’s playing you will always make the conversation about himself.

He loves talking about his own accomplishments, his plans for the future, and his own problems in a way that won’t reveal his true intentions.

He’s always the center of attention and he loves it.

He doesn’t care about your life or what’s going on with you, because he’s only interested in himself.

If you’re constantly having to listen to a guy talk about himself, it’s a sign that he’s playing you.

If a guy is always trying to get you into bed, it’s a major red flag.

He doesn’t care about your feelings or your needs, he only cares about getting himself off.

That’s what a player is after—getting things from you.

7. You feel suspicious when he’s around other women 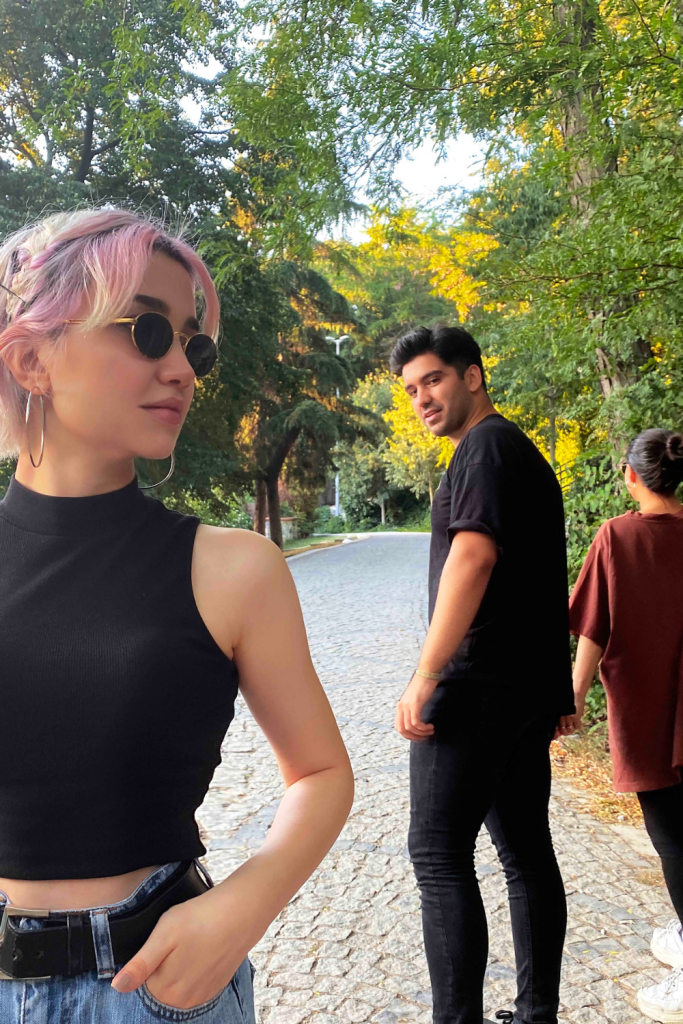 If you feel like something is off when your guy is around other women, even if he hasn’t given you any reason to feel that way, it could be a sign that he’s playing you.

If he’s constantly texting or flirting with other women right in front of you, it’s definitely a red flag.

But even if he’s not being overtly flirtatious, if you just have a bad feeling about the way he interacts with other women, it’s worth paying attention to.

Trust your gut on this one – if something feels wrong, it probably is.

If the people who know you best don’t like your guy, it’s definitely a red flag.

Your friends and family see you more objectively than you see yourself, so if they’re not fans of your boyfriend, it’s worth considering why that might be.

Of course, it’s possible that they just don’t understand him and once they get to know him better they’ll come around.

But if they’ve met him and still don’t like him, it’s probably because they can see that he’s not a good guy for you.

9. You don’t know his place of work or where he lives

If you’ve been dating a guy for a while and you still don’t know basic information about him like where he works or where he lives, something is surely fishy.

A guy who is playing you will often try to keep as much information about himself from you as possible.

He doesn’t want you to be able to track him down or to know anything about his life that could give you any power over him.

10. He always has an excuse

If your guy is constantly making excuses for why he can’t see you or why he’s late, it’s a sign that he might be playing multiple women.

Playing games with people takes time, so he needs to have a stock of excuses ready for why he can’t do what you expect him to do.

If your guy is a bag of excuses, something about him doesn’t seem right.

11. He never posts pictures of you anywhere online

This is one of the signs a guy is playing you.

If the guy you’re dating never posts pictures of you anywhere online, it’s a sign that he’s not really serious about you.

It’s a different thing if you both decide to keep your relationship private.

But if he doesn’t want to make the online community know that you guys are an item, he may have an ulterior motive.

Players want to keep their options open and by not posting pictures of you, he’s indicating that he’s still looking for someone better.

12. He’s always talking about other girls

One of the signs that a guy is playing you is that he’s always talking about other girl hitting on him.

He wants to make you jealous and insecure, and he’s using other girls as a way to do it.

If you’re interested in him, he’ll definitely pick up on that and use it to his advantage.

He knows that he can keep you around by making you think that there are other girls interested in him.

13. He’s secretive with his phone

A player guides his phone jealously, like a dirty little secret.

He puts it away when you enter the room, shields the screen from your view, and is constantly getting up to take calls in private.

He knows that if you saw what was on his phone, you might not be happy.

He might be texting other girls, looking at dating apps, or even keeping tabs on his ex.

Whatever the case may be, his secrecy is a clear sign that he’s not ready to let you fully into his life. 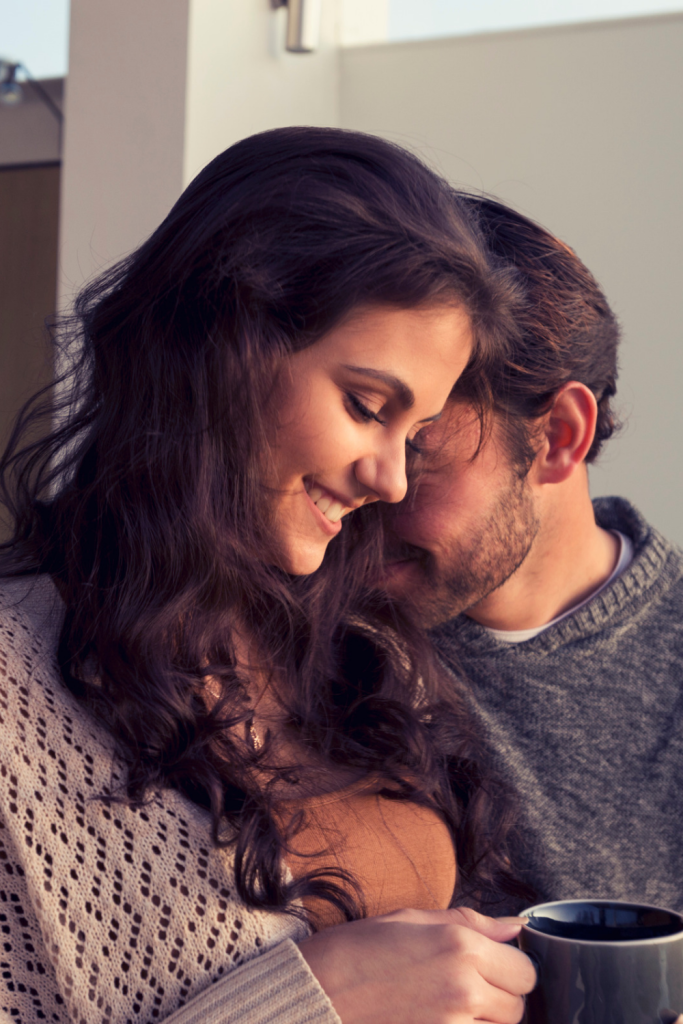 He always knows the right thing to say.

He tells you what you want to hear and his words always seem to flow effortlessly.

He’s a total charmer and every time you’re around him, you can’t help but feel caught up in his spell.

If your guy is too smooth, it could be a sign that he’s playing you.

He knows how to push all the right buttons and he’s using his charms to manipulate you into doing what he wants. 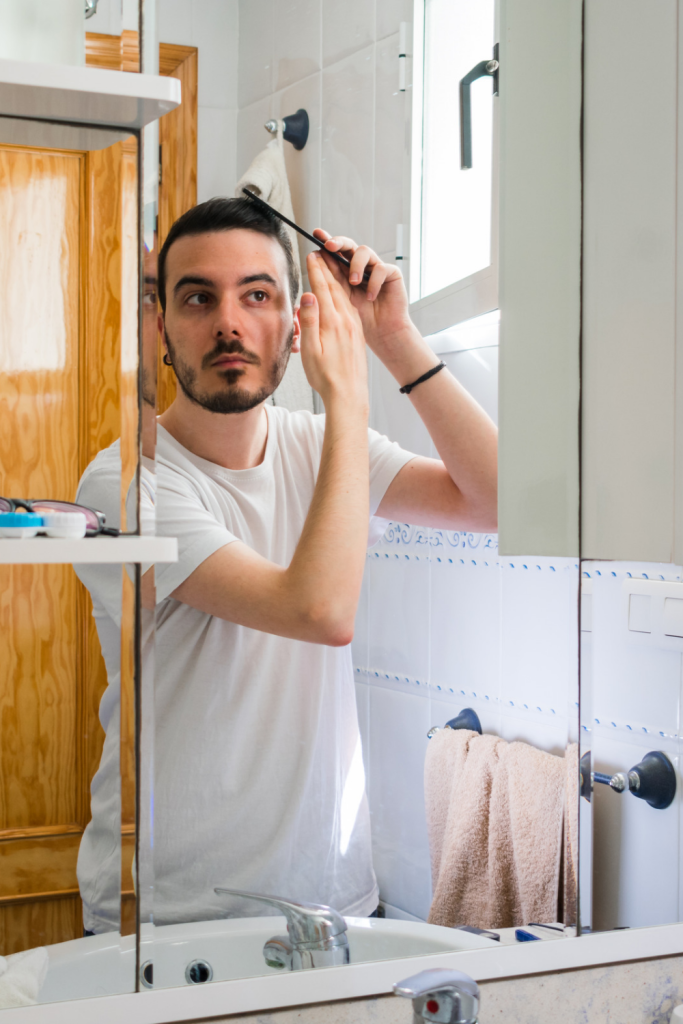 He’s always in the gym, making sure his six-pack is as visible as humanly possible.

He spends more time in front of the mirror than you do.

He makes sure his hair is always perfect, even if he’s just going to the gym.

He’s always dressed to the nines, even when he’s just hanging out with his buddies.

If you’re dating a guy who is this obsessed with his appearance, he’s more interested in looking good than he is in being with you.

Of course, there’s nothing wrong in a man making an effort to look good.

But for a player, it’s more than that.

A player’s looks is always his selling point, so he has to be on point with his looks.

If these most or all of these fifteen points seem familiar to you, you might be getting played by a man.

You should be clear on what you want from a relationship and look out for yourself.

It’s not your fault that you got played.

But what you do when you notice the signs, that’s on you! 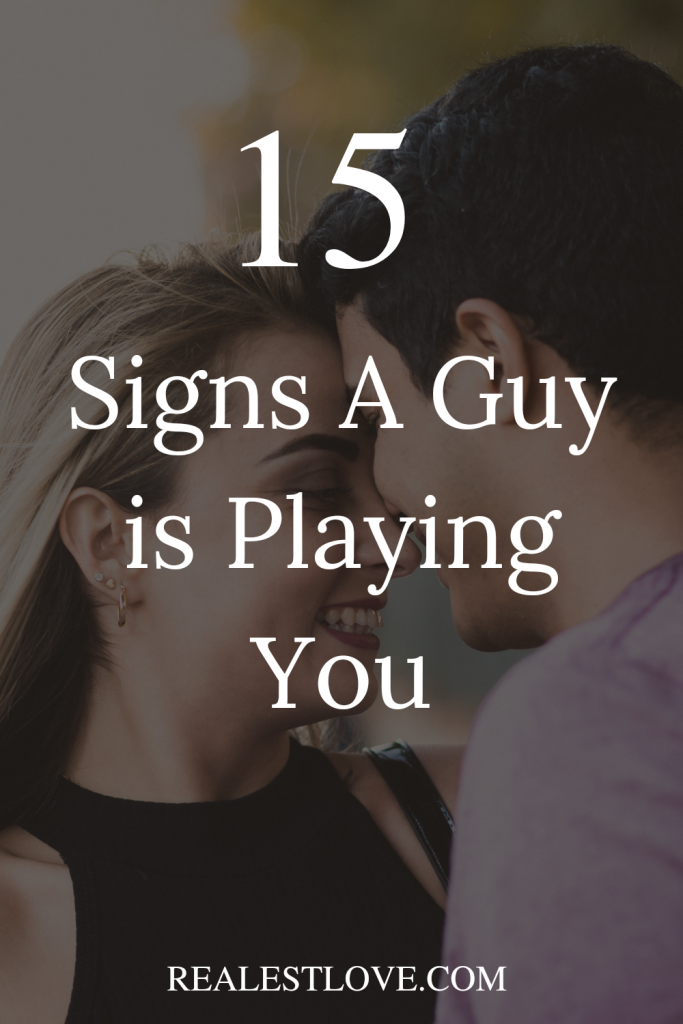