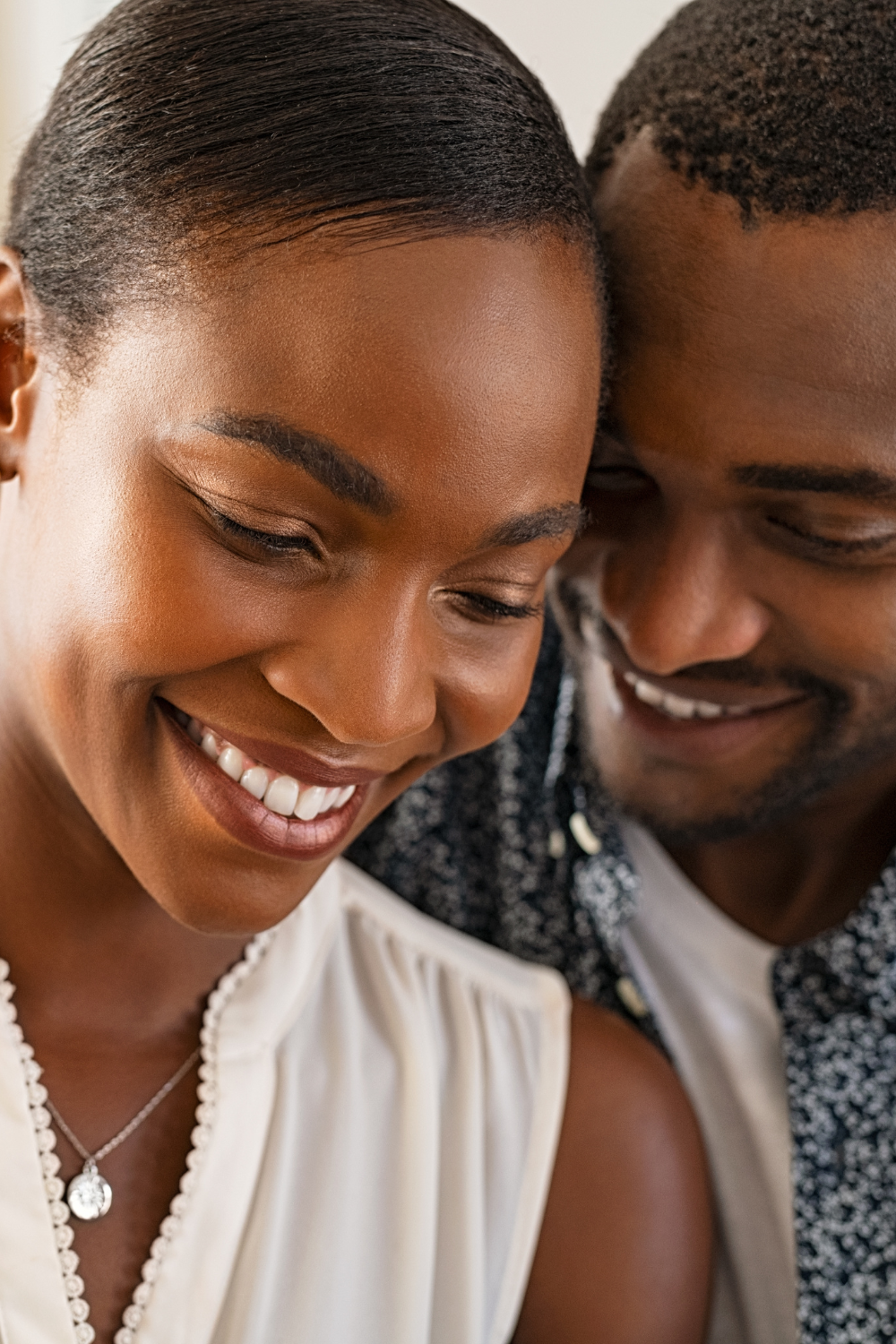 A smart woman is not toxic nor entirely self-seeking.

To be smart is to understand the workings of a relationship and to know what to do and what not to do.

Being a smart woman does not mean doing the right thing at all times in a relationship.

It means, on the whole, she makes an aggregate of choices that does not compromise her total wellbeing while at the same time, keeping the best interests of her partner and the relationship in mind.

For a better and more satisfying relationship for her and the person she’s dating, these are some things that smart women don’t do in a relationship:

10 Things Smart Women Never Do in a Relationship

The number one thing that smart women never do in a relationship is act like martyrs.

They don’t have to be an ego-inflater.

But when they’re in a relationship, they show up for their partner without feeling like they’ve just taken on the weight of the world.

Martyrs are people who do all the work and get none of the credit.

They are exhausted, and they’re probably resentful of their partners.

And they certainly don’t trust them to help out in any way.

Smart women know that a relationship is a partnership, and if you’re always doing all the work, you’ll never be happy.

Asking for help, accepting compliments and gifts, and letting their partners know they’re grateful for their support are all signs of maturity that are peculiar to smart women.

Holding grudges is a waste of time, energy and emotions.

It makes you feel negative about the person you are holding the grudge against.

Grudge holding is also a waste of space, as it takes up room in your heart that could be used for positive feelings towards others.

Holding grudges puts stress on your nervous system and can negatively affect your health in many ways including increasing symptoms of anxiety, depression, anger and resentment.

It is an unconscious act that we have to become conscious of before we can heal from it.

If your partner has done something wrong, or hurt your feelings, or otherwise messed up and is trying to make amends, don’t hold onto it and let it fester.

Instead, give them the chance to apologize, and then let it go so that both of you can move on together.

This is what smart women do.

3. They don’t shut out friends and family 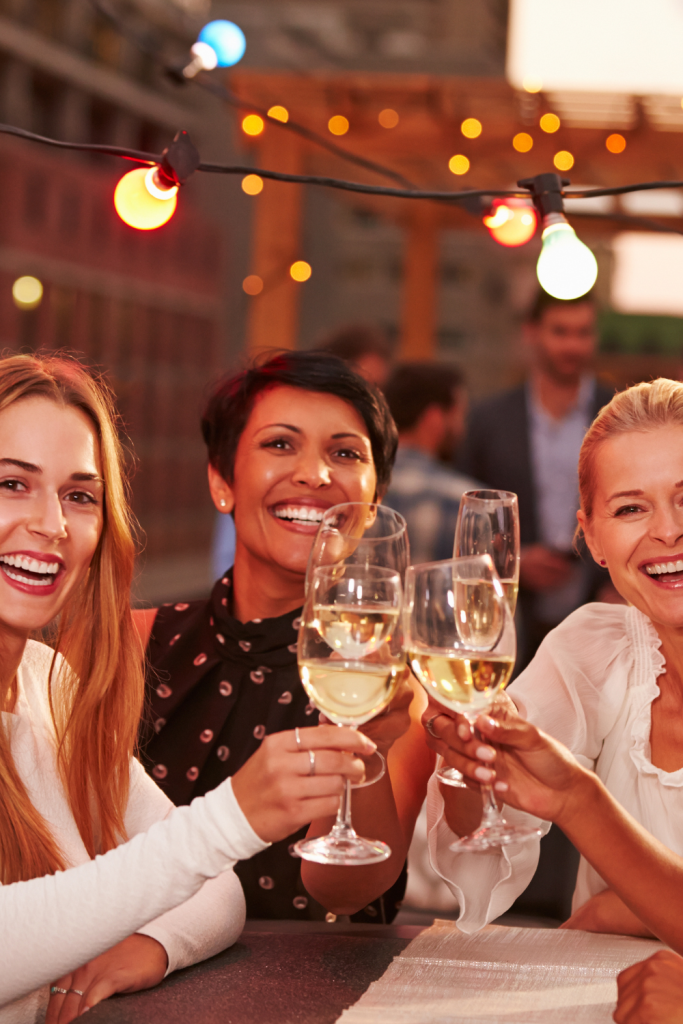 A smart woman is always looking out for her friends and family.

She doesn’t shut them out because she’s in a relationship.

She keeps them close, even when they don’t approve of her partner.

She is regularly involved in their lives.

Smart women never give up on the people who have been there since day one, and they don’t risk alienating those people by shutting them out of their life.

A smart woman stays in touch with friends and family.

4. They don’t put their significant other on a pedestal 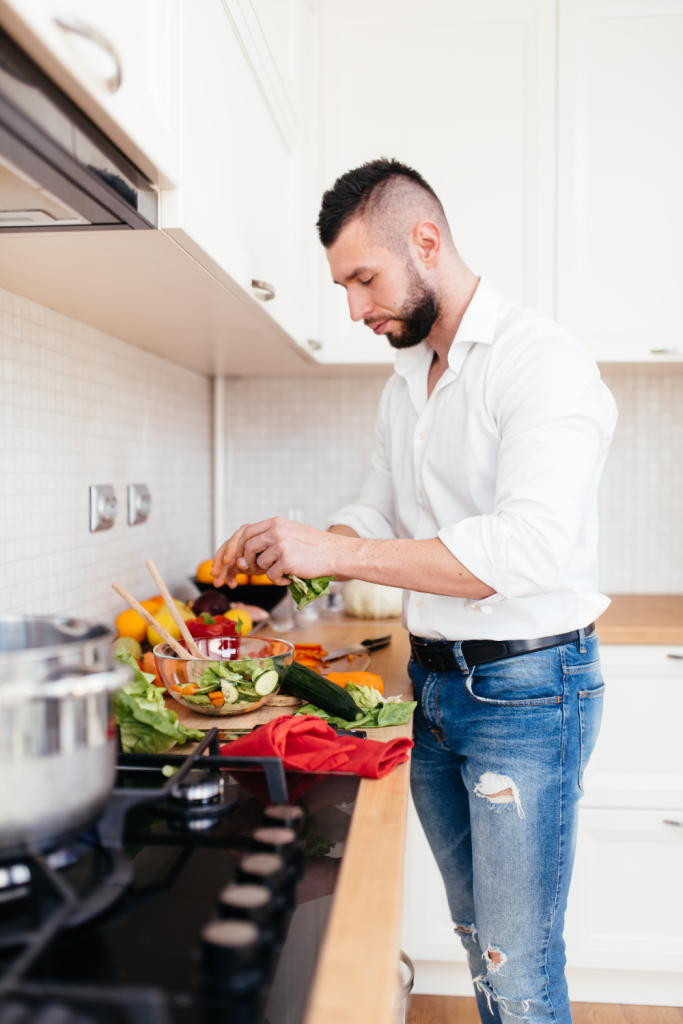 One of the best things about being in a relationship is that you get to see a side of someone that no one else does, and it’s a beautiful thing.

But there are some things that smart women never do in relationships and one of them is putting their significant other on a pedestal.

This means you think your boyfriend is perfect and can do no wrong.

Smart women know that their significant other isn’t going to be perfect, and they don’t expect them to be.

They understand that even though someone is your significant other, it doesn’t mean they’ll never do something wrong, and it doesn’t mean you have to hold them accountable for every mistake they make forever.

5. They don’t put up with toxic partners

Toxic partners are bad for your health—mental, emotional, and physical.

They are also bad for your career and finances because toxicity drains you of productive energy.

Smart women do not put up with toxicity.

They value their peace of mind over romantic relationships.

They know that there are plenty of great people out there, so they’re not going to waste their time on someone who doesn’t treat them well.

6. They don’t ignore their own needs and feelings

Everyone has needs but while some women express their needs, others don’t.

They are so busy making sure they’re doing everything to make their partner happy, and fail to take care of themselves.

Truly, it’s easy to get so caught up in the needs and feelings of your partner that you forget to nurture yourself.

Sure, you’re in love and that’s great, but if you don’t take care of yourself first, you won’t be able to tend to your partner.

They don’t pretend that all is well because they don’t want to appear needy or annoy their men. 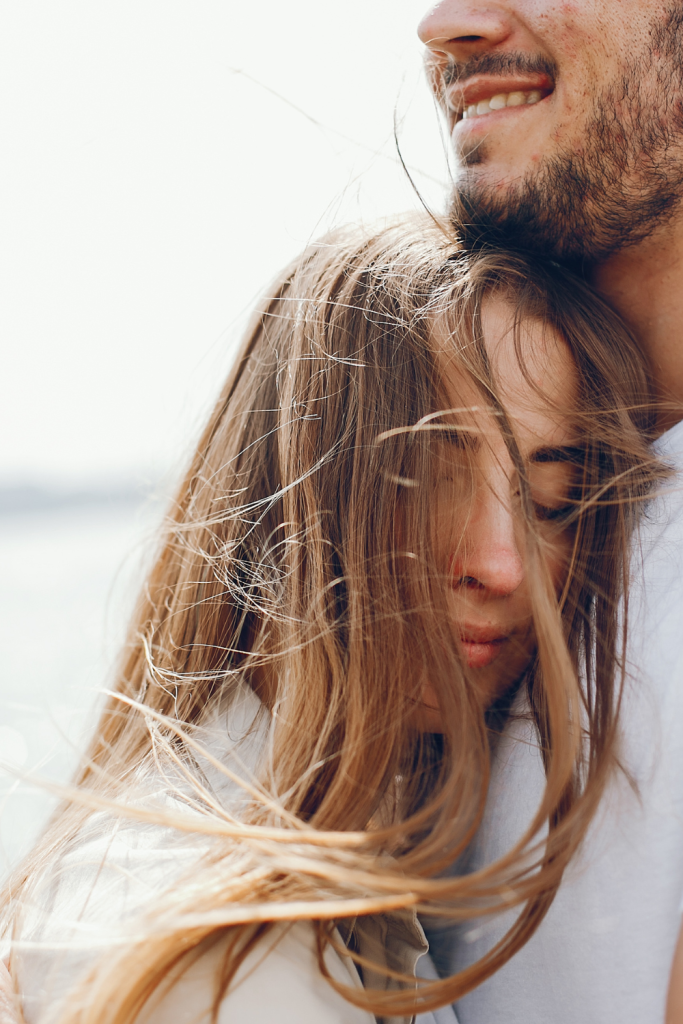 Smart women are too busy with their lives to be clingy.

They have their life and interests and can’t afford to be attached to their men 24/7.

Even if they have too much time on their hands, they won’t lavish it all on their partners.

They are aware of how unattractive clingingness is and how it can make a man lose interest in a relationship.

And what is a smart woman if not attractive?

8. They don’t apologize for their own emotions 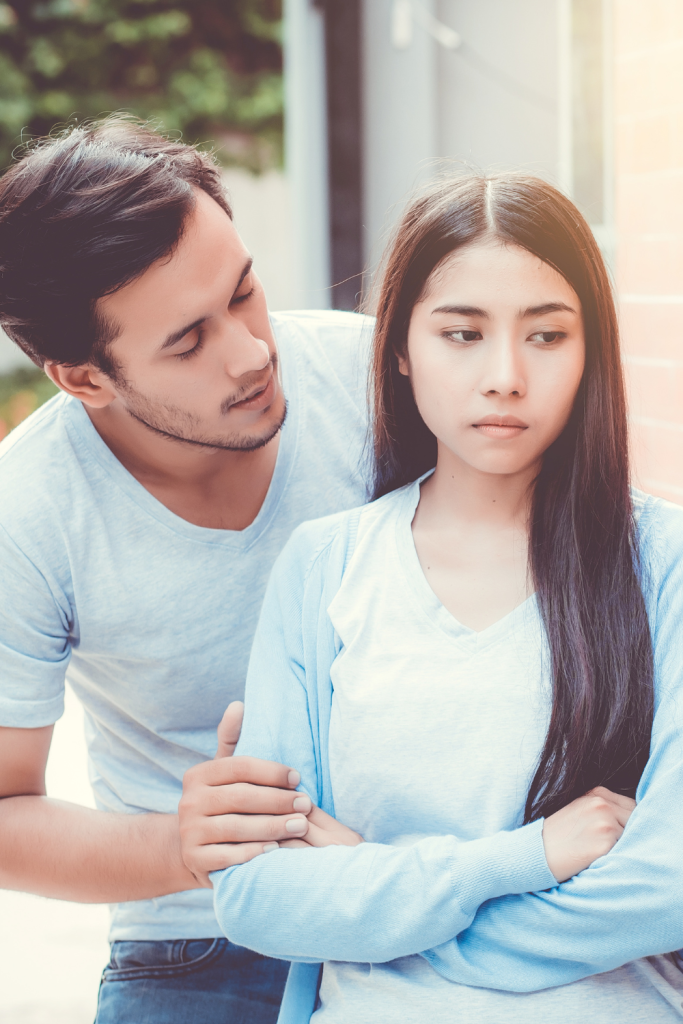 Smart women know that emotions are a part of life, and they don’t apologize for their feelings or make excuses for them.

They accept them as part of who they are.

When you’re in a relationship with someone, it’s important to be able to communicate your feelings and needs.

But that doesn’t mean you have to apologize for them.

If you feel angry or frustrated, don’t apologize for it, just let your partner know about how you’re feeling.

It’s okay for you to be upset.

And it’s not okay for your partner to make you feel like you need to apologize for being upset if they’ve done something wrong.

Smart women know that emotions are important, so is honesty about them.

9. They don’t take responsibility for other people’s emotions or behaviors

One of the most important things smart women never do in a relationship is take responsibility for other people’s emotions or behaviors.

This means not blaming yourself when your partner doesn’t want to talk about something, or even when they’re having a good time and you’re not.

Only insecure people take the blame for things that aren’t their fault, and smart women are secure enough not to do that.

Smart women know that they deserve to be with someone who respects them, and they don’t settle for anything less.

They don’t tolerate a partner’s bad behavior, either.

Instead, a smart woman will encourage you to work on those things and show you how important it is to her that you do so.

Smart women know that settling is never a good idea and never the answer.

You may have your own ideas about what defines a smart woman in a relationship.

We all have our own set of rules for how to be a smart person in a relationship.

Some of us have rules that we’ve learned from our parents, or from friends, or from other people who’ve been in our lives.

And some of us make up our own rules as we go along.

But if you want to avoid some of the pitfalls that women sometimes fall into when they get involved with someone new, then remember these tips. 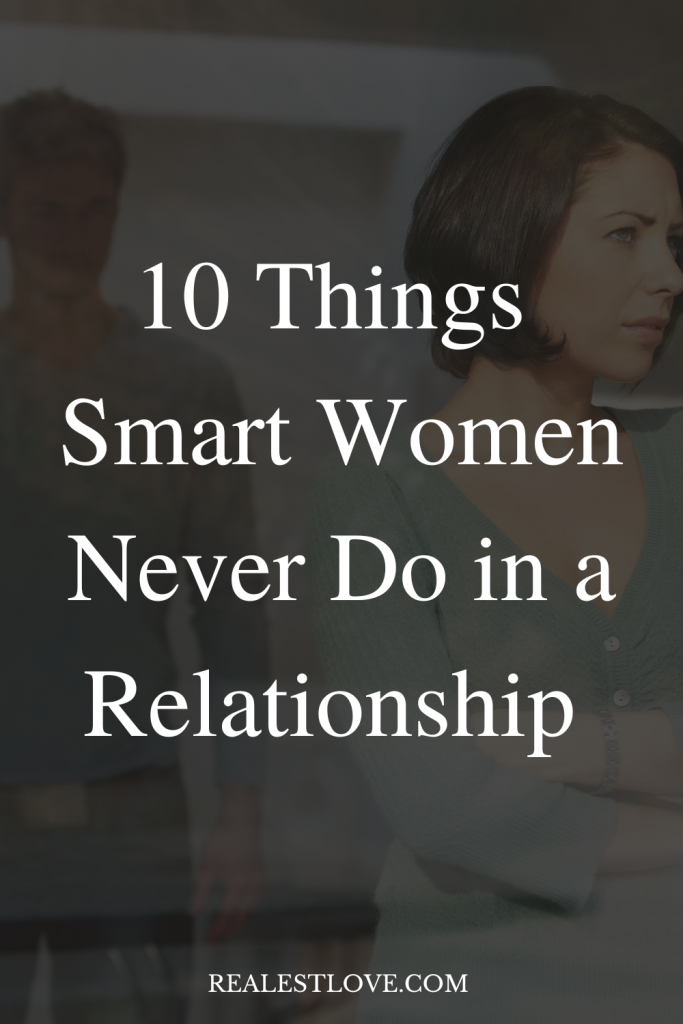