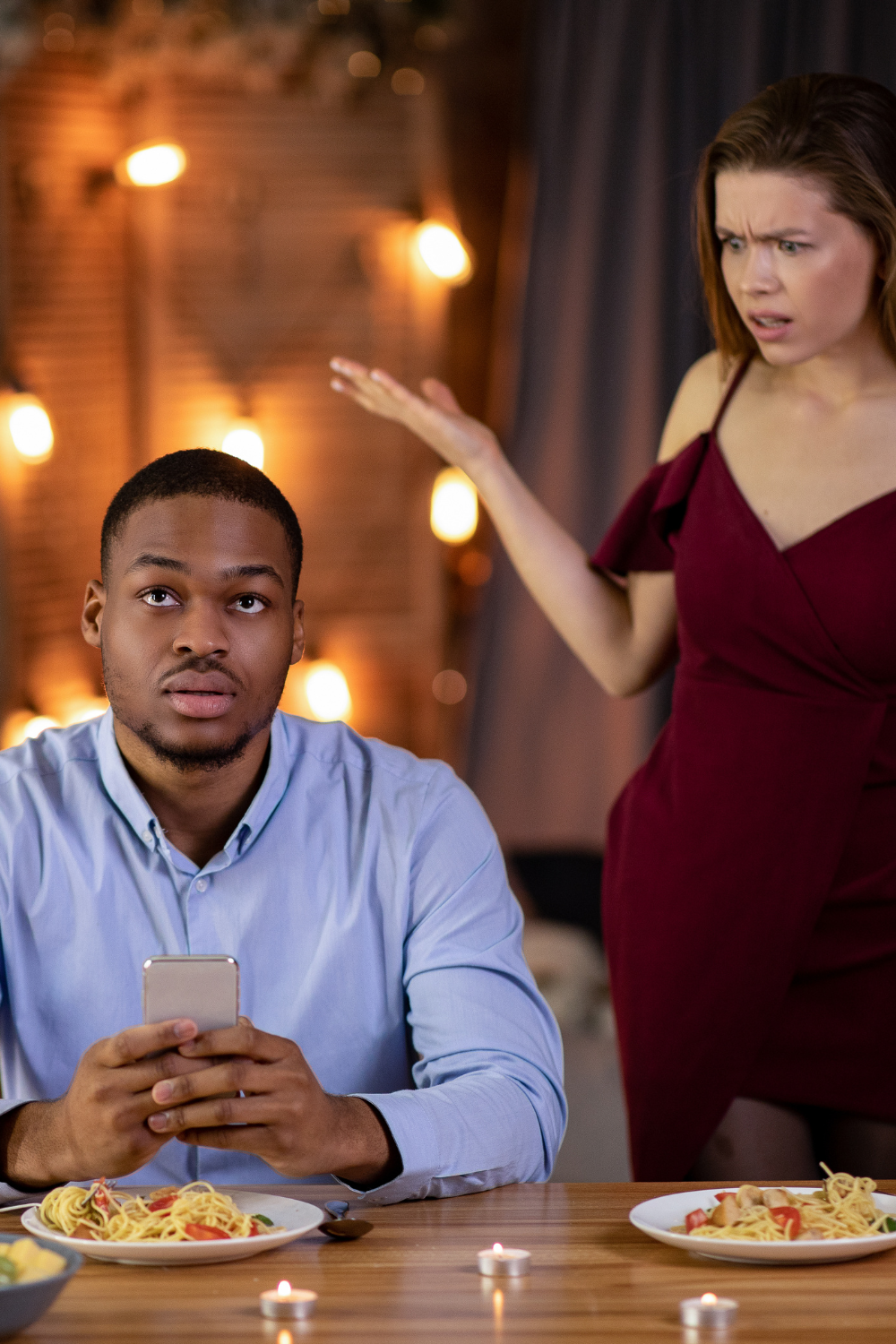 It’s not easy to spot a loser in the beginning.

In fact, he can seem like the perfect guy: He’s charming, he loves you and he has his act together.

But as time goes on, you start to notice that something isn’t quite right.

1. He doesn’t have a job or career goals 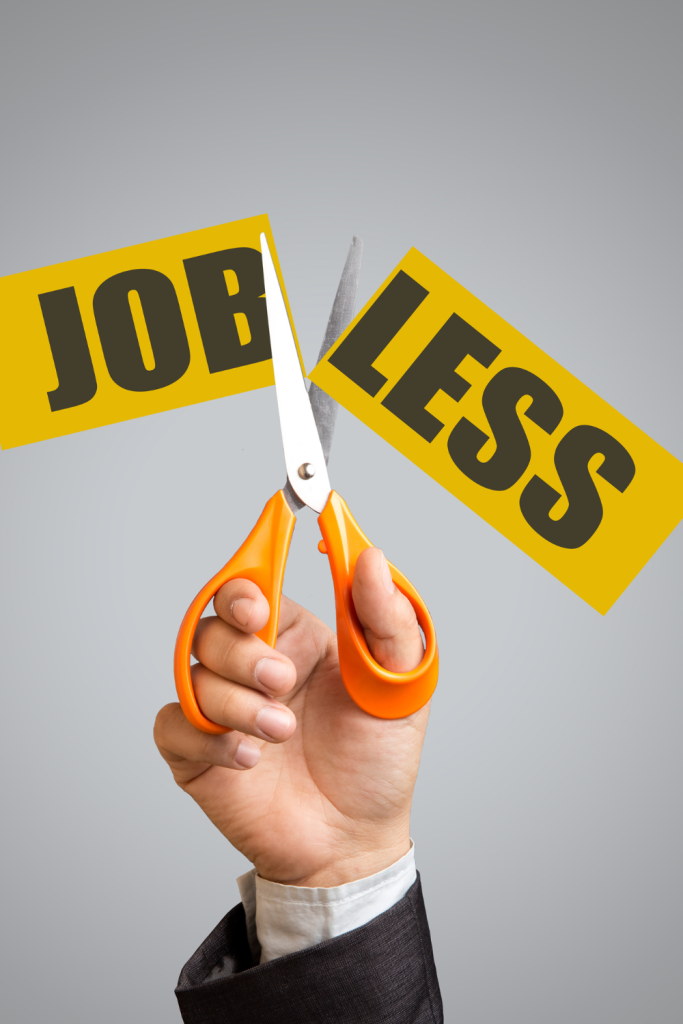 A man who has no direction in life is not going anywhere fast.

He might talk about big plans for the future, but if he doesn’t set small goals for himself along the way and follow through with them, those big plans will never come to fruition.

And if by some miracle they do come to fruition, it will likely be because someone else helped him get there, not because he did anything on his own

2. He lies about everything

A loser is a chronic liar!

Lying is another one of the most common traits of losers.

They lie about everything from their age, height and weight to how much money they make and where they work.

They will tell you whatever they think will get them what they want from you, so can’t believe anything they say until you can confirm it yourself.

3. He uses excuses instead of solutions when something goes wrong in his life or relationship with you

When something goes wrong in life or in your relationship, there are always two ways to deal with it:

Finding a solution or making up an excuse as to why things happened and blaming others for it happening so that they feel guilty enough not to talk back at you.

A man who is a loser never takes responsibility for his failures and mistakes.

He’ll always have reasons for them or blame others.

4. He has nothing to talk about

A little bit of silence is good, but if you find yourself trying to fill every gap in conversation with “um” and “like,” then chances are your partner has nothing going on in his head.

This is because a loser is not big on personal development.

If you take personal development seriously, you’d be hungry for knowledge.

You’d read and learn from others, so you’d never run out of things to talk about.

If your boyfriend has nothing meaningful to contribute during conversations, he might just be a loser who has nothing to offer.

5. He doesn’t have any friends or family who like him

If everyone thinks he’s a jerk, why will your opinion of him be any different?

I know it’s normal to have some family members and friends who are not your big fans but something isn’t right if everyone who should love you thinks you’re a jerk.

If none of his loved ones likes him or takes him seriously, you should not ignore that.

6. He doesn’t have goals about anything, not even family

A real man knows what he wants in life and is working towards it every day.

He has plans for the future and works towards them every day by taking care of himself physically and mentally so that he can achieve his goals more easily.

A loser doesn’t have any goals because he doesn’t care about anything except himself.

You don’t know where you stand with him or where your relationship is headed because he doesn’t have any clear future plans.

You’re just dating for the moment. 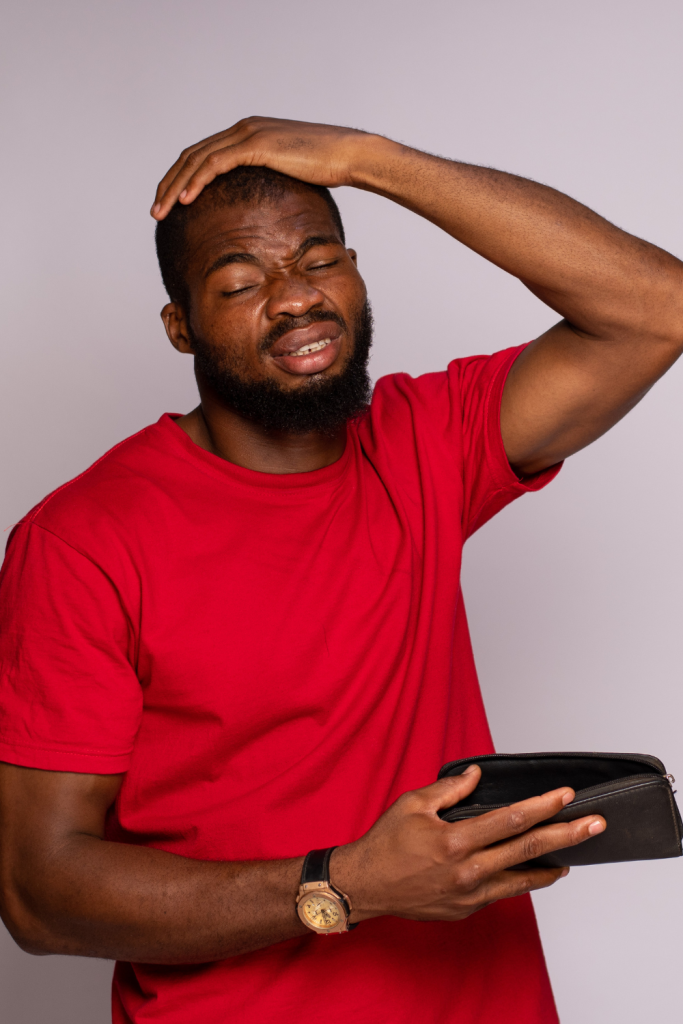 A loser is someone who doesn’t have the ability to take care of himself financially.

If this guy is always broke, that means he’s not capable of taking care of himself or anyone else in his life.

The only person he cares about is himself, which means that if something bad happens in his life, it will be up to you to fix it for him.

This is when you starting thinking of a loser’s motive for being with you.

Because if he’s always broke and you have to constantly help him out financially, he might just be using you for money.

8. He makes you feel you’re not good enough for him

Losers usually try to make themselves feel better by dating people they know are smarter, prettier, and more successful than they are.

The problem is that if you’re dating a loser, you’ll never feel good enough for him.

He’ll always find something wrong with you or put you down in some way just so he can make himself feel superior. 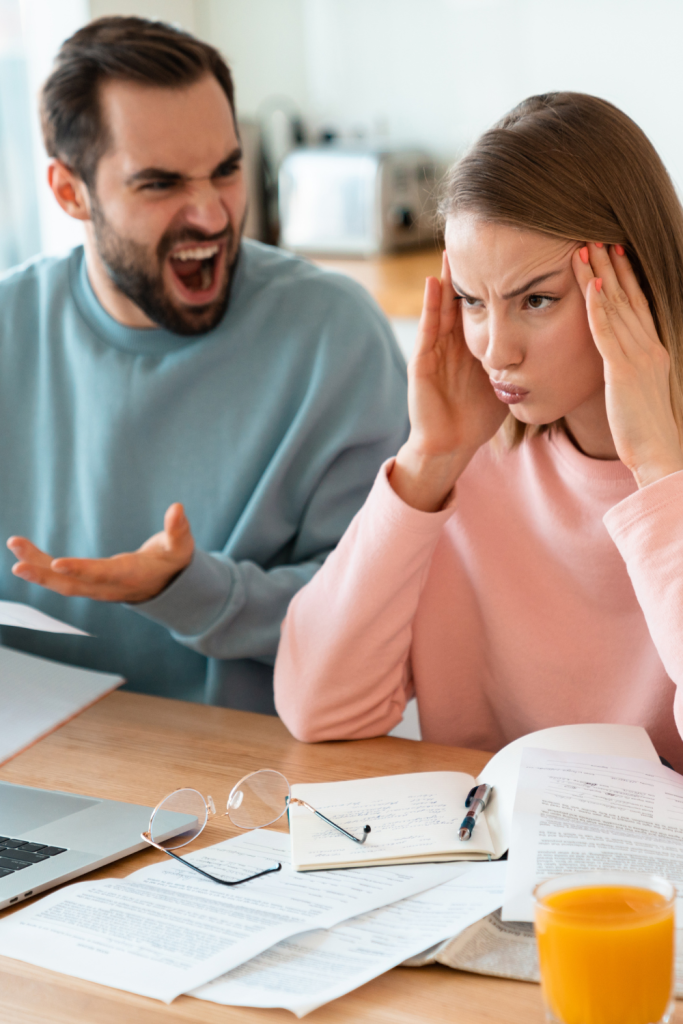 He never pays for anything, even if it’s his idea to go out in the first place, and he makes rude comments about how much money you spend on things that don’t matter to him at all (like your hair).

10. He can watch TV or play video games all day 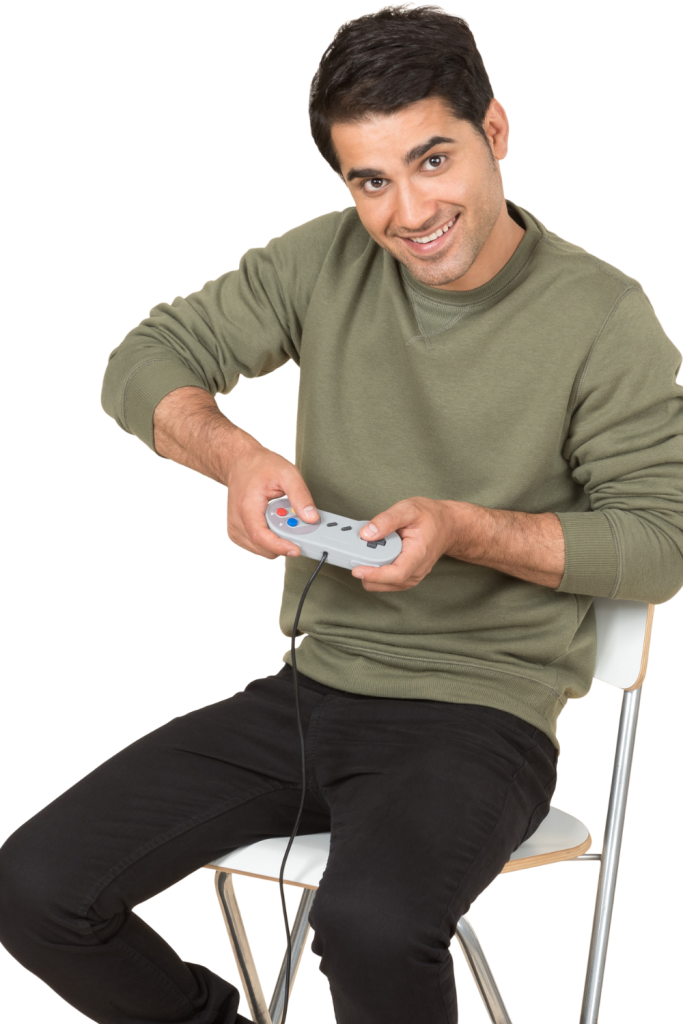 There are a lot of guys who play video games and watch TV all day.

I’m not going to say that those activities are inherently bad, but if your boyfriend constantly does them instead of spending time with you or doing something productive, it might be time to consider whether he’s really your type.

It’s good, in fact important, to have hobbies.

After all, all work and no play makes Jack a dull boy.

However, hobbies only make sense when you’re also engaging in other productive activities e.g. work, personal development, goal-setting, and improving your relationship with your partner and loved ones.

If all your man wants to do is watch TV and play video games, it doesn’t seem right.

11. His friends are losers too 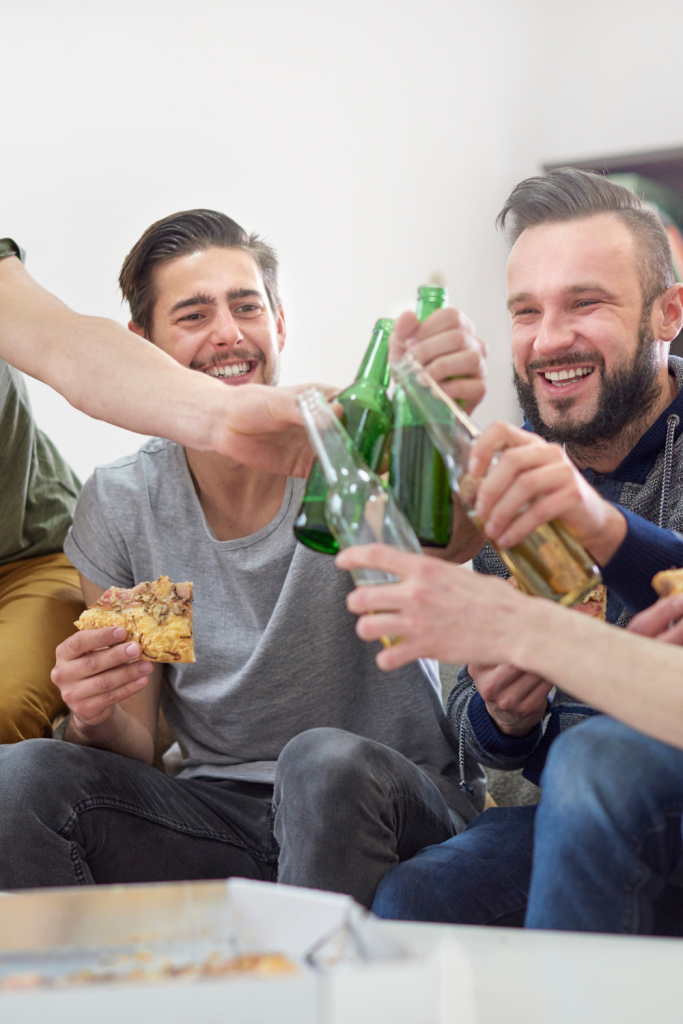 “Show me your friend and I’ll tell you who you are.”

“Birds of a feather flock together.”

They show the impact of association in an individual’s life.

So if you notice that the people around your man are losers, it’s a very good sign that he is one too.

Don’t get me wrong, some people are born with friends who are losers or they just happen to be in the wrong crowd at the wrong time.

But if you notice that all of his friends are also losers or criminals, then you should be concerned about his character.

People tend to surround themselves with people similar to them, so if his friends are losers too, there’s a good chance he is too (or vice versa).

I can’t tell you what to do because only you can tell what you want in a relationship.

Some women don’t mind being in a relationship with losers as long as he’s good in bed.

If that’s the case, forget about this article.

But if your man has these qualities and you don’t like what he’s offering, well, you can encourage him to do something with his life, if you love him.

But if you can’t cope, you know what to do. 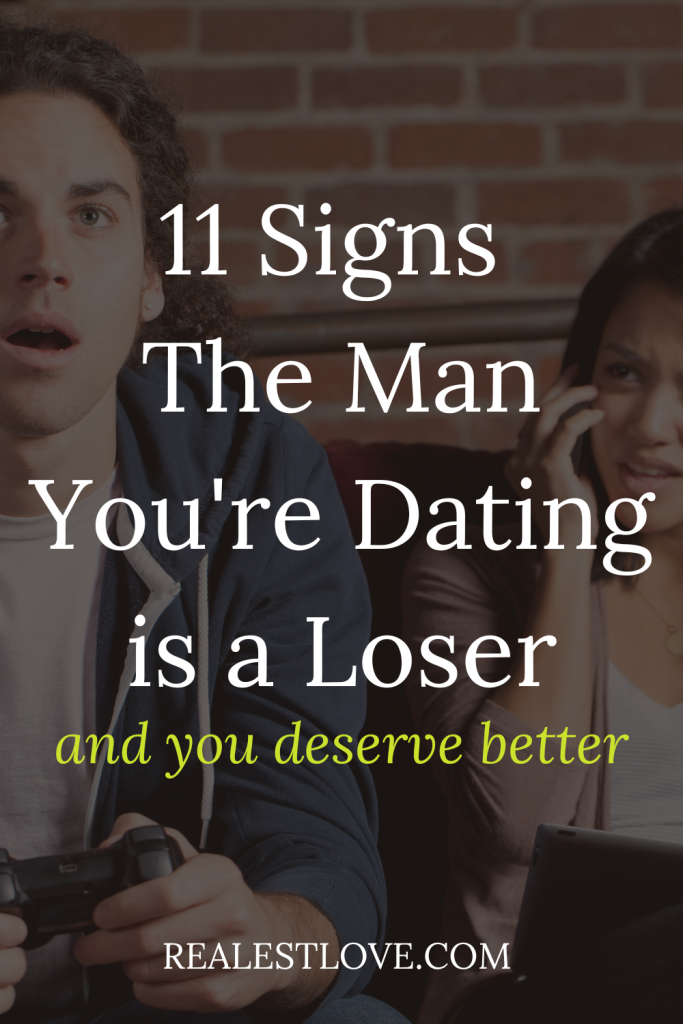