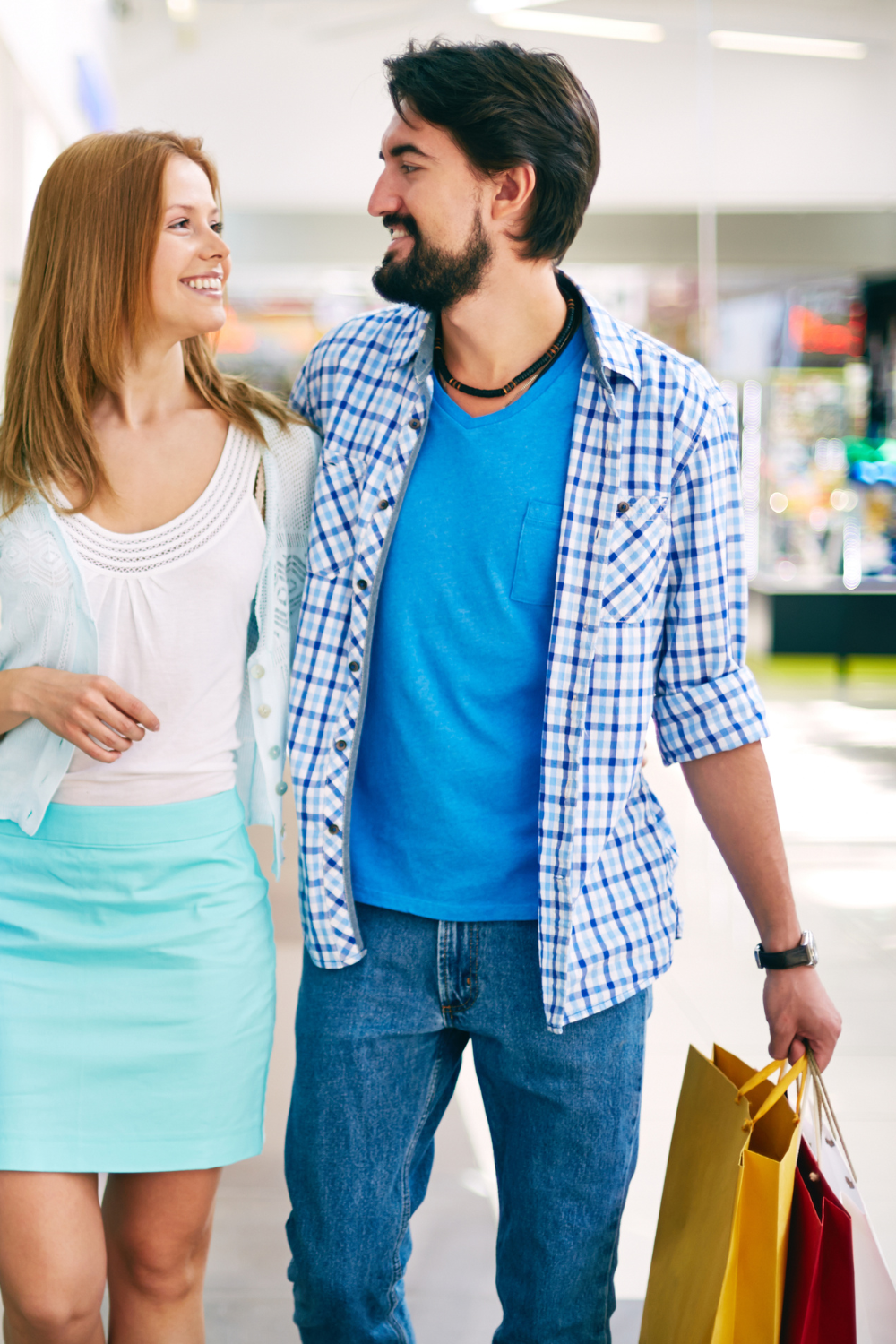 Everyone knows that dating is expensive.

But if you’re in a relationship with someone who doesn’t have enough money to buy his own food, pay his own bills or even take you out to dinner, it’s time to consider whether he’s using you for your money.

If you are in a relationship and you have suspicions that your man is using you for money, here are some signs to look out for

19 Sure Signs He is Using You for Money

1. He’s always “borrowing” from you and not paying it back 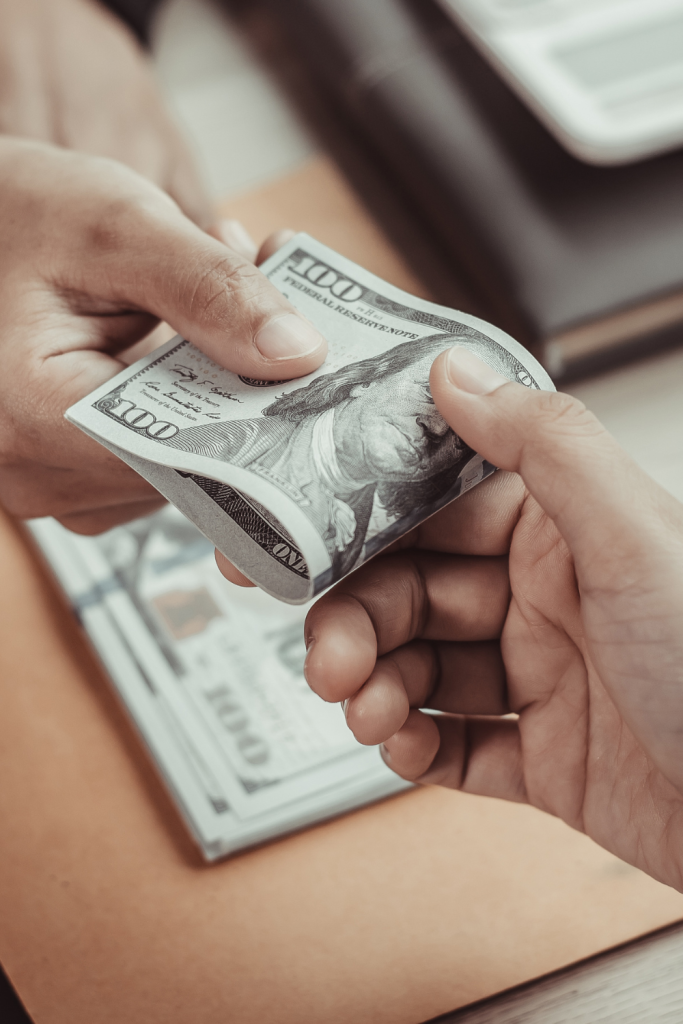 If your boyfriend asks for a loan from time to time, there’s nothing wrong with that per se.

But if he keeps asking, then there might be something else going on behind the scenes.

For example, if he keeps asking for more and more money despite having made no effort to pay back what he owes initially, then this is one of the signs that he’s using you for money.

2. He has expensive tastes 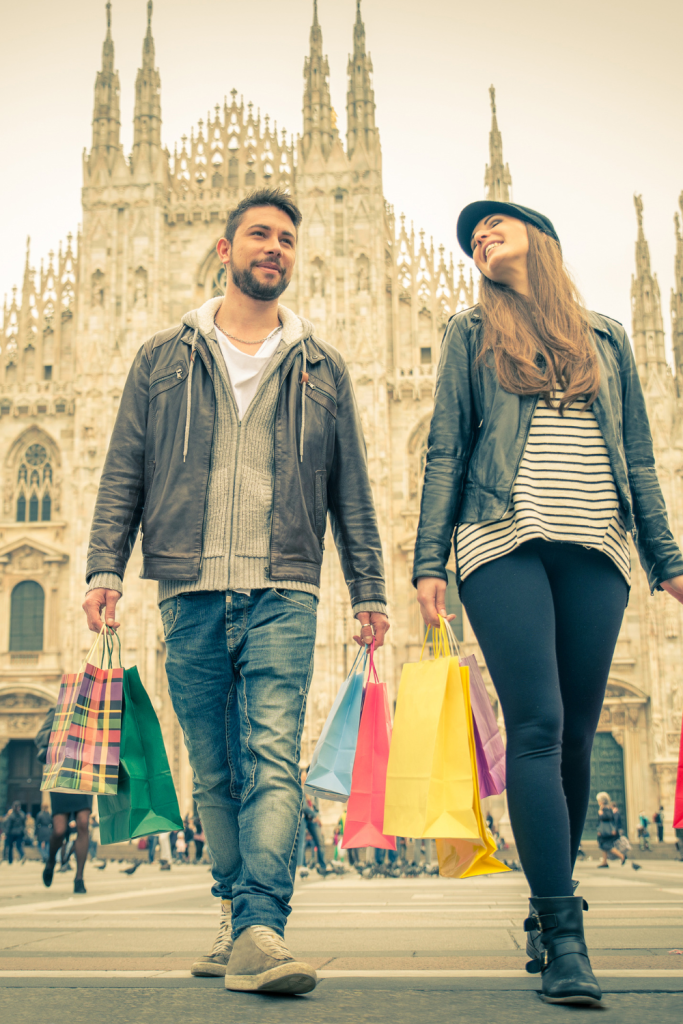 If he likes expensive things like designer clothes and shoes, or even just wants to eat out all the time rather than cook at home, he thinks spending lots of money makes him feel good about himself.

And that means that he sees you as someone who pays for him to feel good about himself.

3. He has no problem spending your money but gets upset when you ask him to pitch in

If your man has no problem spending your money but gets upset when you ask him to pitch in, it’s one of the signs he is using you for money.

He expects that he’ll always have access to your resources while refusing to contribute when necessary.

No matter how much he tries to hide it, you’ll always notice his irritation and hesitation when you ask him to pitch in.

4. He’s always borrowing from others

A guy who is dating you for money not only borrows from you, but also looks for opportunities to borrow from friends or family members instead of getting a job or improving his finances on his own terms.

He’s so entitled to other people’s resources and he doesn’t mind getting them by borrowing.

And not paying back, of course.

5. He wants you to pay for everything

When the two of you go out on a date whether to eat or anywhere together, he expects you to pay for everything — even things like the tip for the server at the restaurant or buying tickets for an amusement park ride.

You don’t mind paying for these things, but it seems like he expects it every time and never offers to contribute anything himself.

He believes you have the money, so there’s no need for him to contribute.

You might hear him say, “I’ll get the next one” when it comes to going out on dates or even just grabbing coffee together.

6. He’s always complaining about being broke

If you hear your boyfriend complaining about how broke he is all the time, it could be because he’s trying to get your sympathy and make you feel sorry for him so that you’ll give him money.

If this happens, don’t fall for it.

It can be very easy to give in and give money out of guilt or pity but if he’s not willing to change his ways, then it won’t be long before he starts asking for more again.

7. He never pays his own bills

One of the ways to tell he is using you for money is he never pays his own bills and always expects someone else (YOU) to do it for him.

If you’ve noticed that he never pays his own bills or tries to make up excuses about why he can’t pay them yet again, he’s taking advantage of other people’s generosity just so that they’ll pay his expenses for him instead of doing it himself as an adult should do.

8. He doesn’t have a job or career goals

If he can’t even get off his butt and make an effort to find work or get more work to earn more, he’s definitely up to something.

Especially if you’ve been bearing the financial responsibilities of the relationship.

9. He has no concern about what happens to you

This is one of the biggest signs that someone is using you for money and has no compassion for you whatsoever.

If he has no concern over what happens to you or how bad things may go wrong for you in the future (and especially if he’s not willing to help), then he’s surely using you for what he can get.

Because he doesn’t care about you.

He doesn’t care about your job, how hard you work, or how stressed you are.

He doesn’t care how much you spend.

10. He spends more than he earns

If he has a history of spending more than he earns, then he could be using you for money.

People who spend beyond their means often have trouble managing their finances and may resort to borrowing money from others just to get by.

So if he has no qualms about spending more than he earns or taking out loans without discussing them with you first, you’re looking at a man who will have debt problems.

11. He makes excuses to not go out with you and see you because he says he doesn’t have enough money

This is pretty straightforward — if he’s always saying he can’t see you because he has no money to pay for dates, it’s because he doesn’t have or doesn’t want to spend his money on you.

He knows you love him and want to see him, so you’ll pick up the tab as usual.

12. He doesn’t care about saving or getting financially educated

It’s a sad but true fact that some people just don’t care about their finances.

They may never have been taught how to manage money, and they don’t care to learn how to do so now.

Others simply don’t want to take the time or make the effort.

If you’re dating a man who doesn’t seem interested in getting educated about money and has no savings, he might be using you for money.

Having savings allows us to live comfortably when things go wrong, even if it’s just for a little while until we get back on our feet again.

How will he support himself if anything happens to him if he has no savings?

13. He occasionally buys you expensive gifts so you won’t suspect his motive 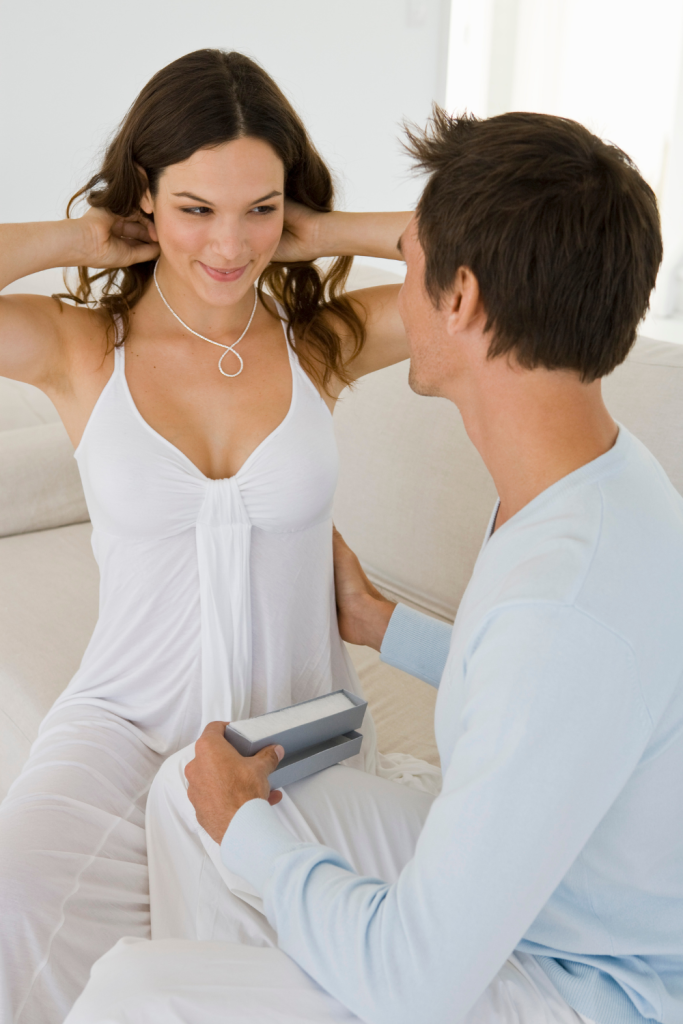 If he’s using you for money, he will be generous on occasion.

He may buy you a nice gift or take you on a fun trip to make sure that you don’t get the idea that he is using you for financial gain.

14. He keeps your loved ones away from you

He doesn’t want your loved ones around you so he can use you very well.

They say love is blind, but not to your loved ones.

Even if you don’t see the signs he is using you for money, they will see.

If your friends are constantly telling you that he’s a jerk or he’s just using you for his own purposes, then listen to them.

They may have good reasons for saying so.

If they don’t like him, there’s probably a good reason why.

16. He’s evasive when you ask about his finances

If he won’t tell you how much money he makes, what he does with his money, or how much debt he has, then he isn’t being completely honest with you.

If he is not willing to talk about his finances, take heed of the situation because there is most likely a reason why he doesn’t want to talk about it with you.

17. He has no interest in getting to know the real you

If a guy does not want to get to know the real you but enjoys the benefits you can offer, it is likely that he is using you for money.

A man who really wants to be with a woman will want to know everything about her.

He will want to get to know her interests and hobbies so that they can share them together.

If he does not seem interested in getting to know you as a person, he surely has an ulterior motive.

18. He asks for money for emergency

He might even say that it is an emergency situation where someone has died or something has happened that requires money urgently and quickly.

He knows you care about him and wouldn’t leave him in an emergency situation.

19. He’s extra sweet when he needs something from you 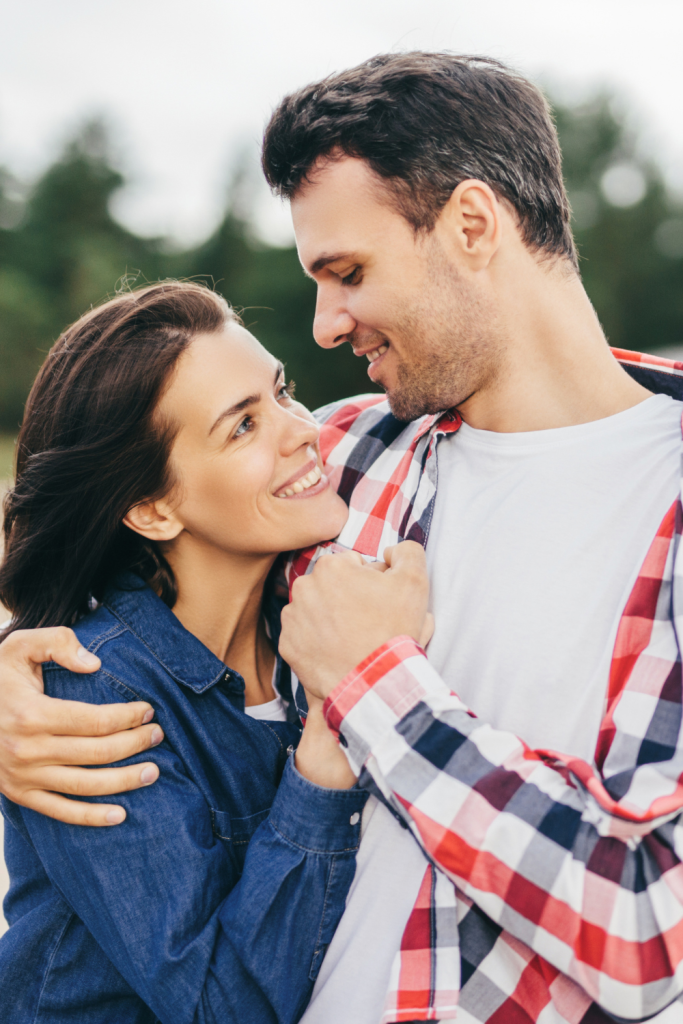 A man who is genuinely interested in you will be affectionate and sweet all the time, not just when he wants something from you.

If a man is only nice to you when he wants something (money, help with a project, etc.), he’s obviously using you for whatever it is he needs.

The problem with dating someone who uses your money is that once they get what they want, they’ll leave.

You’ll feel used and hurt by this person who pretended to love you.

Money problems are a leading cause of divorce — and research shows that financial stress can even lead to health problems.

Even if you’re not married, it’s still important to know how to manage your relationship with money.

If you think a man is using you for money, these signs may help you figure out whether or not he’s sincere about his feelings for you. 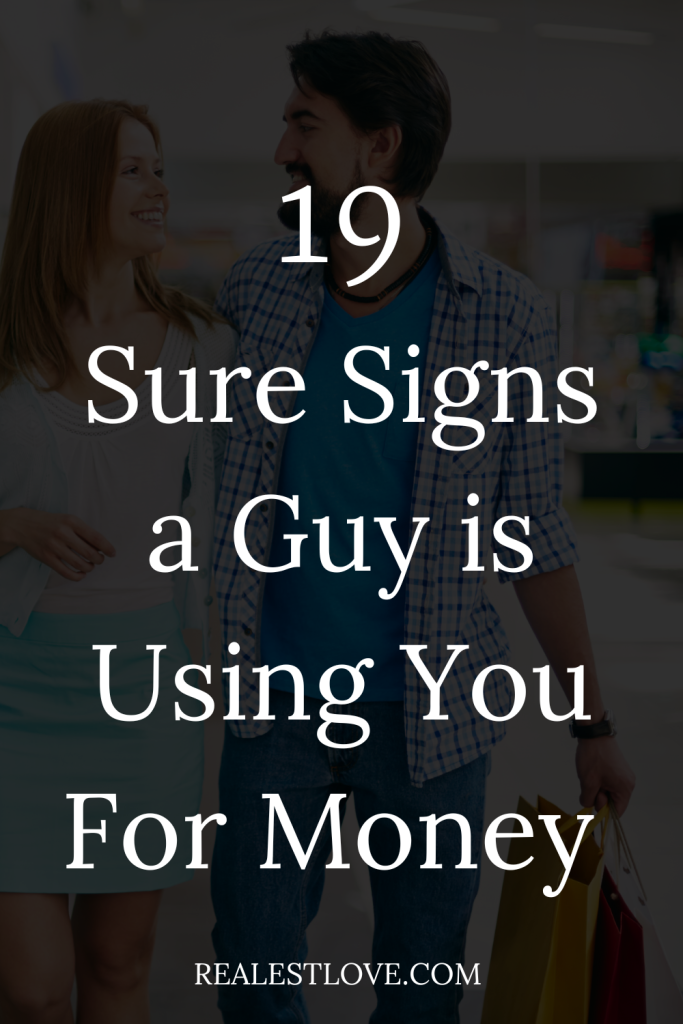