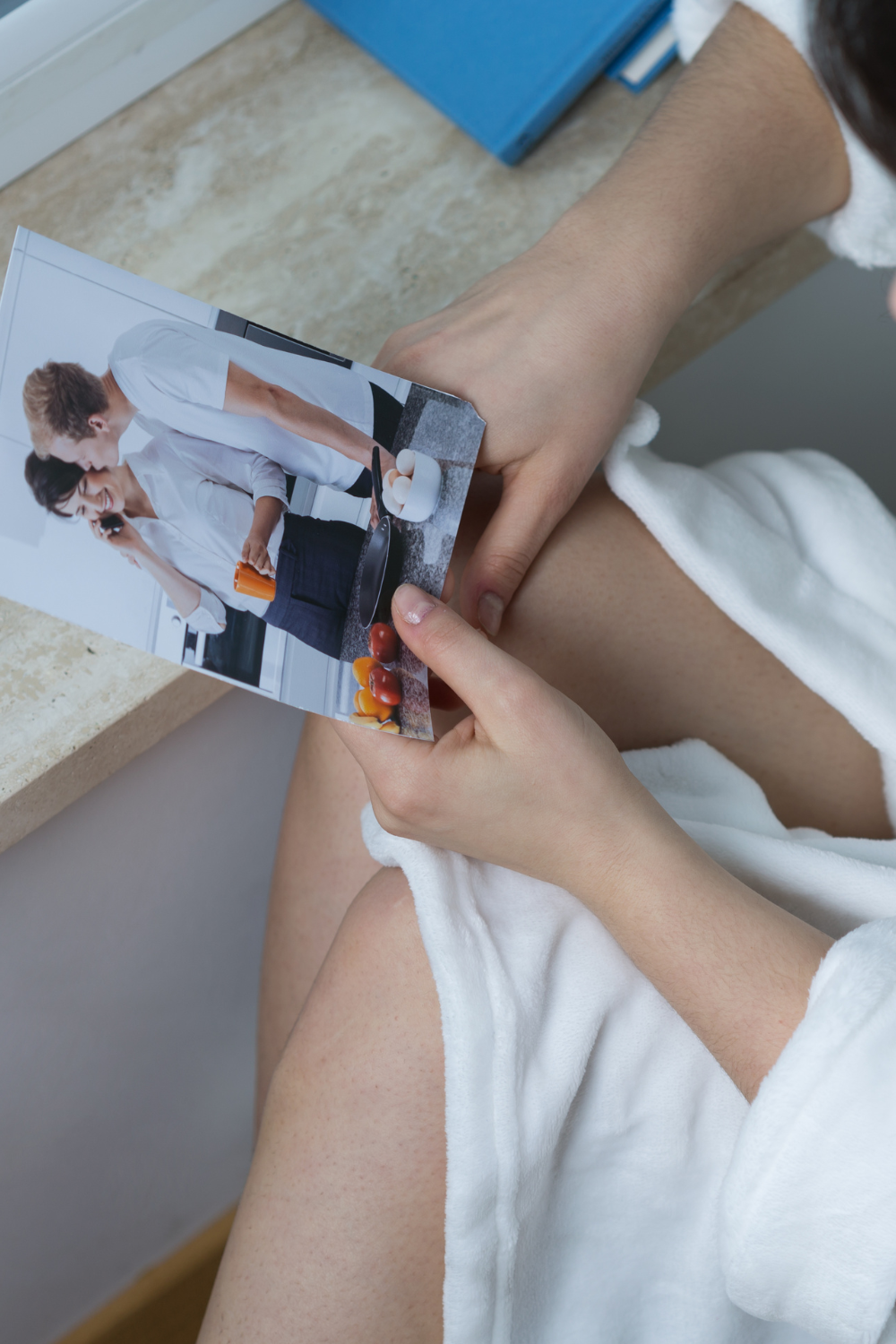 1. ‘Relationship’ in this article refers to people who are dating, not married people.

2. By God, I refer to the Christian God, so I support my points with the Bible.

Are you struggling with whether or not you should break up with someone?

It’s an extremely difficult decision to make, but sometimes God gives us signs that we need to let go of someone.

Here are signs God wants you to leave a relationship:

12 Signs God Wants You To Leave a Relationship

1. They have a serious character flaw that makes it impossible for them to grow spiritually

If you’re dating someone and they just can’t seem to change, they may be stuck in the same patterns over and over again, e.g., lying without remorse, being selfish, laziness, cheating, etc.

If they’re not willing to change their behavior, then there’s no point in trying to change yourself or the relationship.

A person who is unwilling to grow spiritually is probably not going to change with time.

They have no desire to be better or different than they are, and this means that you cannot grow together with them.

If your partner is unwilling to work on their character flaws and make changes in their life, then it’s time to step away from the relationship so that you can focus on healing yourself and growing spiritually.

God will not want you to be with someone who brings you down spiritually.

Don’t even try to say you can change them.

No one can change anyone.

And God Himself can’t help someone who isn’t ready to accept His help.

So, this is beyond you.

Another reason God would want you to be away from this person is that they might influence you, and you’ll learn their ways.

“Do not be deceived: “Evil company corrupts good habits.”
I Corinthians 15:33 NKJV

” Make no friendship with an angry man, And with a furious man do not go, Lest you learn his ways And set a snare for your soul.”

2. They have an addiction problem 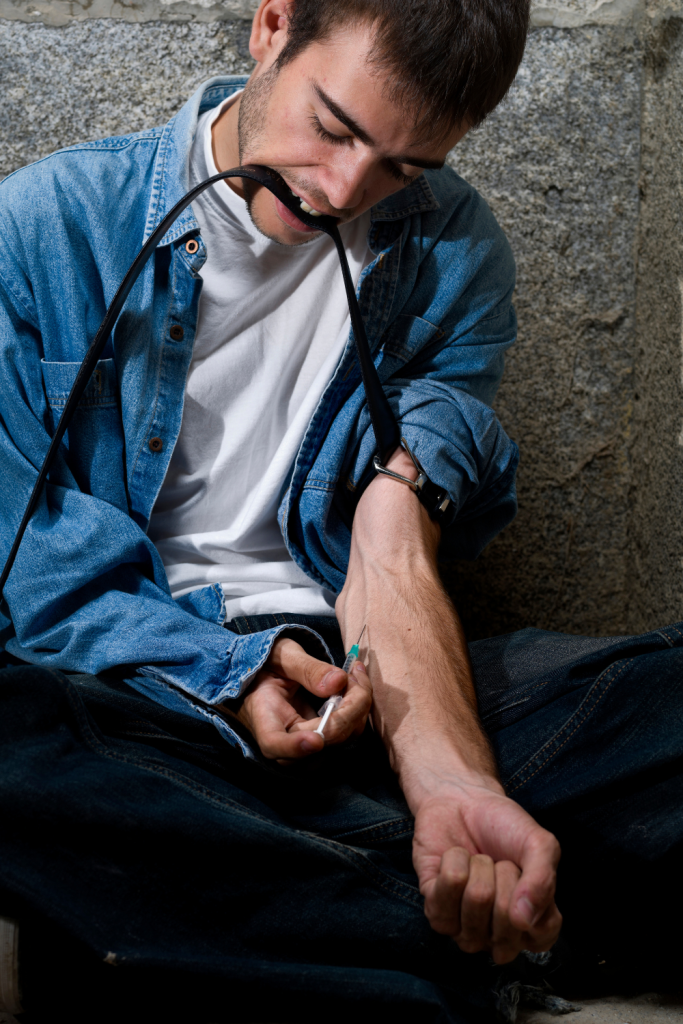 They have an addiction that hurts them and/or the people around them, and they don’t want anything to do with change or accountability.

If they can’t stop drinking or smoking marijuana or doing drugs, then they probably never will — which means their addiction will worsen over time instead of improving.

This also includes being addicted to pornography or gambling.

You will end up being miserable with someone who doesn’t want to get help to overcome their addiction, and God doesn’t want you to be miserable.

The Bible talks a lot about self-control.

This is just one of the many verses that encourages us to let nothing control us.

3. They are emotionally manipulative and abusive (This includes verbal abuse) 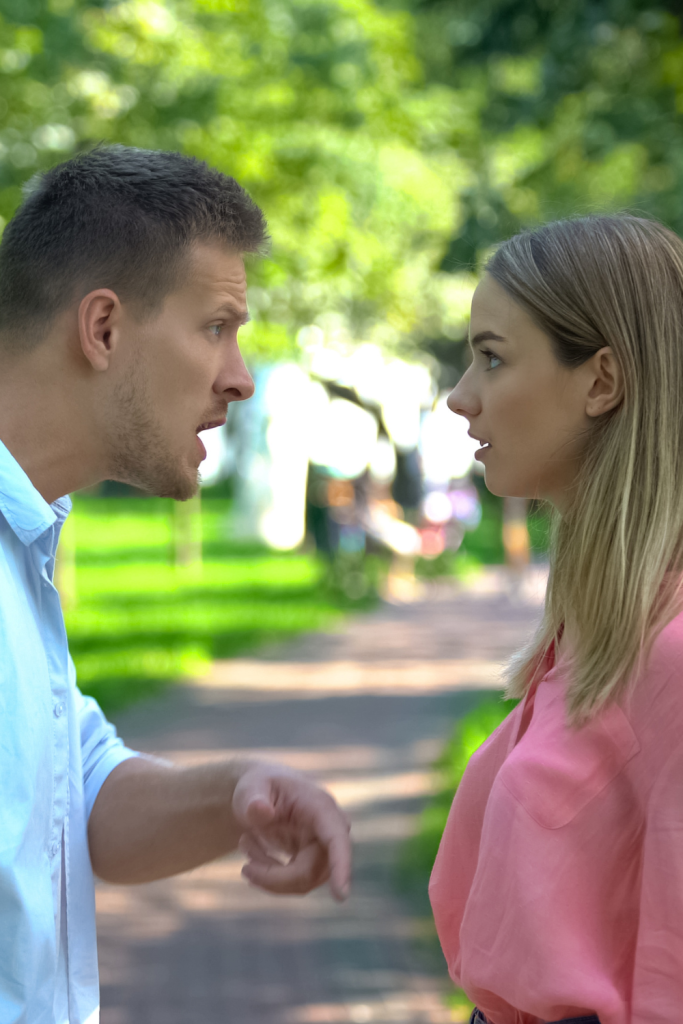 Emotional manipulation is one of the worst things in a relationship.

Emotional abusers are often charming and charismatic at first, but as soon as they have you hooked, they start controlling you with fear, guilt, and shame.

If someone has manipulated you or made you feel guilty or ashamed during your relationship so far — whether by yelling at you or using subtle emotional tactics — then this person has already shown you what they are capable of doing once they get married to you.

God loves you and doesn’t want you to be in this kind of bondage. 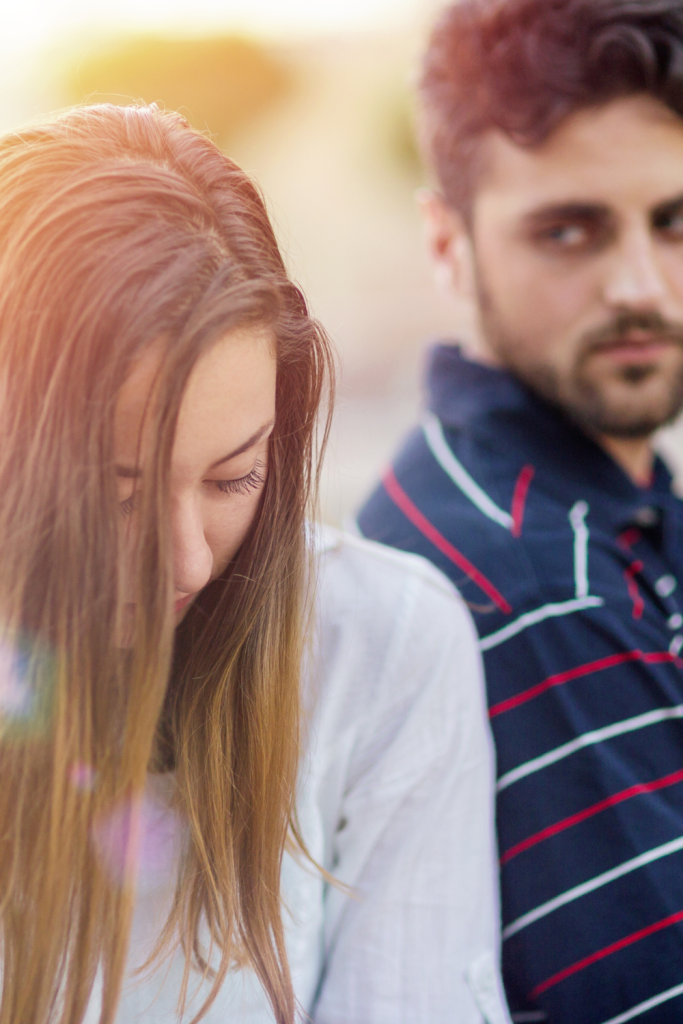 You’ve tried everything possible, but nothing works, and your relationship won’t improve no matter what you do (not even counseling).

Maybe there’s a fundamental incompatibility between the two of you that can never be fixed by counseling or getting to know each other better.

For example, you have different values and want different things in life.

Maybe they don’t believe in God or marriage and having kids, and you want those.

5. You don’t love each other anymore

If you’re staying together for any reason other than love, it’s time to let go.

You can still care about someone without being in love or having romantic feelings toward them.

You can still care about their well-being and want them to be happy in their life even if they aren’t a part of yours anymore.

God does not want you to be in a loveless relationship or marriage.

6. You fight more than you agree 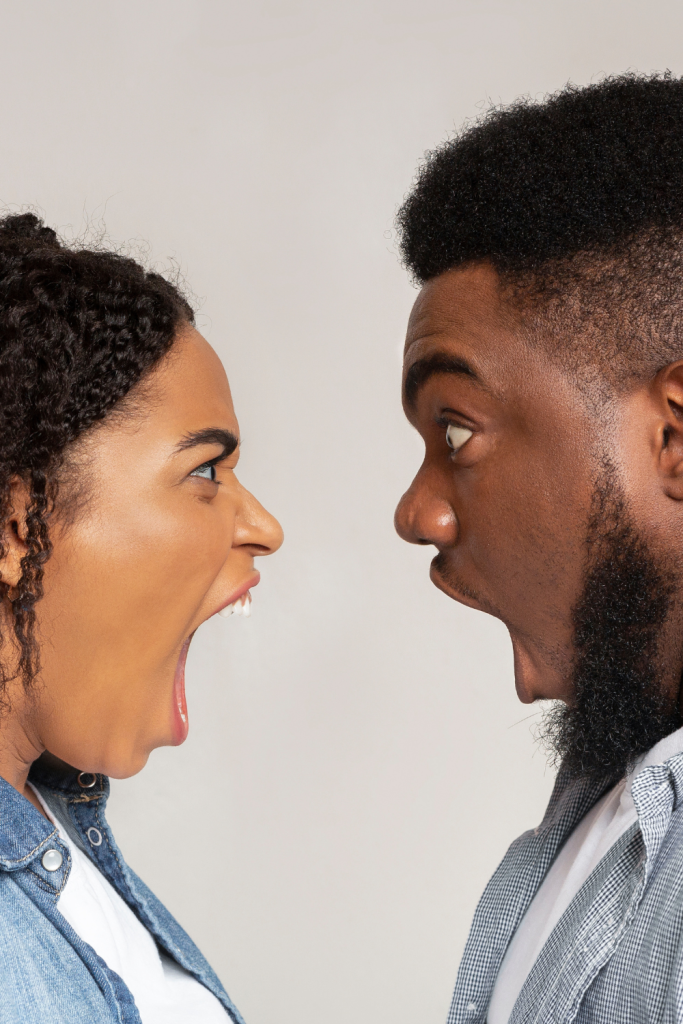 You constantly fight or argue with each other over small things instead of working through them together as a team.

Arguing and fighting over petty issues is never healthy.

When conflict arises between two people who love each other deeply, they should be able to resolve it without having to resort to arguing constantly or being rude towards one another.

If this isn’t your case, God might be telling you that you and your partner aren’t on the same page.

And how can you work and walk together if you don’t agree?

“Can two walk together, unless they are agreed?”

Many people have a hard time being themselves when they are in a relationship.

They change their behavior and alter their interests and even their physical appearance to please their partner.

When you don’t feel like yourself, it’s a sign that you’re giving up some part of who you are to be with someone who doesn’t appreciate or encourage your best self.

So if you have to pretend to be someone else with the person you’re dating, it’s a sign the person isn’t the one from God for you.

8. They take advantage of your kindness

If they constantly ask for money or favors from you but never return them, they take advantage of your kindness and use you for money.

This is a sign that your relationship is one-sided and you’re just being used.

God will never want you to be in a relationship with someone who is just using you for money or your body.

9. They have no desire for spiritual growth

If your partner is not growing in their faith or showing an interest in doing so, this is a huge red flag.

When it comes to relationships, there has to be some level of spiritual compatibility.

If they aren’t interested in walking with God, and you are, you’ll be unequally yoked.

“Do not be unequally yoked together with unbelievers. For what fellowship has righteousness with lawlessness? And what communion has light with darkness? And what accord has Christ with Belial? Or what part has a believer with an unbeliever?

10. They bring you down spiritually

If you’re dating someone pulling you down spiritually — because they are a “bad influence” on you, they’re a bad match.

So if your boyfriend or girlfriend always talks about how much they hate church and pressure you to do things against your beliefs, values, and morals, God doesn’t want you to be with them.

A relationship where you have to compromise your values isn’t a God-ordained one.

Deep down, you know they aren’t the one for you, but you can’t bring yourself to leave them because you don’t want to hurt them or lose their friendship.

You might be afraid to end things because of how much time has passed or how long they’ve been in your life.

And while those are valid concerns, they don’t outweigh the fact that this relationship isn’t working for either of you.

12. Your family, friends, and spiritual leaders warn you

Your family, friends, and spiritual leaders are all resources that God uses to help us make the right decisions in our lives.

When they warn you about your relationship, they care about you and want what’s best for you.

Sometimes God may want us to break up with someone, but not because we don’t love them anymore.

If you have done everything possible to make the relationship work, and if you’ve prayed about it and asked for guidance from the Lord, then you should not feel guilty about ending the relationship if that is what God is leading you to do. 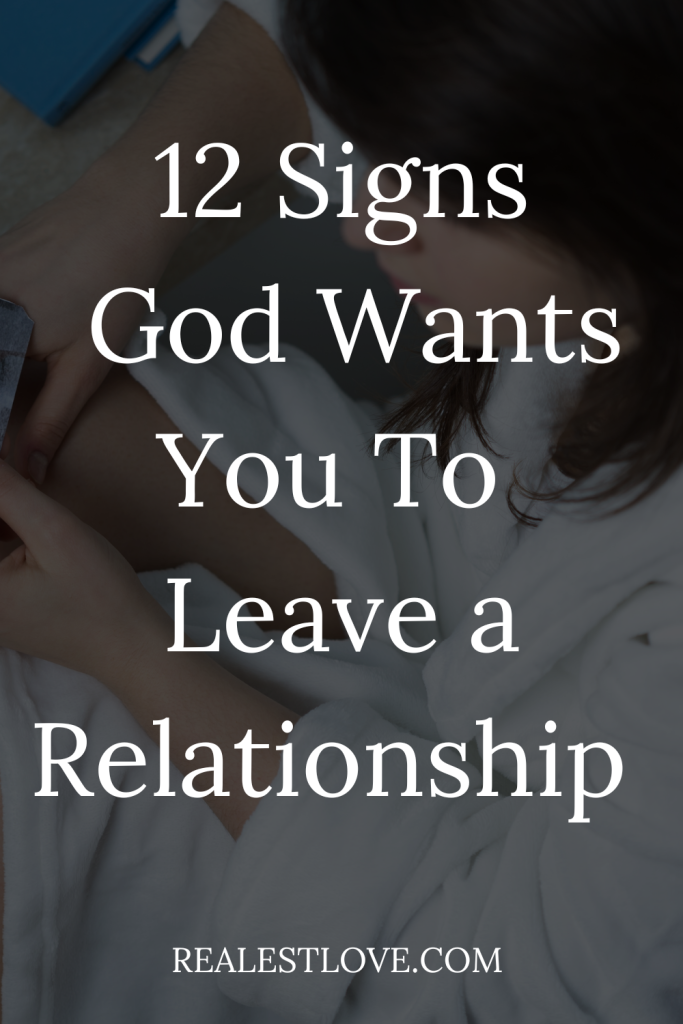