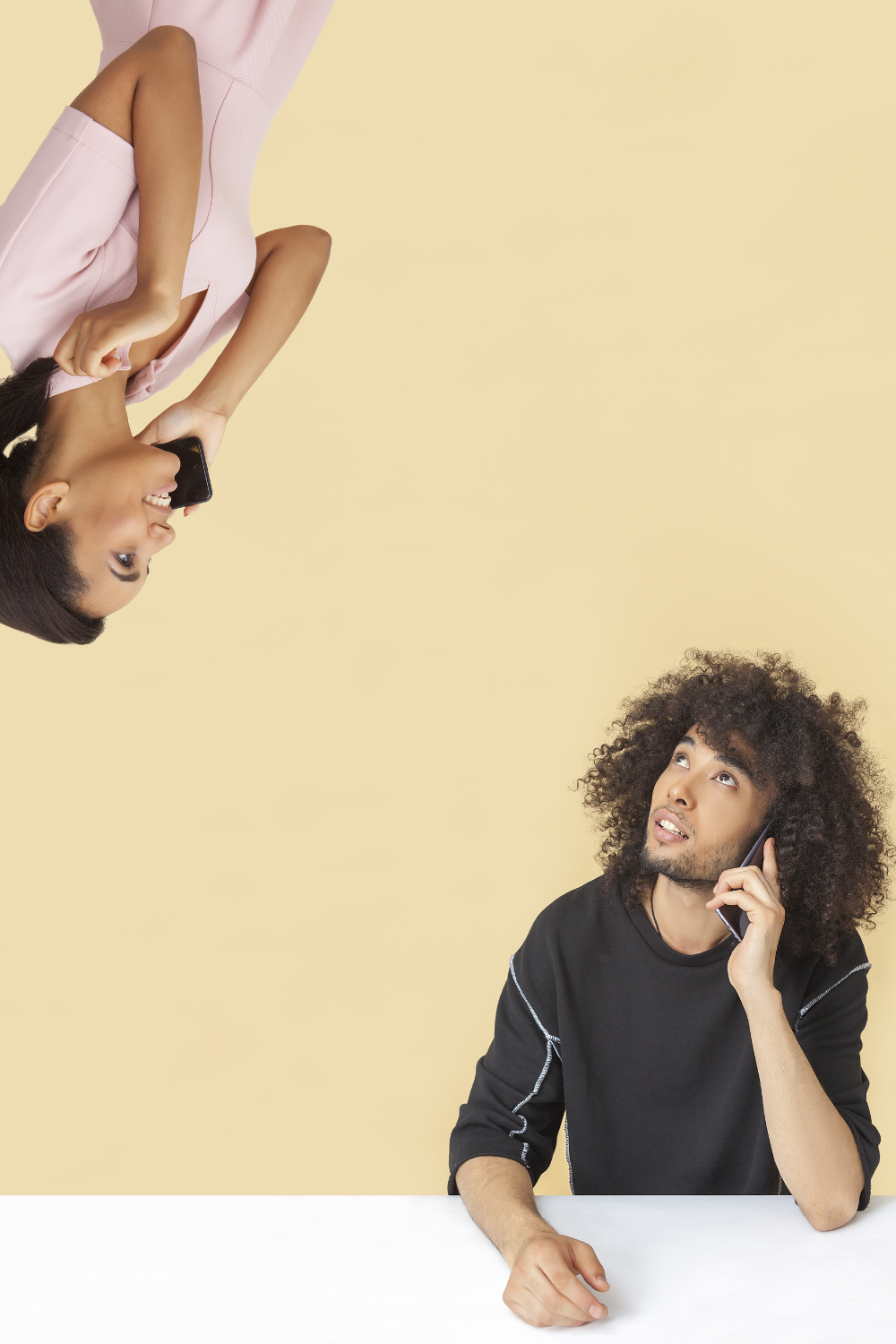 But if you’re in one and suspect it’s doomed to fail, you’re probably right.

Here are ten red flags of a long-distance relationship you shouldn’t miss:

Consistency is key in any relationship, and it’s no different for long-distance ones.

You might think that being thousands of miles apart makes it easier to get away with being inconsistent, but it doesn’t—in fact, it can be even harder to keep up with each other when you’re not together.

If your partner is always on and off with communication (or if you are), this may be a sign that either of you doesn’t take the relationship seriously enough.

Consistent communication is the key to a successful long-distance relationship.

If you’re always on and off, it will be a disaster.

2. You’ve got a bad feeling about them 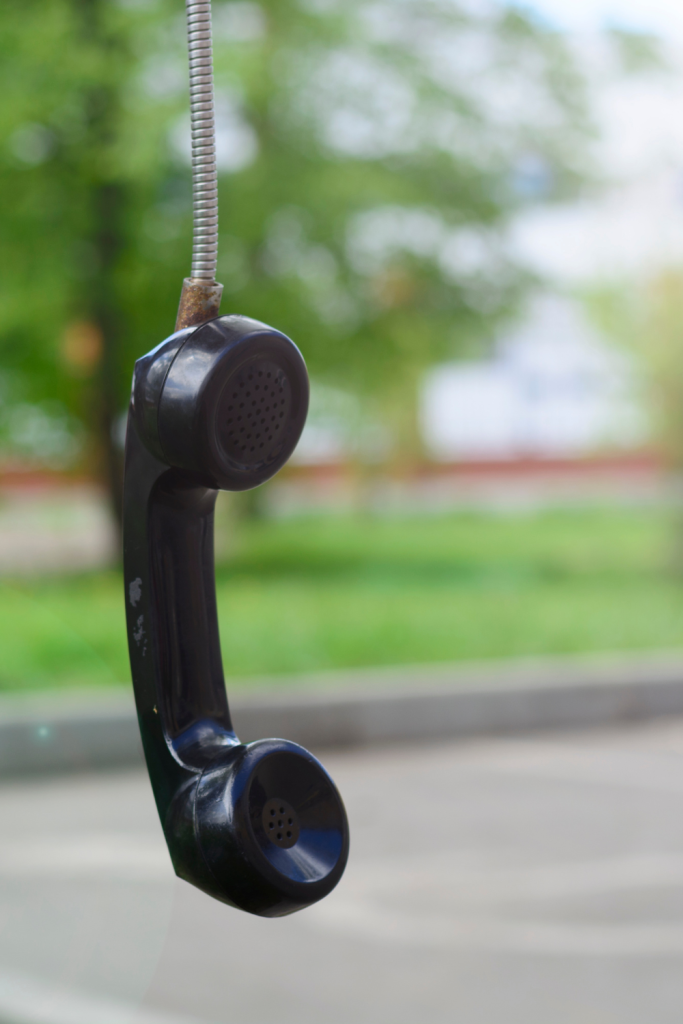 There’s no denying that intuition plays a huge role in relationships.

Our brains always process information and make decisions, even when we don’t realize it.

If something about the person or relationship seems off or makes you uncomfortable, pay attention to those feelings; they’re usually correct.

If something doesn’t feel right, it probably isn’t.

If something feels off, trust your gut.

3. They never want to do video call 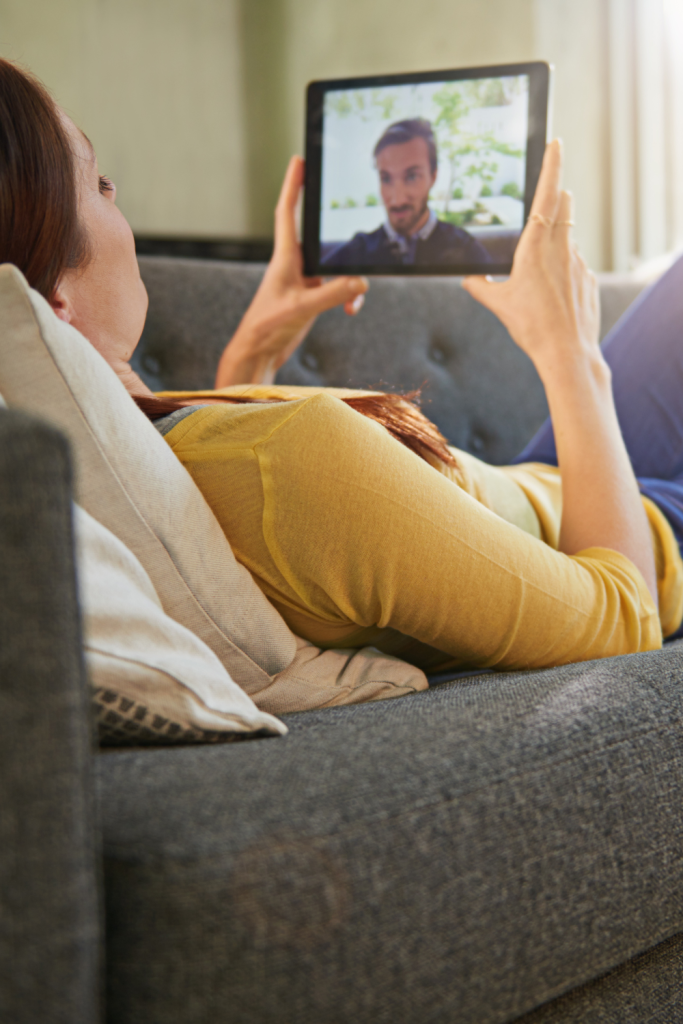 You may have heard the saying, “A picture is worth a thousand words.”

This is especially true for long-distance relationships.

If your partner doesn’t want to video chat or Facetime you, it’s a red flag.

It means that they are not interested in seeing your face on the screen—or specifically if they can see you, but you can’t see them, that’s a really serious red flag you shouldn’t miss.

Because something is surely fishy.

It’s very likely they’ve been lying to you and are not who they claim to be.

Trust is the foundation of any relationship, and it can be violated by actions or words.

Lack of trust is a big issue in long-distance relationships.

It’s hard to trust someone you can’t see, and it’s tough to trust that your partner isn’t going to get distracted by someone else who’s around more often than you.

If your partner doesn’t trust you or is constantly questioning where you are and who you’re with, or you’re the one who doesn’t trust them, there’ll be trouble.

A lack of trust is one of those things that can be hard to deal with in any relationship.

But once it starts getting into serious territory—like accusing you of cheating on them regularly or being jealous of other friends—it can be hard to recover from.

And while many couples do overcome this kind of thing through counseling and therapy, others end up breaking up because they realize they simply cannot trust each other anymore.

5. They evade discussion on the future of your relationship 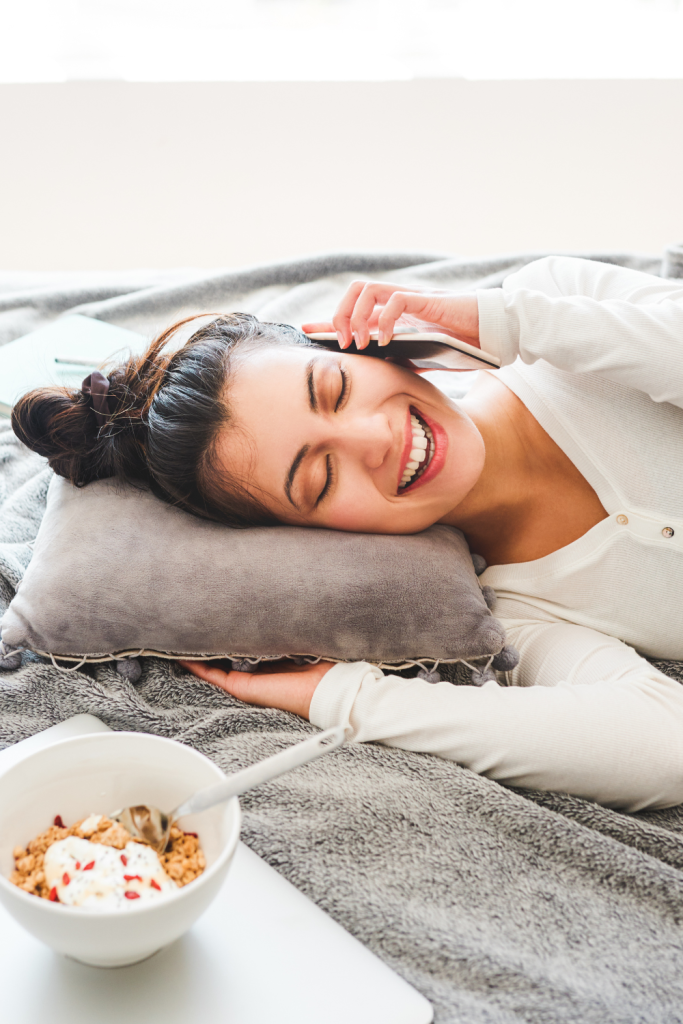 If your partner is avoiding the topic of the future, that’s a sign of trouble.

If they’re not willing to engage in an open dialogue about what you mean to each other and where your relationship is going, it’s time to ask yourself if this person wants to be with you.

Even if they say they do, their actions speak louder than words—and avoiding deeper conversations means they’re not ready for what comes next.

Maybe they’re not prepared to commit, don’t see their future with you as one worth planning out or talking about, or they have another relationship/family.

6. They constantly ask you for money or other favors

This is one of the biggest long distance relationship red flags you shouldn’t miss!

They ask you for money to sort out an emergency.

They always ask you to loan them money but never offer to pay it back.

They’ll even go so far as to ask for money when they know you just got paid.

Many people think long-distance relationships are the perfect opportunity to get all kinds of favors from the other person.

That’s not what a relationship is about, though.

It’s about being there for each other, not taking advantage of each other’s absence.

So if your long-distance partner constantly asks you for money or favors when they’re away, be careful.

7. You don’t know any members of their family or friends

If you can’t name a single friend, family member, or acquaintance of your partner’s, that’s a red flag in a long-distance relationship.

If you cannot meet or talk to the people closest to them, how do you know they’re telling the truth about who they are and their intentions of being with you?

8. They’re not on social media, or there’s little information about them there

You can learn a lot about someone by looking at their social media accounts.

If they’re not online in any way, shape, or form, it’s possible that they don’t exist—or at least not under their current name and photo.

Maybe their face is even a stock image from the internet, and their name is fake.

You should ask yourself what they might be hiding.

I mean, who is not on social media these days?

I don’t mean your partner should be active on social media, but there should be some sort of activity or information about them there.

9. They avoid meeting in person 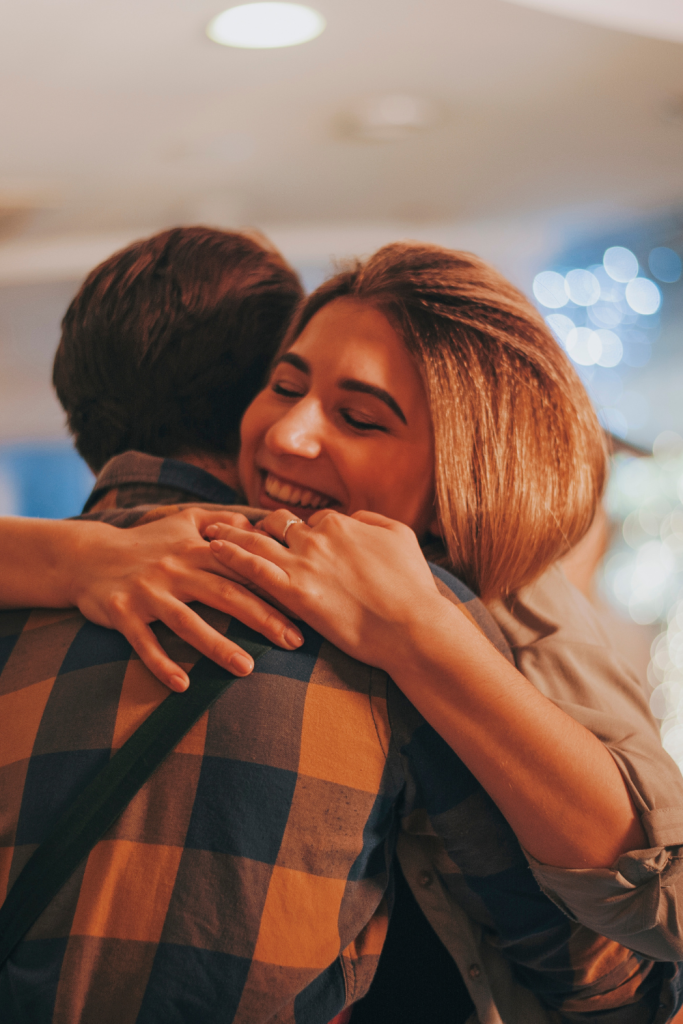 This is a big one —and not just because it’s hard to know what kind of person someone is when they only communicate with you via text messages or social media.

It’s also because it can affect your connection with them on another level.

If your partner doesn’t want to see you and is showing signs that they don’t intend to do so anytime soon, that should raise an alarm.

It’s fine if they don’t want to make the trip right away —but after months or years of courting online, they should be eager to meet up at least once before making any commitments.

If they’re not interested in you seeing each other face-to-face, something isn’t right.

10. You can’t agree on anything 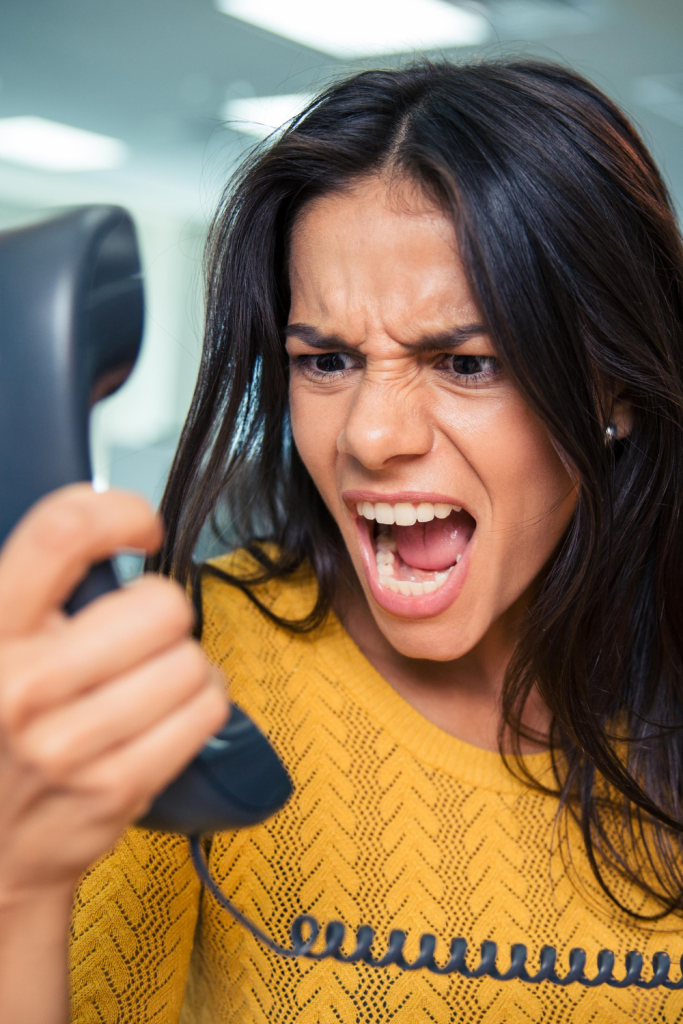 It’s always “my way or the highway” with you two.

You’re both stubborn, and neither of you is willing to compromise.

You may be able to make it work if you can find a middle ground, but if you can’t, it won’t last.

Long-distance relationships can be extremely rewarding if both partners are committed and willing to work at them.

But if you’re considering making the leap into one, there are some red flags you should watch out for before making the commitment. 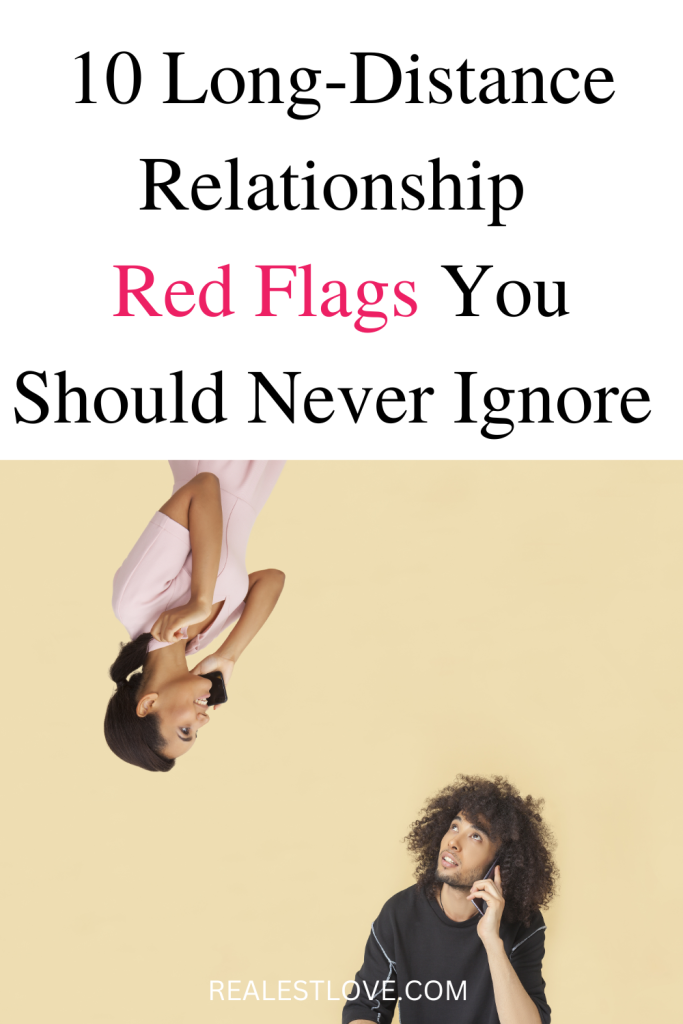