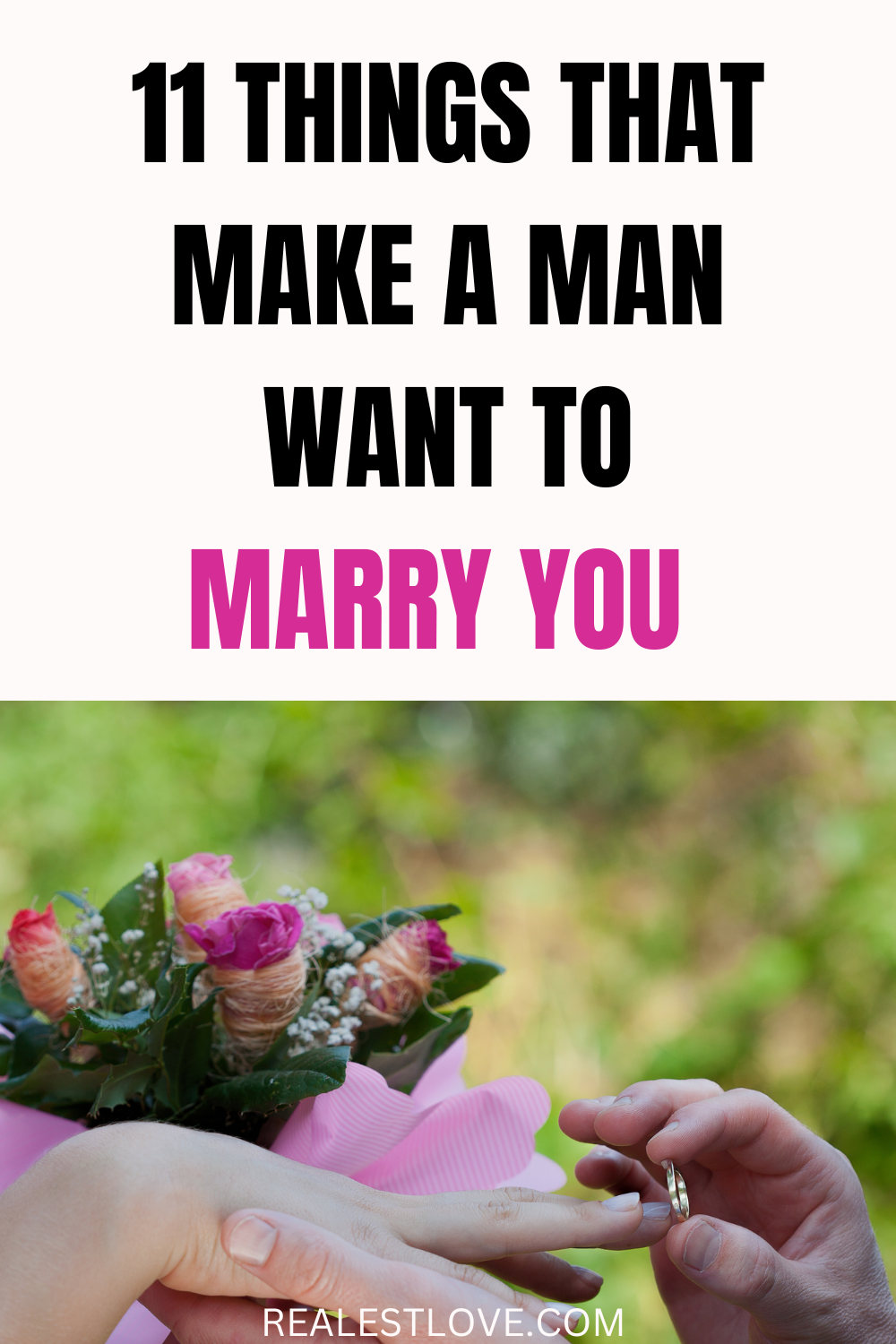 What makes a man want to marry a woman?

It’s a question women have been asking themselves for centuries, and the answer changes over time.

But before we get started, let me clarify this: This isn’t about how to get a man to propose.

This is about what makes a man want to marry you.

Because when it comes down to it, the only person who can make a decision like this is the one who has to live with that decision for the rest of his life — him.

And even if you do everything right (and believe me, there are plenty of things that women do wrong), he might still decide not to marry you.

So you might be a beautiful woman, but if you aren’t the type of person he wants to spend his life with, it will not work.

This is not to say that looks don’t matter.

But when it comes to love and marriage, a man will look past your looks if he has a deeper connection with you emotionally.

So what makes a man want to marry you?

What Makes a Man Want To Marry You?

1. You are his best friend 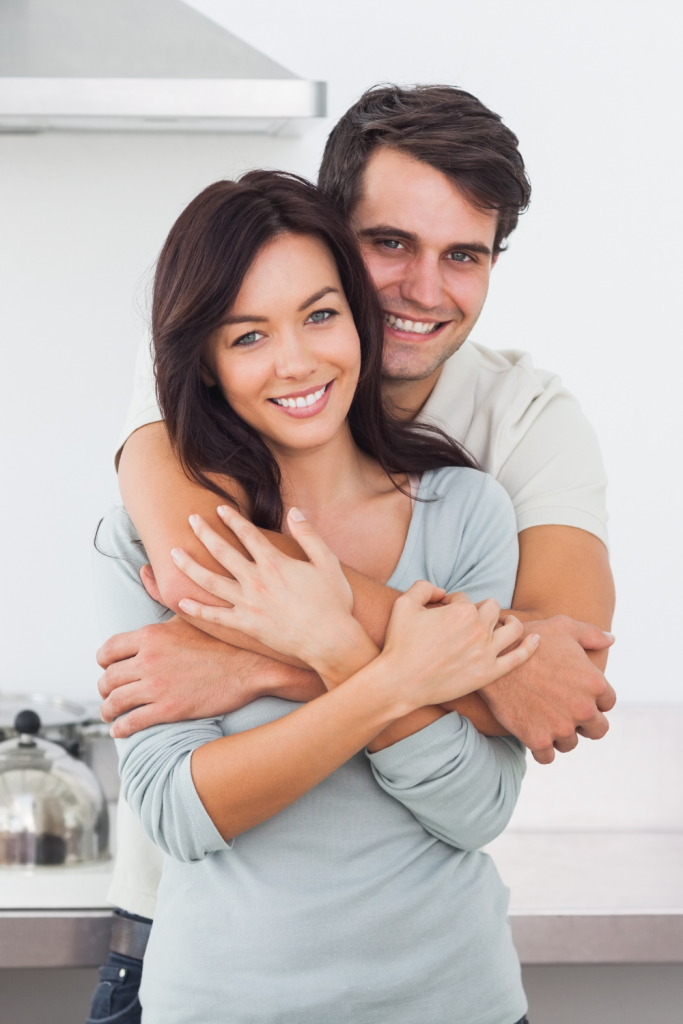 I’m not sure why, but men seem to like women who are their best friends.

I think it might have something to do with the fact that when you’re married to someone, you can’t just be friends anymore—you just become two people who live together and do things like take out the trash and pay bills.

So if you can make him feel like he’s got a best friend in you, he’ll want to marry you so that he never has to lose that feeling.

Most women don’t realize how important it is for a man to feel he can talk about anything with you and that you won’t judge him for it.

You might think that all men want is sex, but this isn’t true.

Sure, they love sex (and so do we), but a man also wants to be able to tell you about his day, ask for your advice, and laugh at every dumb thing you say.

He wants to have adventures, share secrets, and do everything with you.

He wants to make you laugh so hard that your stomach hurts—not just because he’s funny (although he might be), but because he’s so comfortable with himself being with you.

2. He’s physically attracted to you because you are his definition of beautiful 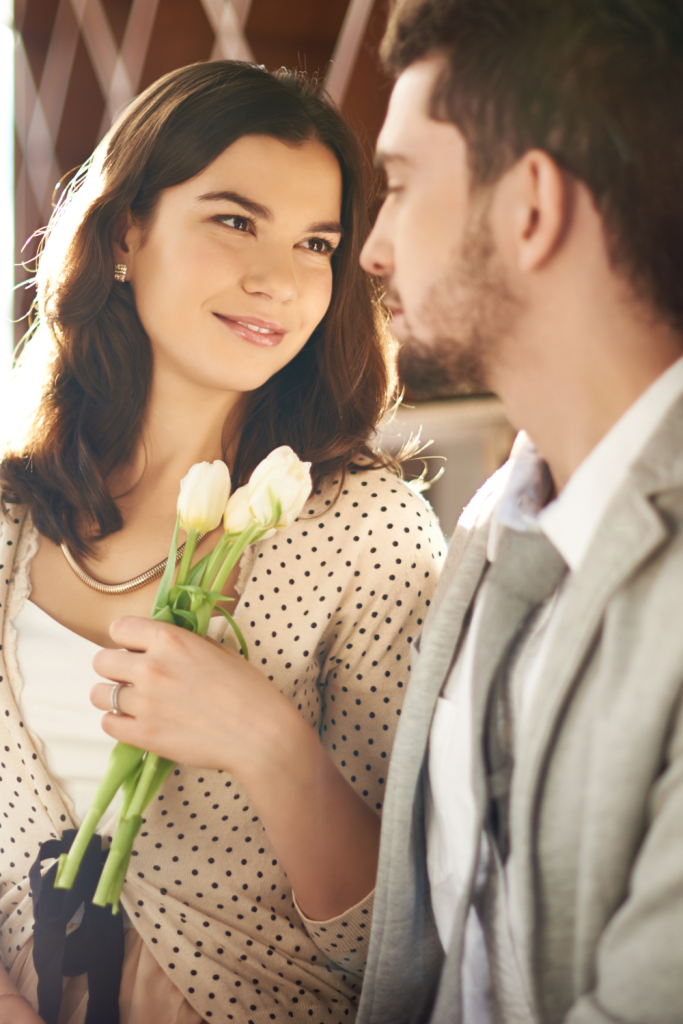 You know that guy who just won’t commit to you?

It might be because he’s not physically attracted to you.

For a man, being attracted to someone is his definition of beautiful.

He will never marry you if he doesn’t think you’re beautiful.

He can’t help it; it’s just how men are wired.

You might be thinking, “but I’m a good person,” or “I make him laugh” or “we have great conversations.”

And those things are true and important.

But the fact is: when it comes down to it, if a man doesn’t find you physically attractive, he will never marry you.

And this isn’t about looks.

It has nothing to do with weight, height, or body type—it’s just about whether or not he finds you beautiful based on his definition of beauty.

So a guy is likely to marry you if you are his definition of beautiful. 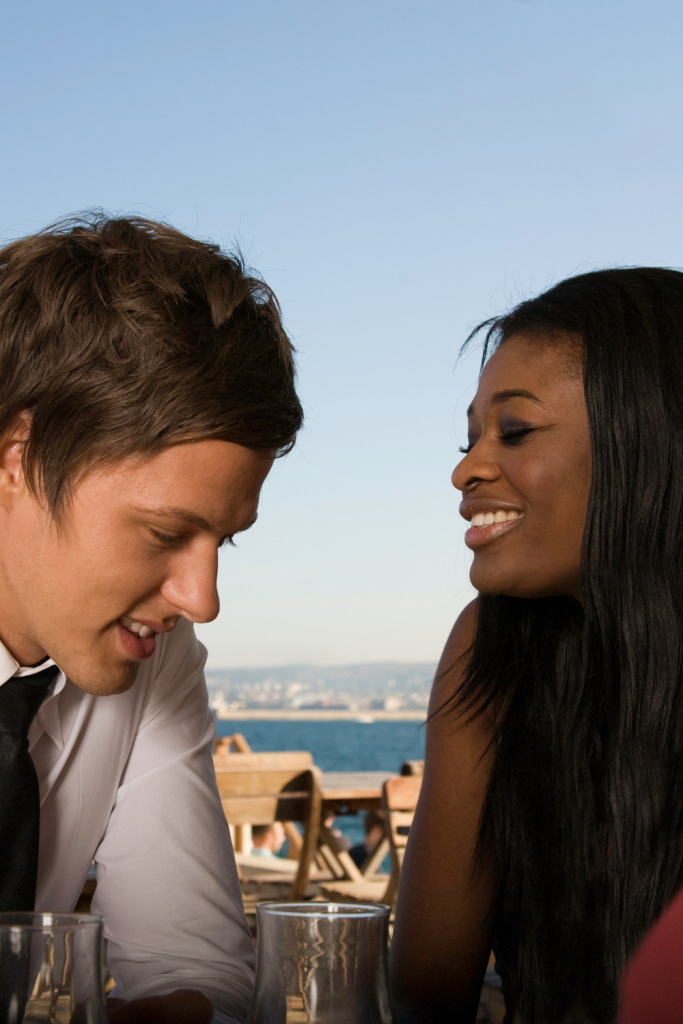 Intelligence is a huge turn-on for most men.

In fact, if you’re smart, a guy might be so fascinated by your intellect that he might not care what you look like, especially if he’s sapiosexual.

You have the ability to think before you speak, which is rare in the modern world.

You have an opinion on everything, but you don’t share it unless you feel it’s relevant to the conversation.

You can simultaneously hold two opposing ideas in your head and still come out looking like a champion.

You’re never afraid to ask questions, and when someone asks you a question, you always answer with more than they were expecting.

Your brain is constantly working, even when it seems like it isn’t.

A guy will marry you because of this because you challenge him.

4. He feels at peace with you

At the end of the day, men want peace of mind.

A man is likely to marry you if he feels at ease around you because you give him peace of mind.

He won’t feel the need to impress you or be on his best behavior because he knows he can relax and be himself around you.

And when he feels this way, he’ll want to spend more time with you — which could mean forever.

Even if you’re good-looking, but a man thinks you’re too dramatic and troublesome, he might dump you for a woman who isn’t as half as beautiful as you and gives him his much-needed peace of mind.

5. You are confident and secure with who you are as a woman

Men love women who know what they want and go for it.

When it comes time for him to choose between two women, one who is confident and one who is insecure, he will always choose the confident one because he knows she has more self-esteem than the insecure one.

He knows she won’t allow him to walk all over her or treat her poorly when they get married.

And he also knows that he won’t have to validate her or reassure her of his love constantly.

6. He thinks you’ll be a good mother to his children 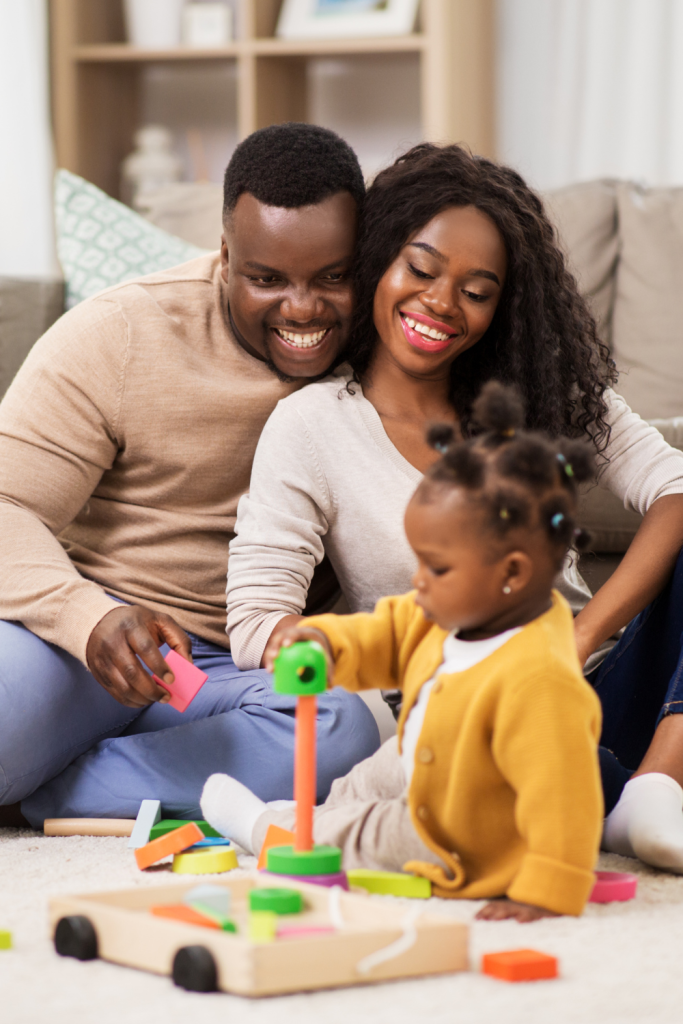 For men who want children, the most important thing for most men is having a family.

So they want someone who will be a loving mother and wife and raise their children with good values and morals.

If he doesn’t think you’ll be a good mother to his kids, why would he want to spend the rest of his life with you?

This doesn’t mean that all men want wives who stay home and raise kids while they go off to work every day.

Some men are happy with an equal partnership where both partners contribute equally at home and work.

But even those men want someone willing to devote time and energy to caring for their children, especially when they’re little.

If you both don’t want children, then this isn’t necessarily a deal breaker for him

7. He truly loves you 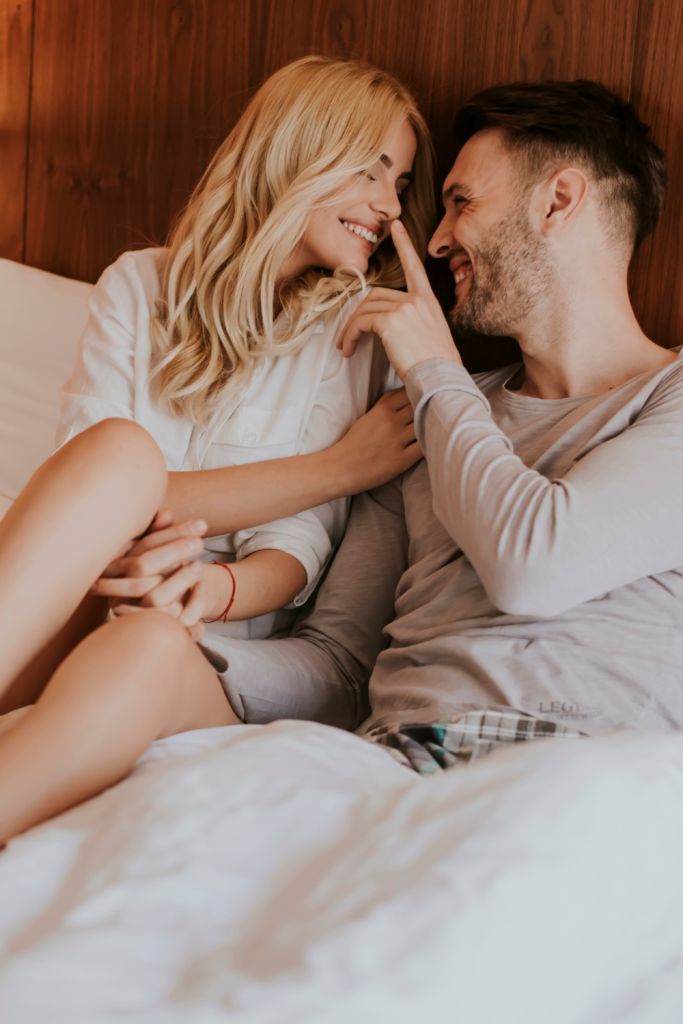 A man will marry you if he loves you and can’t imagine his life without you.

This is why you have to understand the difference between love and lust.

Love is an emotion that can be felt in many different ways.

It’s not just a feeling of attraction or affection; it’s also the desire to care for someone else, even at your own expense.

Love can make you feel happy, sad, and excited all at once.

Lust is a physical attraction that can be felt towards another person but doesn’t necessarily lead to feelings of affection or attachment.

Lust usually comes from the interaction between two people with strong sexual desires for each other.

When a man falls in love with a woman, he wants her not just as a lover but as his wife.

The difference between lust and love is that lust is based on physical attraction, while love often develops over time into something more lasting, like friendship or companionship.

8. You are passionate about something in particular

A man wants to marry a woman passionate about something in particular (or many things).

It could be cooking, painting, teaching kids, living healthy, photography, or even running marathons.

9. You make him happy 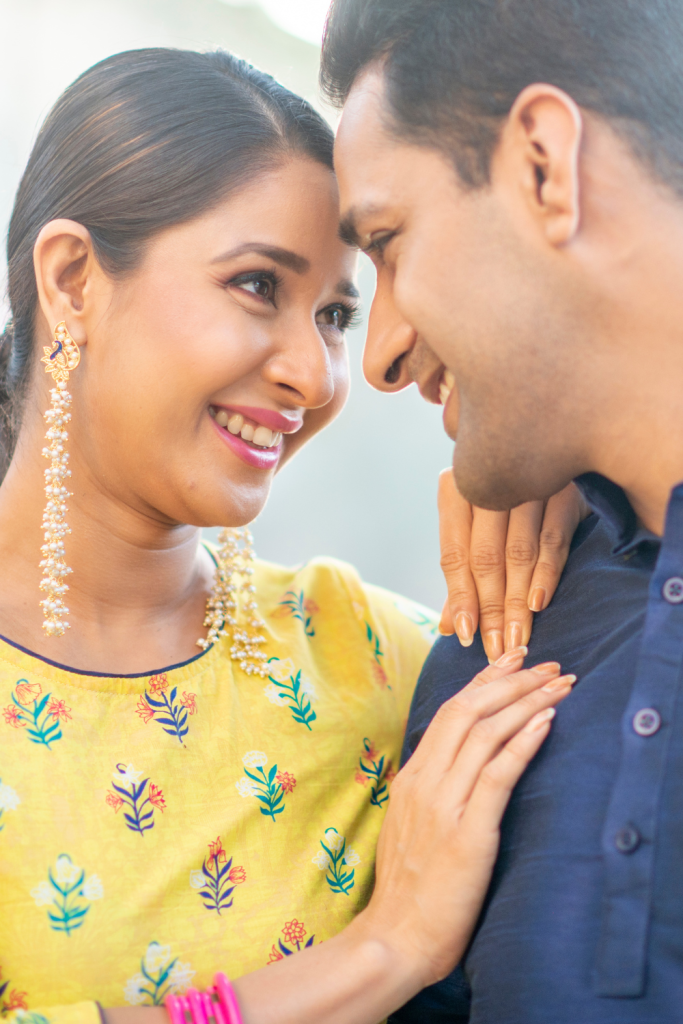 If your guy is always smiling around you, laughing at your jokes, and having a good time with you, it’s no surprise that he’d want to marry you.

10. You make him feel needed

Men want to feel like they are the king of their castle, and a woman who respects their role as the head of the household is a dream come true for them.

Men love to be needed by someone, especially if that person is a woman they love.

If you make him feel like he can’t do anything right, he’ll feel inadequate and worthless.

11. You respect him as an equal partner in life

This doesn’t mean letting him walk all over you or giving up your dreams and goals to fit into his plans for the future.

It means being open-minded enough to consider each other’s ideas and opinions without judgment, being willing to compromise when necessary, and knowing when it’s okay to disagree with each other about certain things without taking it personally or getting defensive.

There are a million reasons why a man might want to marry a woman, but at the end of the day, it all boils down to one thing: he wants to be with you. 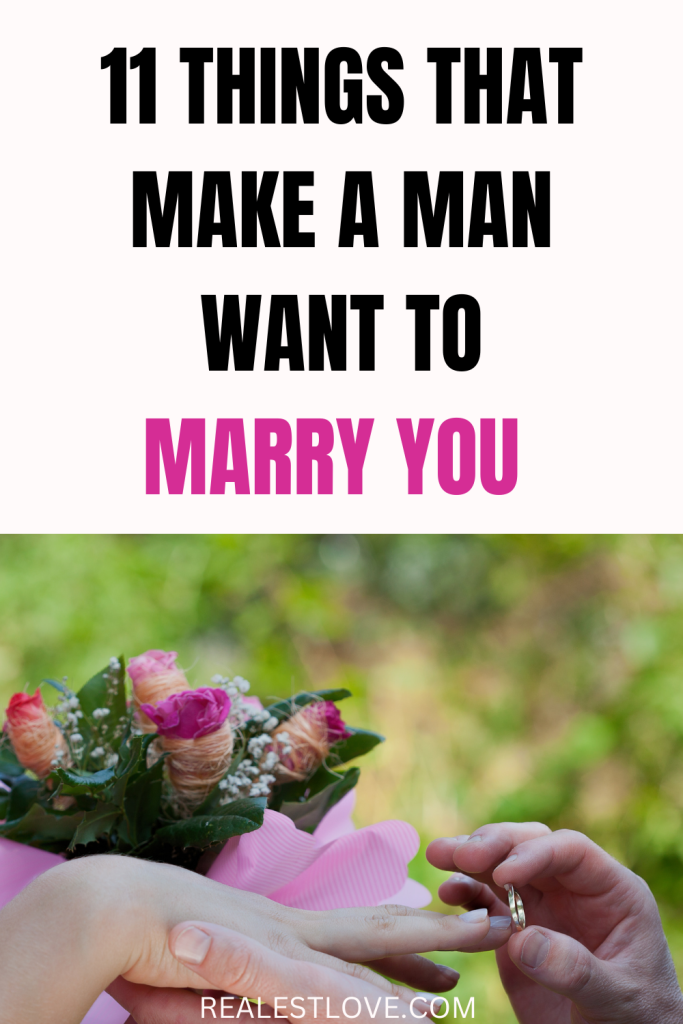