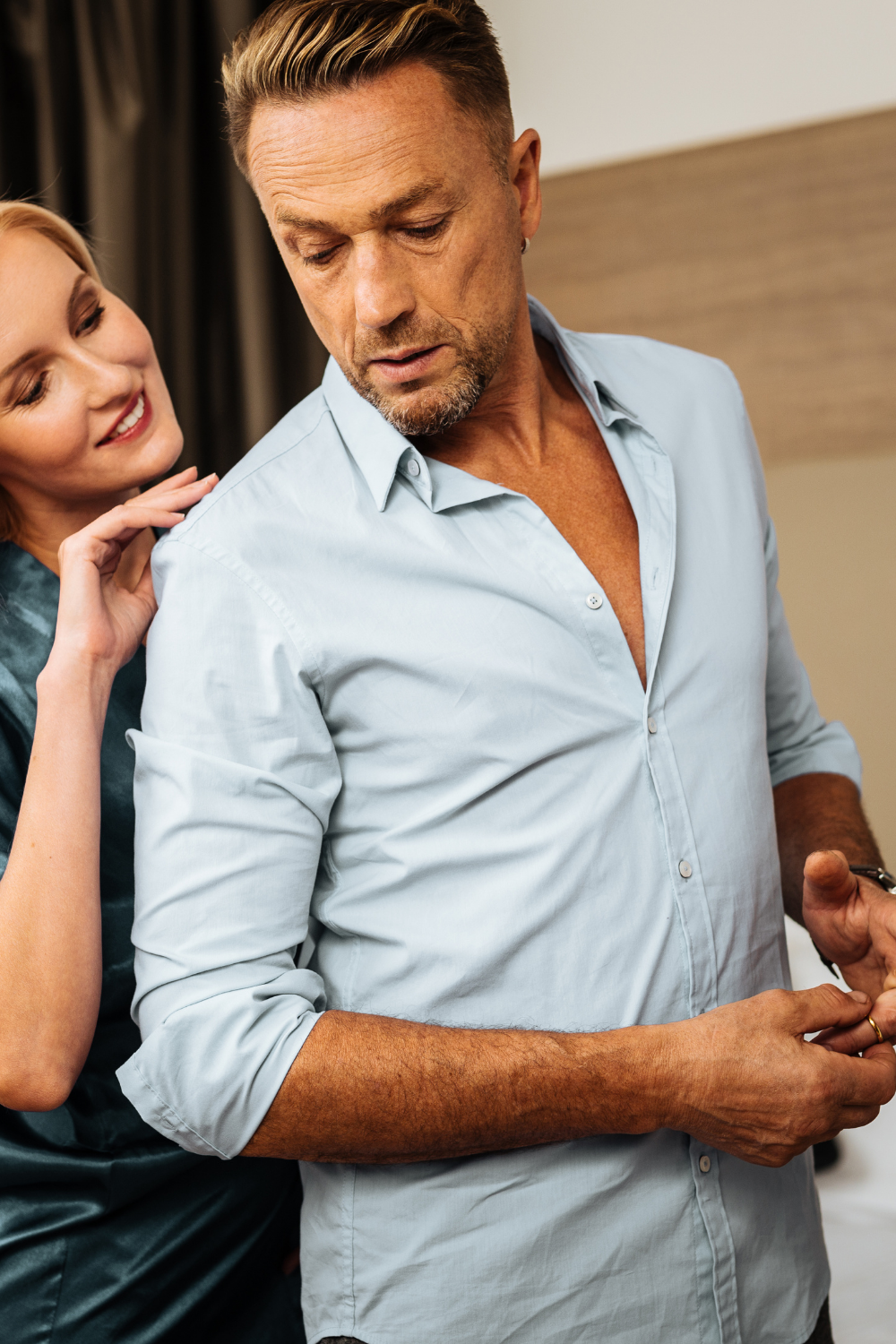 If you are in a relationship with a married man, you could be the one who suffers the most from his infidelity.

First of all, getting involved with a married man is questionable.

It is all shades of wrong.

But if you are already entangled with one, and you worry that he might just be using you to pass time, these are some signs to look out for:

10 SIGNS A MARRIED MAN IS USING YOU

1. He kept his marriage a secret 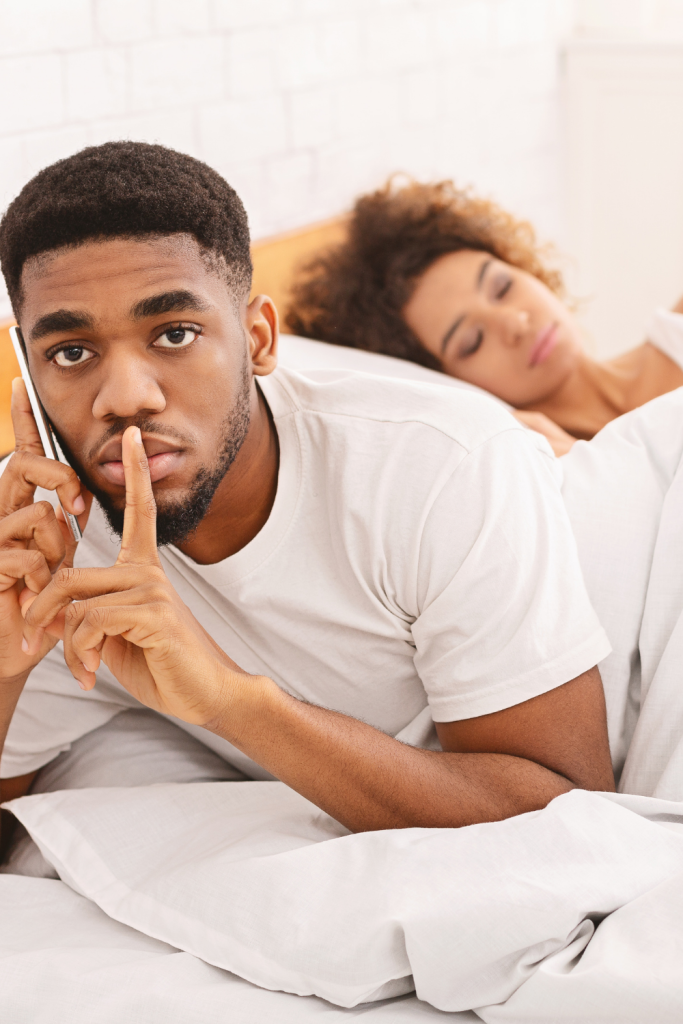 You didn’t find out about his marriage until after you started seeing each other.

You were unaware from the start.

The reason he didn’t tell you about his marital status is because he knew that if he did, you might not have agreed to go out with him.

The fact that he lied makes it clear that he is using you.

And as long as he stays married, it’s unlikely that he’ll ever be ready for a commitment.

He’s just searching for extra attention from someone new.

2. He only meets up when it’s convenient for him

A man who is married is not going to be available for you 24/7.

He has family, friends, and personal obligations that take precedence over any romantic relationship he has with you.

Are you constantly arranging your schedule around him?

Has he no respect for your time by showing up whenever he wants?

Is he always too busy for you?

Since seriousness is not his intention, he will never make plans for couple activities.

If you do make plans to spend ample time with him, he makes excuses to get out of them.

All these signs suggest that he’s just using you as a placeholder on the side.

3. He doesn’t answer questions about his marriage 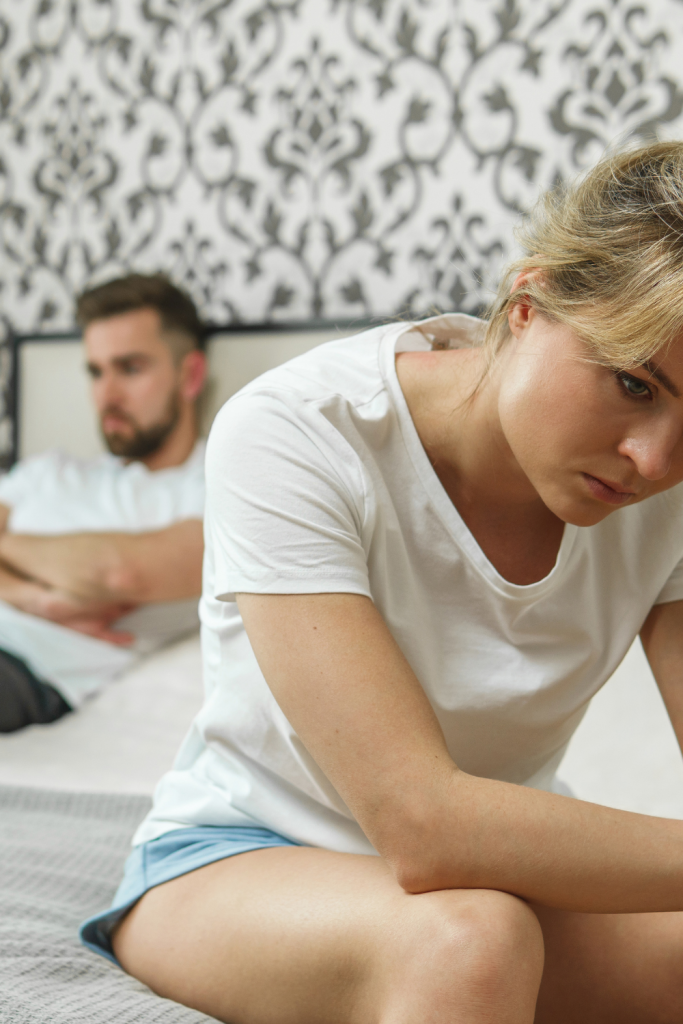 If he avoids answering questions about his marriage or responds with vague answers, the truth is probably too much for him to explain without getting caught in a lie or two or more.

This suggests that there are likely no major issues in his marriage and he’s just stepping out to please himself.

That should be enough reason to walk away from him before it gets too deep.

If he has nothing to hide, he should be able to answer your questions without hesitation.

But people who have things to hide will evade questions or give vague responses to questions.

4. He does not respect your feelings and opinions

He does not listen to your concerns.

If he disagrees with something that you have said or done, he will try to put down your opinion without explanation.

He does not take your feelings into consideration.

If he really cared for you and had serious long-term plans for you, he would not disrespect you and your feelings.

5. He isn’t willing to make sacrifices for your relationship

If there’s no sacrifice involved when it comes to being with him, then there won’t be any commitment either.

He may tell you that he loves you and wants the best for both of you, but if he’s unwilling to give up anything for the relationship, then it’s not going anywhere.

What sacrifices do you expect from a married man anyway?

6. He keeps you out of the loop on major life events

Not his feelings for you because they are probably nonexistent.

Or any other aspect of his life, because he knows it will make him vulnerable.

All of his discussions are impersonal.

He doesn’t want you to know who he really is or what he’s really feeling.

He keeps his distance emotionally, so there’s no intimacy or connection between the two of you.

His lack of emotional intimacy means that he’s not present in your life.

He’s constantly distracted by other things or whatever else is going on in his life.

If he isn’t engaging with you emotionally or physically beyond what’s necessary for him to get what he wants from you, he’s just using you for your time, affection, and attention.

7. You have no place in his future plans

Being used is bad enough, but being used by someone who has no plans for the future that includes you can make it an even more painful experience.

A man who’s using you will only ever have time for the things that he needs from you.

If he constantly avoids talking about the future, he might be using you as a distraction from his problems at home.

8. You never get to go out in public together

If he’s stepping out on his wife, he wouldn’t want to be found out as a cheater, so he avoids going out to public places with you.

If you’ve gone on more than one date with him, they are probably at odd hours.

You can’t be seen with him in any social setting.

A man who has long-term plans in mind would want to be seen with you.

You should be able to go out on dates and spend time together without worrying about being recognized by friends or family members.

If he won’t even introduce you to anyone as his girlfriend, then he’s probably not serious about the relationship and just wants to keep things casual.

He’s just using you for his needs without commitment.

9. He’s always treating you to dates, gifts, and trips

There’s nothing wrong with a man treating you well.

In fact, it’s often a sign that he cares about you.

However, if he’s showering you with gifts every time he feels like it or trying to take you out on dates multiple times per week, then this may be an indication that he is using your feelings for him to get his way with you.

He could be trying to buy your affection.

This can lead to emotional manipulation which isn’t healthy for anyone involved.

The signs might not be easy to spot at first, but if you’re dating a married man and he starts to show one or more of these signs frequently, it’s likely that he’s using you for his own selfish needs. 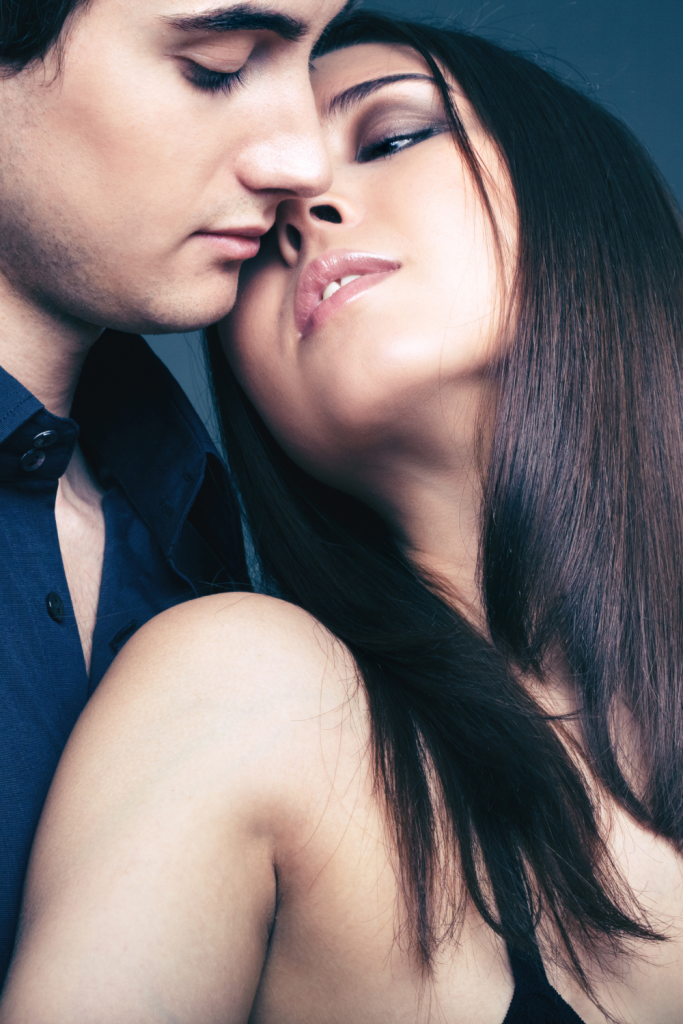 This is one of the major reasons married men cheat on their wives—sex.

If you feel all you ever do is roll in the hay, he might just be using you for sex, and nothing more. 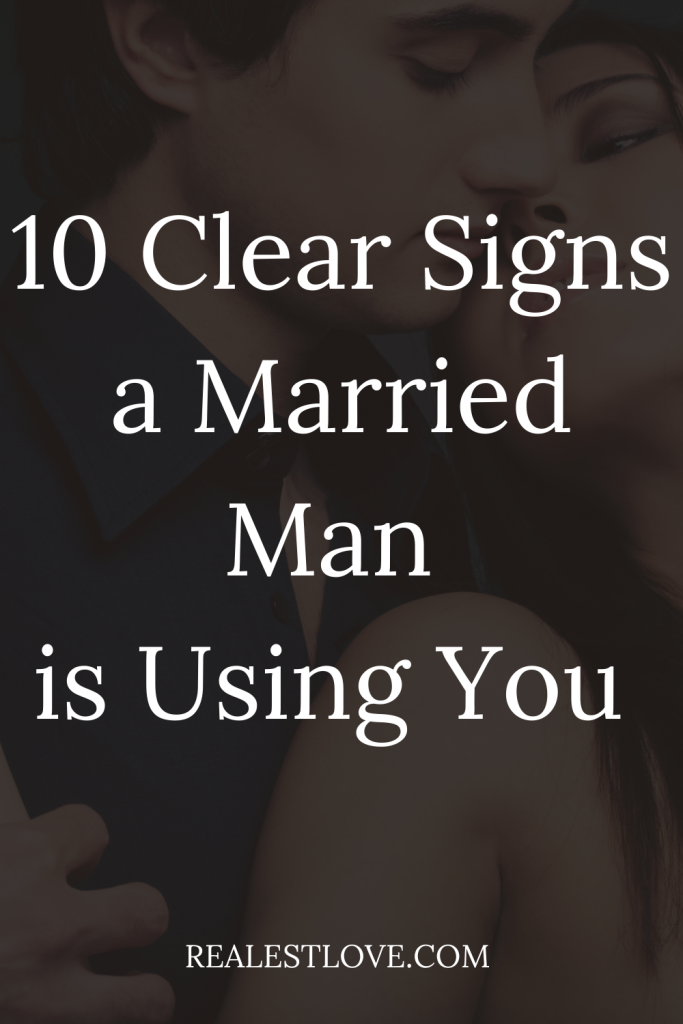