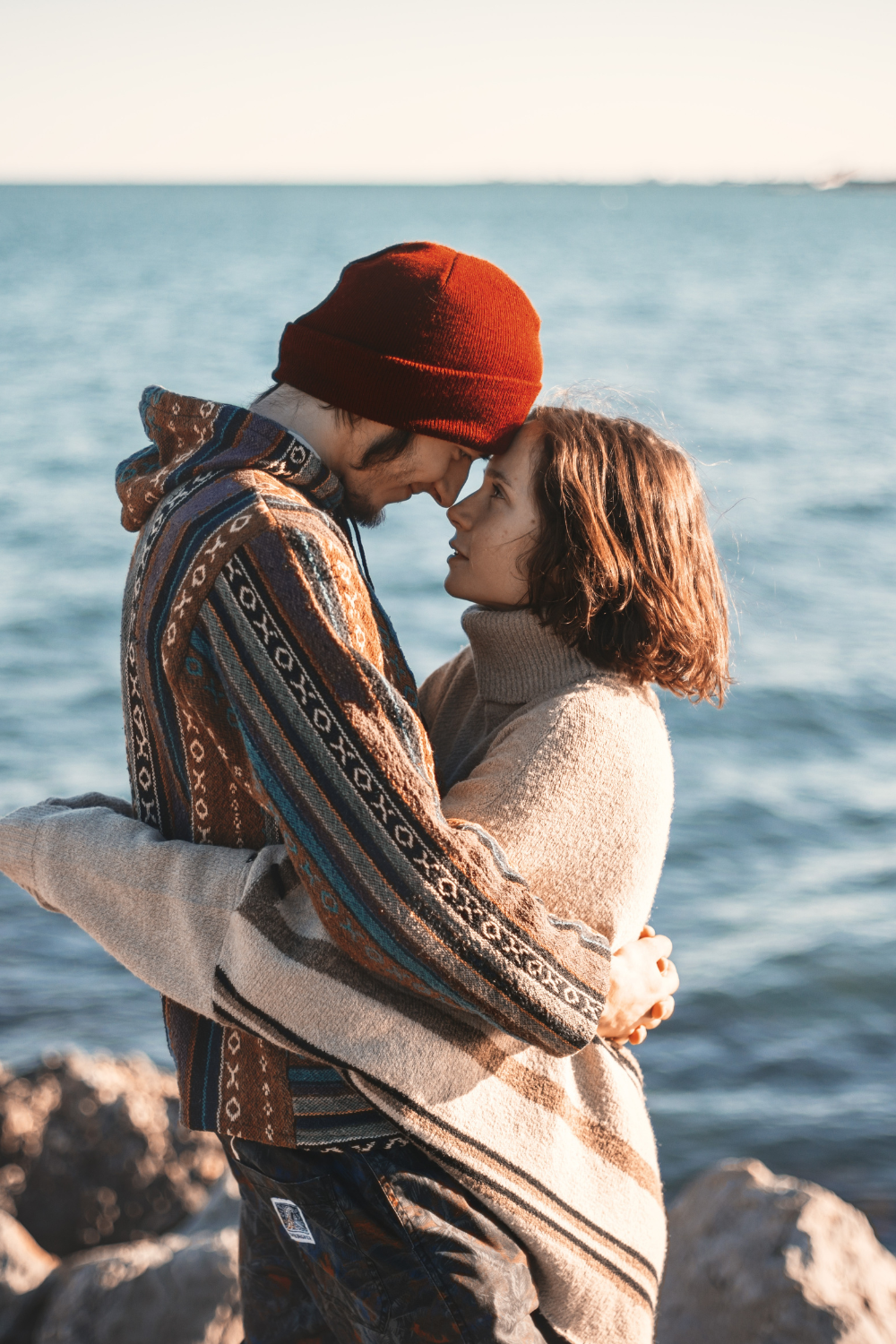 You might think that, nowadays, men are now jerks, but that is not the case.

When it comes to relationships, some people think that being ‘old fashioned’ is not cool anymore.

Times have changed, and this has caused many men to lose their way in the dating game.

However, if you are looking for a man who knows how to treat his woman right, then look no further than the mature man.

If you want to know if your man is a mature one, look for some of these signs in him:

8 Signs of a Mature Man in a Relationship

1. He proves to you that a man can still be a gentleman in today’s modern world 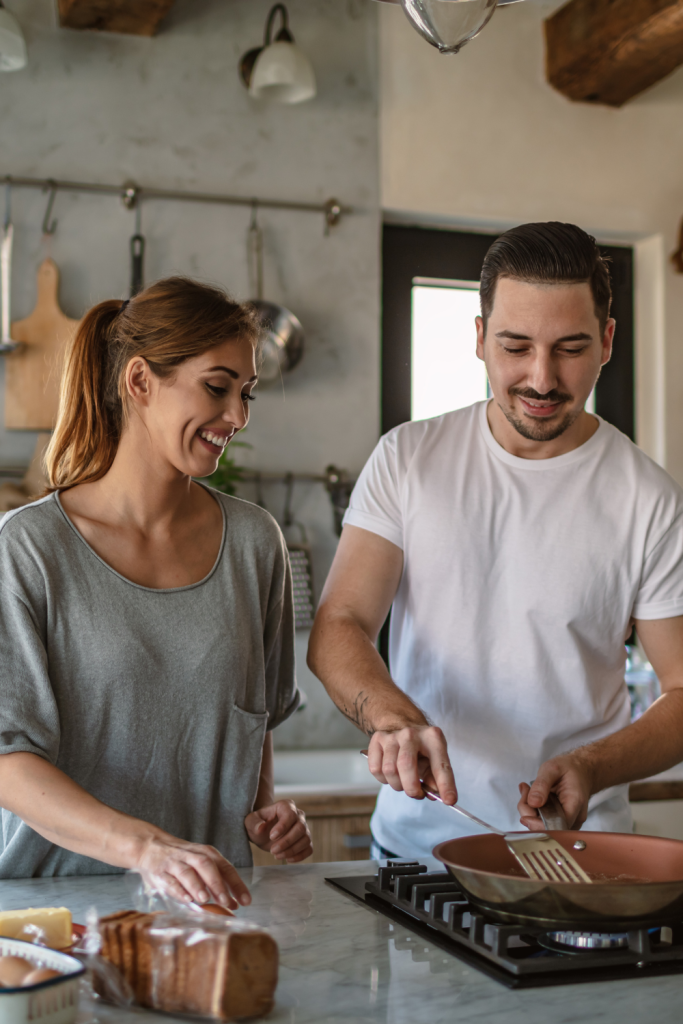 A mature man knows how to treat a woman in public and in private.

He opens doors for you.

Pays for dinner, and lets you pay sometimes if you insist.

Pulls out your chair for you.

He’s respectful of your boundaries.

Shows up on time for dates and makes sure he makes good eye contact when talking with you.

Holds your hand in public, and he’s not afraid to show affection in front of other people.

Does not expect you to pick up after him and knows that chivalry isn’t dead.

He knows how important it is for him to treat a woman with respect and dignity.

Through his actions and not just by words alone, he shows you that he truly cares about your well-being and happiness by treating you right.

A mature man is committed to himself, his life and his relationships.

He has a life.

He has his own interests and hobbies.

He has a job, career, or business.

He doesn’t need to be filthy rich, but he has his own place and a regular and solid source of income.

He doesn’t use you or women for money.

He’s committed to his health by eating right and exercising regularly, but he doesn’t obsess over it either, just enough to maintain his health and well-being.

An immature man will need to be forced to make choices for his own well-being.

A mature man does not play games while dating.

He knows what he wants and isn’t afraid to stick to his choice.

If you’re in a one-sided relationship where you do all the work, you are definitely not dating a mature guy.

With a mature guy, you never have to worry about whether or not he’s cheating on you.

He knows that cheating is wrong and would never stoop that low.

You won’t have to worry about where you stand with him because he will constantly communicate his feelings for you through loving actions that he’s committed to you and your relationship.

3. He behaves maturely around other people, even those he doesn’t like very much 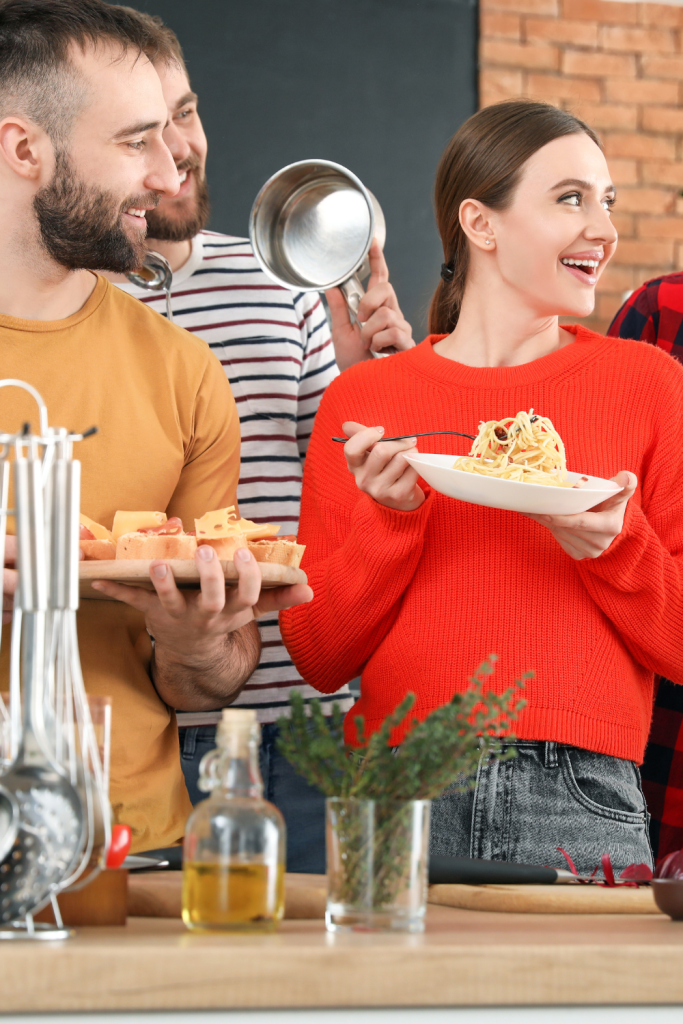 A mature man is not only mature when it comes to you and your relationship, but also in his dealings with others.

If you want to know the true nature of a man, look at how he treats others.

If he’s treating you right and not extending the same gesture to others, he’s just a pretender.

It’s just a matter of time, he’ll treat you just like he treats others.

Hence, a mature guy respects himself as much as he respects others.

He shows everyone around him kindness and consideration and doesn’t try to belittle others or make them feel bad about themselves.

If you spend time with his friends, you will notice that they have a lot of respect for him, even if they sometimes don’t agree with his ideas.

To the best of his ability, he’s on good terms with the people around him.

He has good relationships with the people in his life, friends and family.

4. He helps you become a better version of yourself 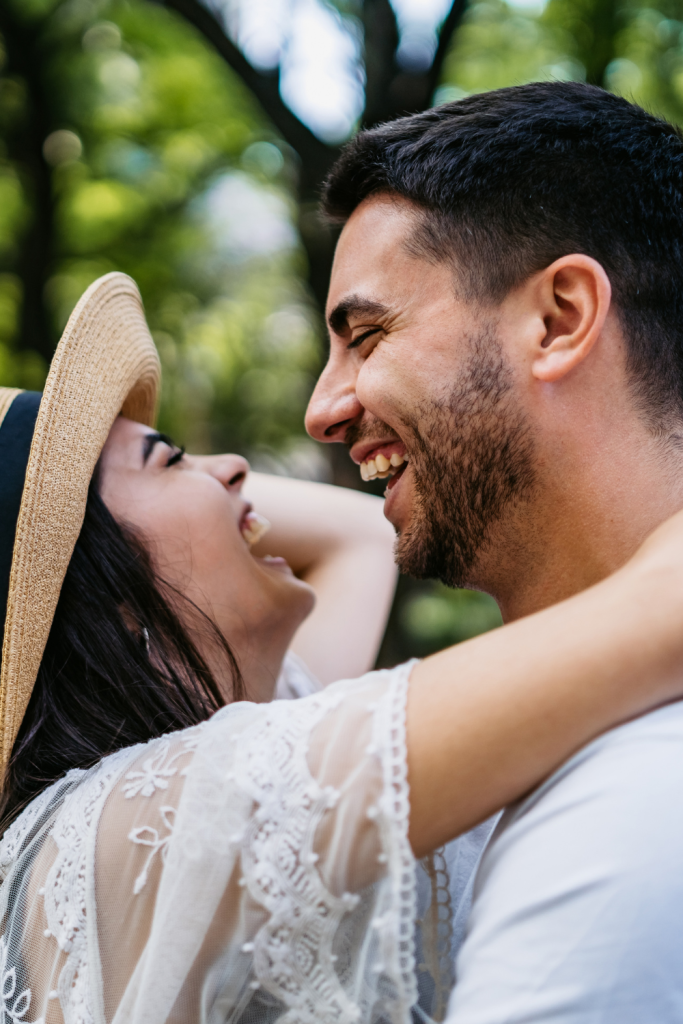 A mature man will be interested in your goals and dreams.

An immature one will be intimidated by them and try to discourage you.

By supporting your goals and also by offering true advice and guidance, a mature man genuinely wants you to succeed and grow.

He encourages you to pursue your goals.

He will remind you to keep working towards your goals, even when you don’t feel like it.

He will be there to help you celebrate when you achieve your goals, and he won’t let his own personal accomplishments get in the way of yours.

I’ve got a man like this in my life, and I’m grateful.

A mature man knows himself and is comfortable in his own skin.

He knows what he wants out of life and goes after it with dedication.

He takes responsibility for his own actions and is aware of his shortcomings.

When you’re dating a mature man, you don’t have to waste time convincing him of his flaws because he knows them already.

He admits when he’s wrong, apologizes and means it.

6. He is open to being vulnerable 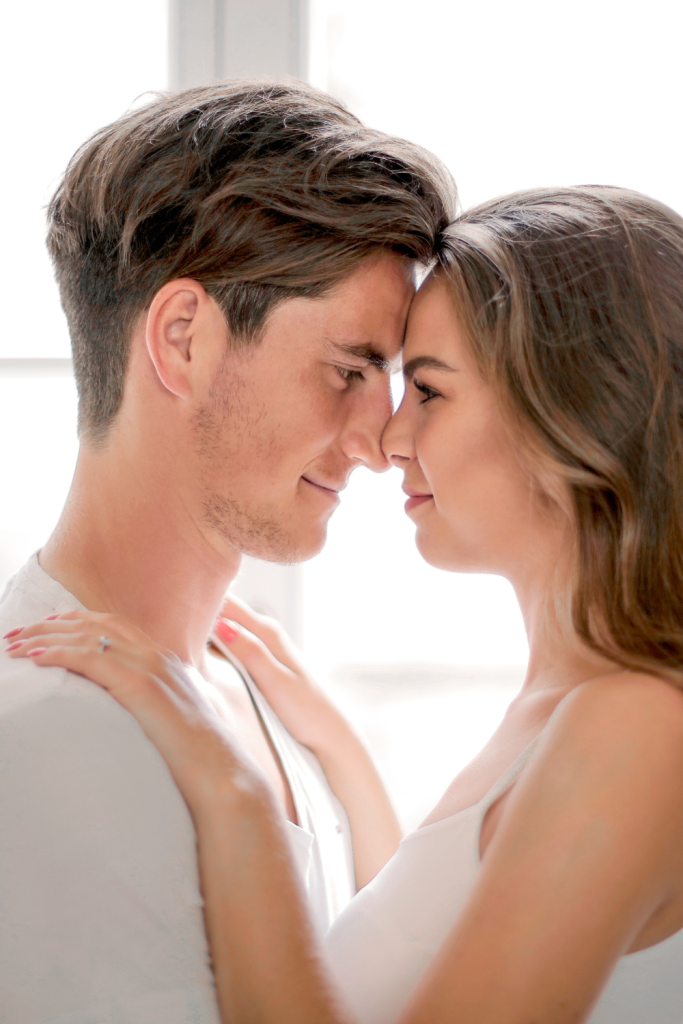 A mature man is not afraid to show his softer side.

He’s not afraid to show his feelings and be open about them.

He understands that being a man doesn’t mean suppressing his emotions.

He might cry in front of you or share something personal, knowing that you won’t judge him or use it against him later on.

He will admit when he’s scared or angry or happy.

He tells you how much he loves being with you and spending time with you.

He’s not afraid to show his feelings or tell you how much he cares about you.

He understands that life is better when you let your guard down and open up to someone else.

7. He isn’t afraid to be silly and goofy sometimes 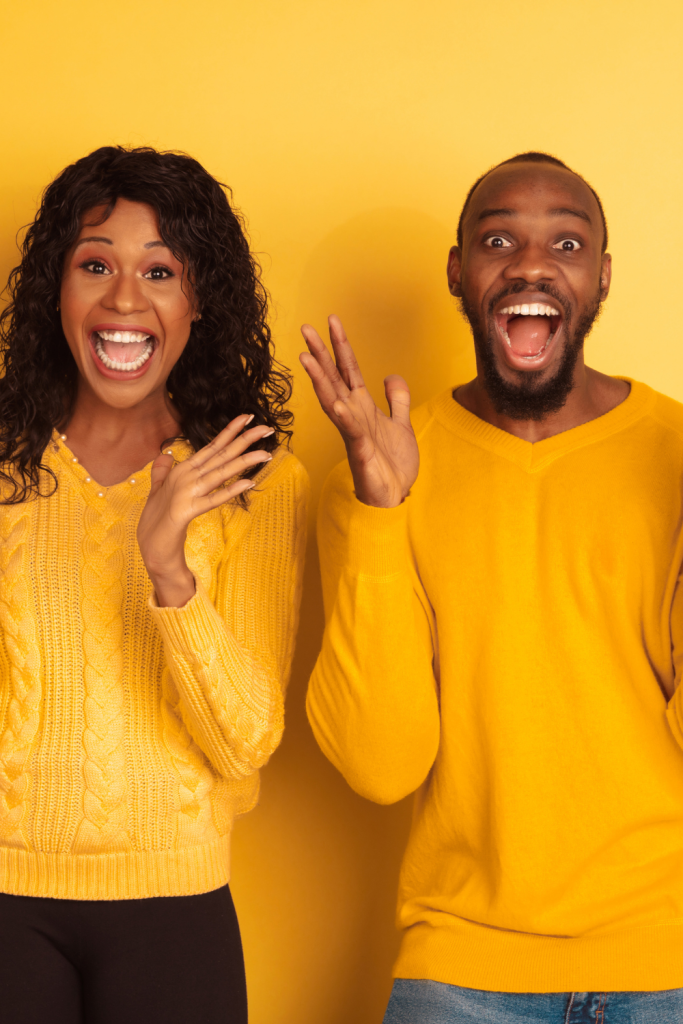 Women have a soft spot for men who are not afraid to act silly.

Some people think that being mature means not laughing out loud when something funny happens in front of them.

Even your significant other might find it cute when you do something goofy and funny sometimes.

It’s okay to laugh at yourself and make jokes about your own shortcomings or failures in life.

Being mature doesn’t mean being uptight.

It simply means having a good sense of humor.

8. He can leave his ego at the door

A mature man is a humble man who understands that there is more to life than him and his accomplishments.

He does not brag about his possessions nor show off needlessly.

He knows that he doesn’t always need to be the center of attention nor have the last word all the time.

He also knows that being right all the time isn’t what makes him attractive or important, it’s how he treats others and how they respond when they’re around him.

Mature men know when their way isn’t working, so they’re open minded enough to try something new if it means getting better results.

There are no downsides to dating a mature guy.

It is all benefits.

A mature man is not a perfect man but he will surely make you feel safe and secure in the relationship.

If you ever find yourself dating a guy like this, make it work. 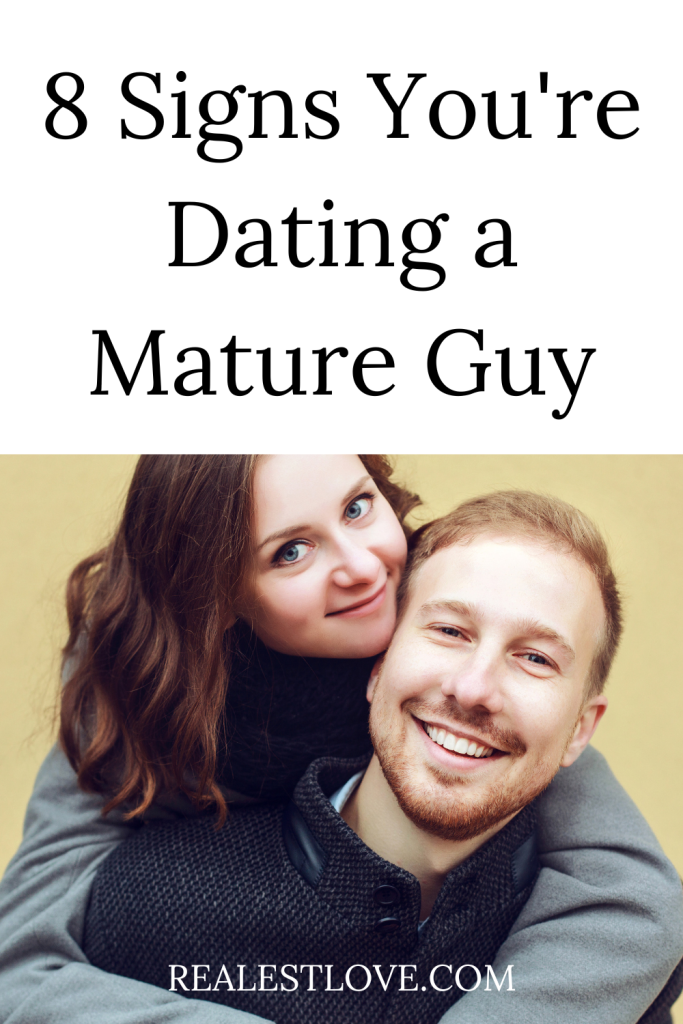